Millions of residents without power after utility cuts electricity as precaution

Gov. Gavin Newsom said in a statement that officials were deploying "every resource available" to respond to the wildfires, including a large blaze in Northern California's wine country powered by gusts that reached more than 164 km/h. California Fire officials said Sunday that the fire had grown to burn over 220 square kilometres, and officials reported containment had dropped to five per cent. At least 94 structures have been destroyed.

In the San Francisco Bay Area, two grass fires briefly halted traffic on an Interstate bridge. The flames came dangerously close to homes in Vallejo. Another grass fire closed a stretch of interstate that cut through the state capital as smoke obstructed drivers.

In the south, a wildfire in the Santa Clarita area near Los Angeles destroyed 18 structures. As of Sunday, the Tick Fire was 65 per cent contained.

Watch as residents flee from the Kincade Fire in Northern California: 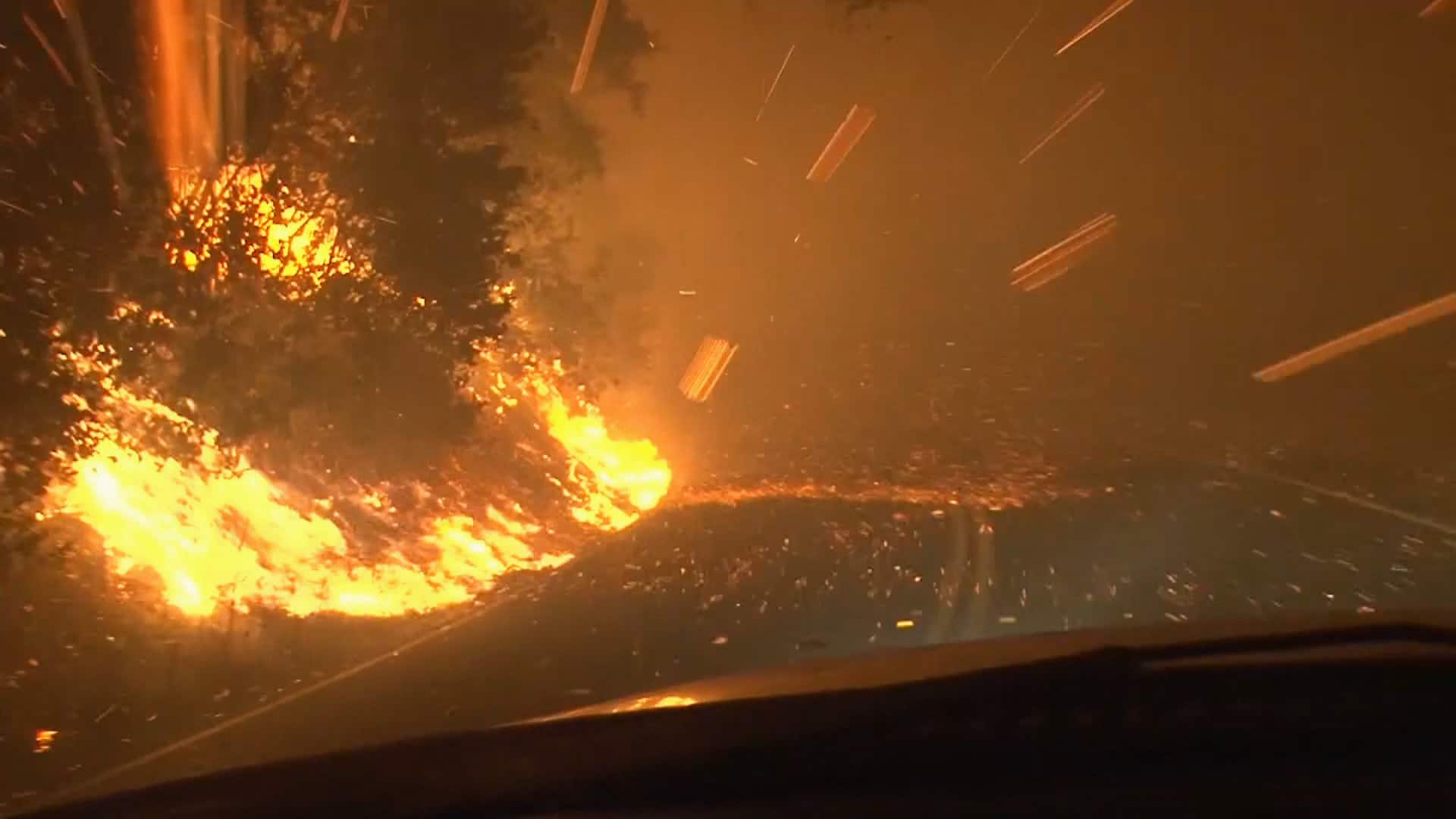 The biggest evacuation was in Northern California's Sonoma County where 180,000 people were told to pack up and leave, many in the middle of the night.

To prevent its power lines from sparking in the high winds and setting off more blazes, Pacific Gas & Electric said Sunday that preventative shut-offs impacted 965,000 customers and another 100,000 lost electricity because of strong gusts, bringing the number of residents impacted by blackouts to nearly 2.7 million people.

PG&E officials say they are expecting strong winds to whip up again Tuesday and that they have notified 500,000 customers — or more than a million people — that they are likely to have their power turned off for the third time in a week. Some of those people might not have their power restored from the current outage before the next major shutdown, which would leave them without electricity for five days or longer, said Mark Quinlan, PG&E's emergency preparedness and response director.

The fear that the winds could blow embers and spread fire across a major highway prompted authorities to expand evacuation orders that covered parts of Santa Rosa, a city of 175,000 that was devastated by a wildfire two years ago.

"This is the largest evacuation that any of us ... can remember," the Sonoma County Sheriff's Office tweeted Sunday. "Take care of each other."

Hundreds of people arrived at the Sonoma County Fairgrounds in Santa Rosa by Sunday. Some came from senior care facilities. More than 300 people slept inside an auditorium filled with cots and wheeled beds. Scores of others stayed in a separate building with their pets.

Among them was Maribel Cruz, 19, who packed up her dog, four cats and fish as soon as she was told to flee her trailer in the town of Windsor, about 97 kilometres north of San Francisco. She also grabbed a neighbour's cat.

"I'm just nervous since I grew up in Windsor," she said. "I'm hoping the wind co-operates."

Watch as firefighters battle the flames: 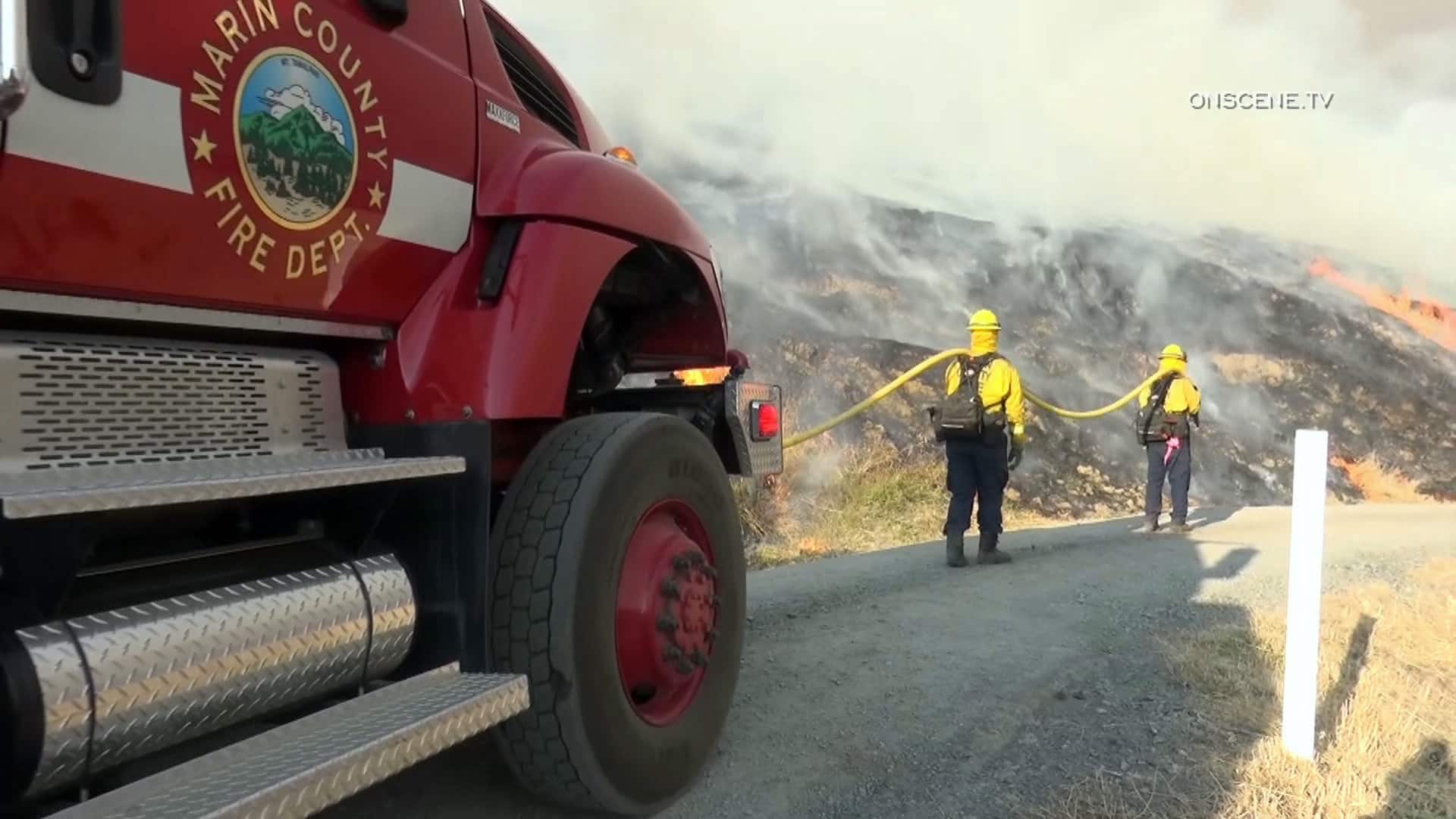 1 year ago
0:59
Firefighters near San Francisco battle the Kincade Fire from the air and on the ground. 0:59

Sonoma County Sheriff Mark Essick urged residents in the evacuation zone that stretched from the wine country to Bodega Bay on the coast to get out immediately, citing the 24 lives lost when fire swept through the region in October 2017.

"Although I've heard people express concerns that we are evacuating too many people, I think those concerns are not valid at this point," Essick said at a news conference Sunday, noting that the winds pushed fire toward the towns of Healdsburg and Windsor overnight.

A historic attraction outside Healdsburg was lost Sunday when embers carried by wind sparked a blaze that engulfed the Soda Rock Winery. Buildings included a general store and post office founded in 1869.

In central California, a tree toppled in strong winds Sunday killed a woman and injured a man who was taken to a hospital, officials said.

In the San Francisco Bay Area, gusts knocked over a nine-metre tree at a farmers' market in Martinez, injuring nine people, including a toddler. Six people left with injuries that were not life-threatening were taken to a hospital, police said.

Watch an aerial video of the fire: 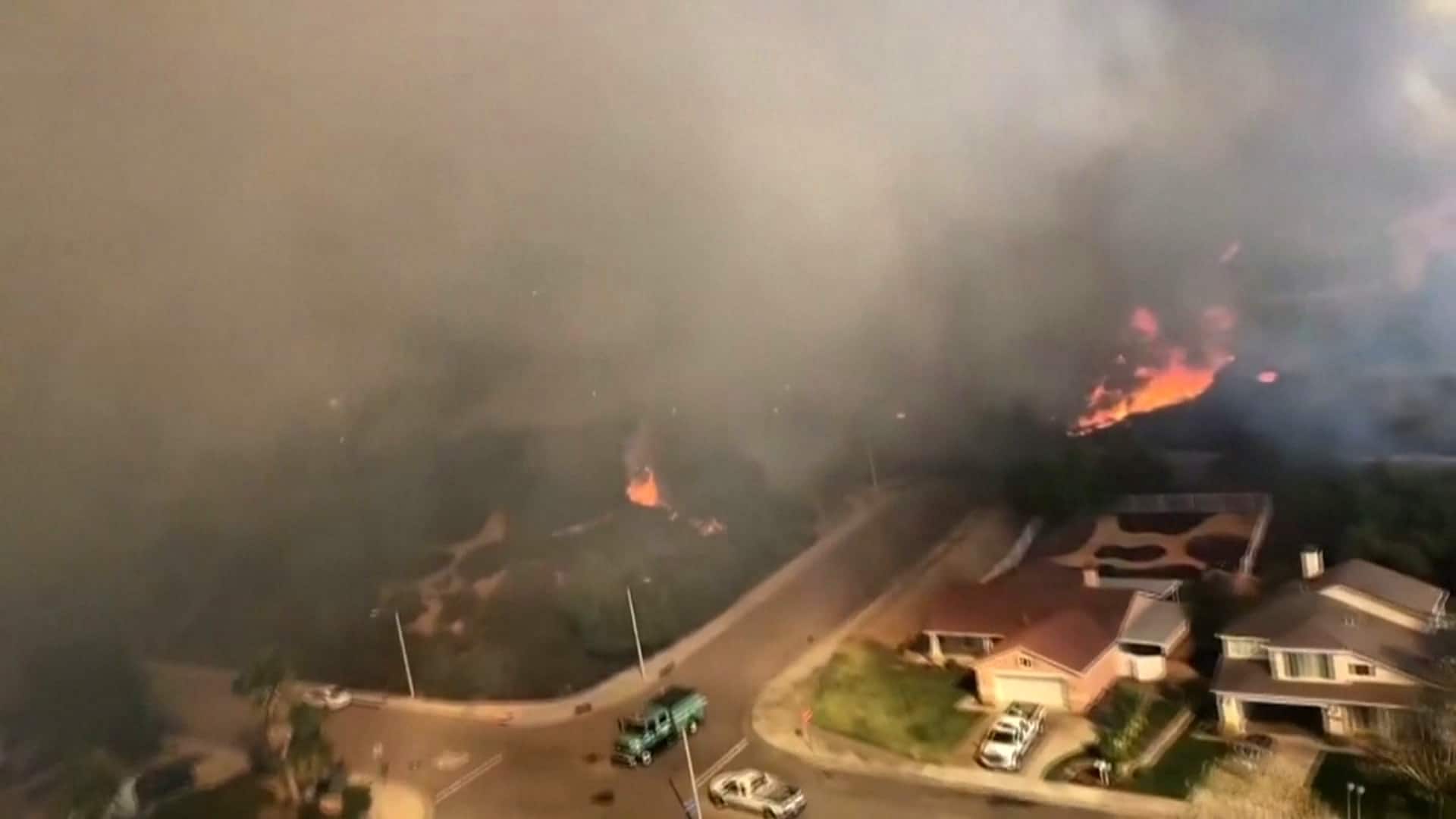