California fighting its biggest ever wildfire

California's biggest wildfire on record is expected to burn for the rest of the month, fire officials say, as hot and windy conditions challenged thousands of fire crews battling eight major blazes that are out of control.

Mendocino Complex, made up of 2 fires, is expected to burn for the rest of the month

The Mendocino Complex, made up of two fires, grew to 117,639 hectares — nearly the size of Los Angeles — and was expected to burn for the rest of the month, the California Department of Forestry and Fire Protection (Cal Fire) said.

The Mendocino Complex has surpassed the Thomas Fire, which burned 114,078 hectares in Santa Barbara and Ventura counties in southern California last December and destroyed more than 1,000 structures.

The fires burning in the state are on track to make 2018 California's most destructive wildfire year in over a decade and have rekindled arguments over how the state should tackle the problem. 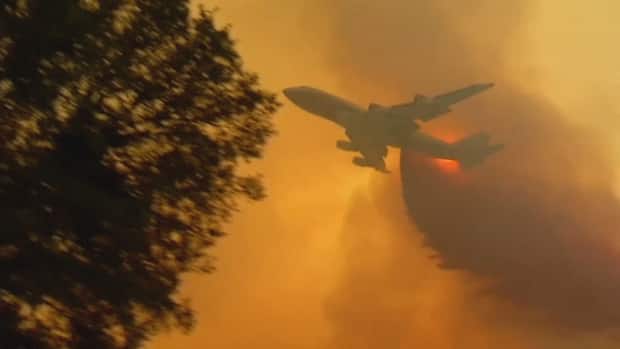 Brown, a Democrat, and state Republicans like Sen. Ted Gaines, have called for thinning of overcrowded forests, a move opposed by environmentalists who fear it would kill wildlife. Climate change is widely blamed for higher temperatures that have fueled wildfires not only in California, but places such as Portugal, Sweden and Siberia.

Temperatures in Northern California could reach 43 C over the next few days, the National Weather Service said, making it easier for fire to spread.

The Mendocino Complex has burnt 75 homes and forced the evacuation of more than 23,000 people.

Firefighters are trying to keep fire out of homes built in woods and forests near communities such as Nice, Lucerne and Clearlake Oaks.

"It's going into residences, backyards, farmland," said Mitch Bosma, a spokesman with Cal Fire for the Mendocino Complex Fire.

Across the state, 14,000 firefighters fought blazes that have blackened over 250,000 hectares. The Carr Fire, blamed for seven deaths in the Shasta-Trinity region north of Sacramento, was 47 per cent contained.

The Holy Fire was moving rapidly into the Cleveland National Forest, which straddles Orange and Riverside counties. The blaze and its plume of smoke were visible from as far away as Catalina Island just offshore Los Angeles.