Health officials say two people died with the coronavirus in California weeks before the first reported U.S. death from COVID-19.

Health officials say two people died with the coronavirus in California weeks before the first reported U.S. death from COVID-19.

Santa Clara County officials said Tuesday the people died at home Feb. 6 and Feb. 17. Before this, the first U.S. death from the virus had been reported on Feb. 29 in Kirkland, Wash.

Officials in Santa Clara said they received confirmation Tuesday that tissue samples sent to the U.S. Centers for Disease Control and Prevention tested positive for the virus

The announcement came after California Gov. Gavin Newsom promised a "deep dive" update Wednesday of the state's ability to test for the coronavirus and to track and isolate people who have it, one of the six indicators he says is key to lifting a "stay-at-home" order that has slowed the spread of the disease while forcing millions of people to file for unemployment benefits.

WATCH | Surfers take to the waves in California: 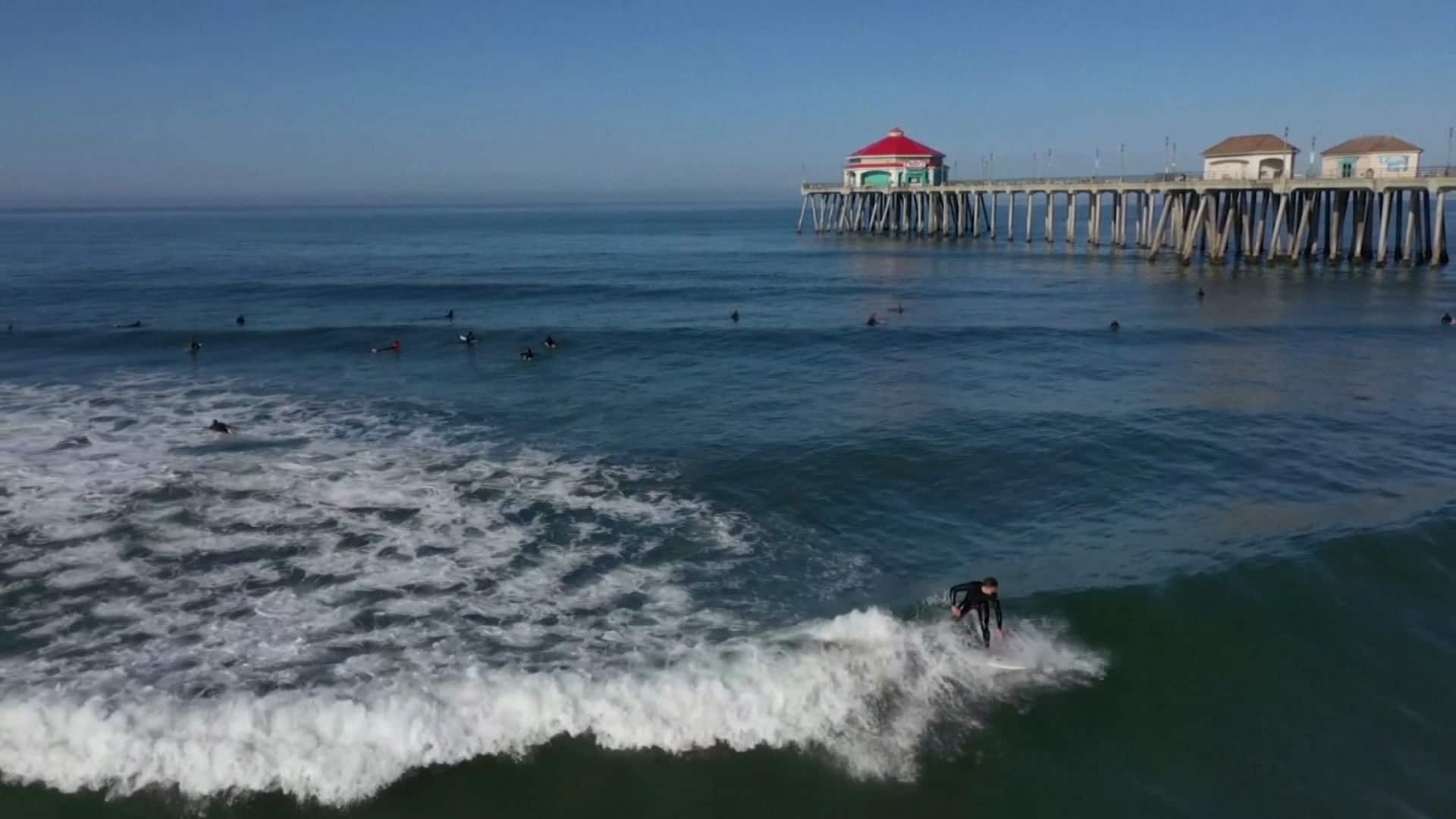 Surfers take to the waves in California

At that briefing, Newsom said that, due to the performance of one of those indicators — how hospitals and health care facilities are dealing with the pandemic — the state will once again allow them to begin scheduling surgeries after they were postponed due to the disease's spread.

Still, Newsom warned that the state was not on the verge or re-opening soon.

"I wish i could prescribe a specific date, to say 'Well we can turn out the light switch and go back to normalcy,'" Newsom said. "We have tried to make it crystal clear that there's no light switch, and there is no date in terms of our capacity to provide the kind of clarity that I know so many of you demand, and deserve. "

On Tuesday, Newsom said the state is testing an average of 14,500 people per day, up from just 2,000 tests per day at the beginning of April. Still, in a state of nearly 40 million people, that's not enough for public health officials to know for sure the reach of the highly contagious virus that is still causing outbreaks across the state in nursing homes and homeless shelters.

Newsom said he wants the state to test at least 25,000 people per day by the end of April.

Over the weekend, the California Department of Public Health issued new testing guidance that, for the first time, recommends testing for people in high-risk settings even if they do not have symptoms. The new advice is aimed at hospitals, jails and homeless shelters — three places where physical distancing is difficult. 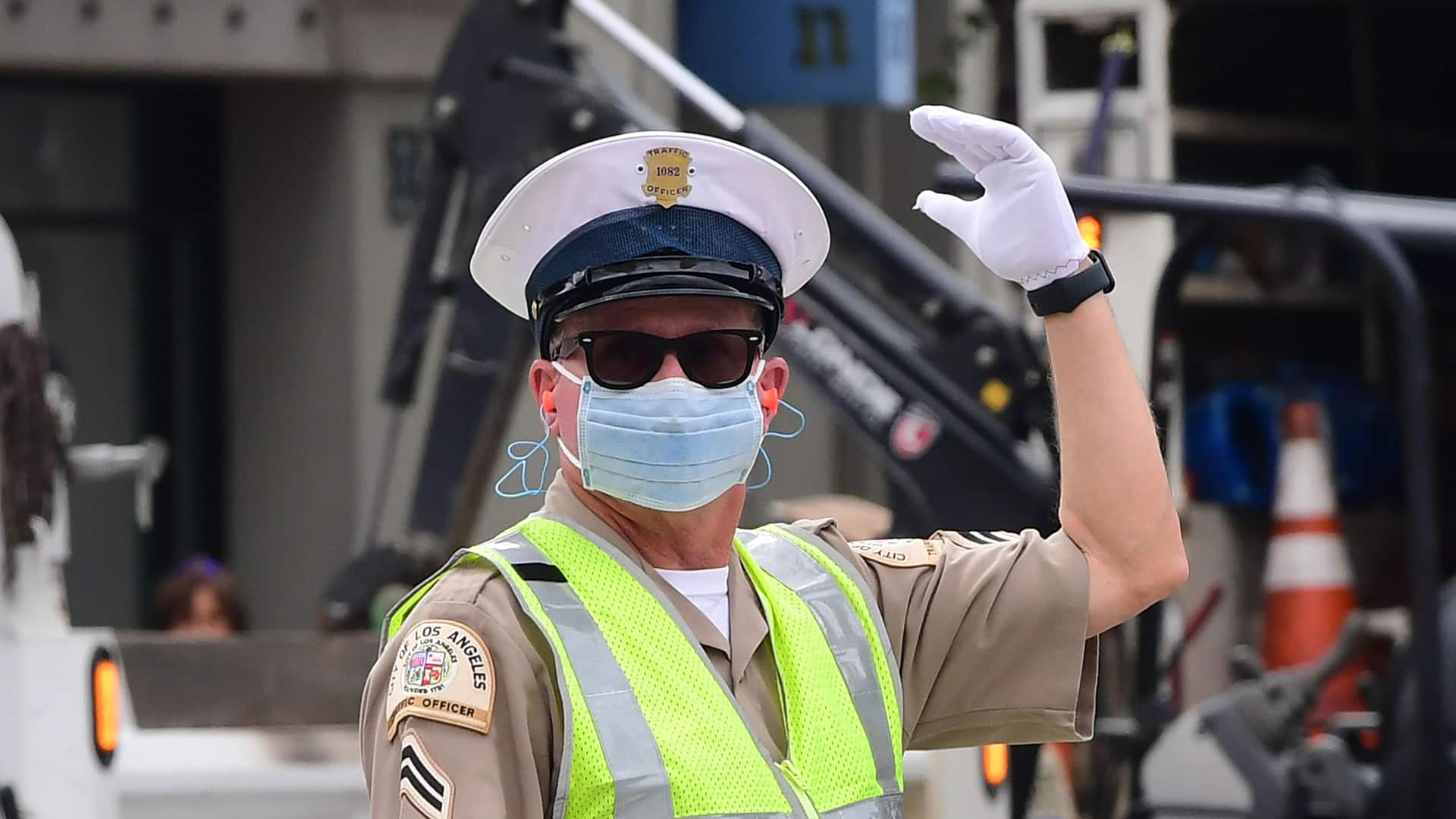 9 months agoVideo
2:07
Officials in California believe the COVID-19 curve is flattening in their state and they're crediting early physical distancing measures, but the mayor of Los Angeles is also telling residents to expect concerts and events to be on hold for some time to ward off a "second wave" of the virus. 2:07

California has more than 35,600 confirmed coronavirus cases and 1,300 deaths, according to data compiled by Johns Hopkins University. Over the seven-day period ending on Sunday night, the number of deaths in California nearly doubled, and the number of new cases increased by nearly 50 per cent, state data showed.

There have been more than 45,000 deaths in the U.S., according to Johns Hopkins.

For most people, the new coronavirus causes mild or moderate symptoms, such as fever and cough that clear up in two to three weeks. For some, especially older adults and people with existing health problems, it can cause more severe illness, including pneumonia and death.

California has been under a mandatory, statewide stay-at-home order for more than a month. Last week, Newsom said he won't consider loosening that order until hospitalizations, particularly those in intensive care units, flatten and start to decline for at least two weeks. Tuesday, Newsom announced intensive care hospitalizations rose 3.8 per cent.

Other indicators Newsom said he is monitoring include whether the state has adequate protective gear for health-care workers, better treatment for the disease and expanded testing.

Some businesses itching to restart

Some local governments are already loosening their stay-at-home orders. Officials in Riverside County, east of Los Angeles, have allowed public and private golf courses to reopen while limiting play to foursomes, requiring physical distancing and face coverings and banning caddies, gatherings and dining in clubhouses.

"A lot of people are happy," Zabala said. "People have expressed relief as far as we're finally open."

Newsom said his administration is getting calls from local governments around the state with questions about how they might gradually loosen their stay-at-home orders.

"Everybody has a different timeline. So that's the challenge," Newsom said.

Newsom's news conference, scheduled for noon Wednesday, will be watched closely by business groups who are clamouring to reopen so they can start paying their workers again.

"We just hope [Wednesday] we might hear of some additional steps from the governor that small businesses will be able to take towards opening their doors and turning their lights on," said John Kabateck, state director of the National Federation of Independent Business.

Restaurants were some of the first businesses ordered to close because of the virus outbreak, and they have suffered some of the heaviest job losses.

A survey of restaurant operators conducted by the National Restaurant Association found more than one million workers had either lost their jobs or been furloughed since March — at least 70 per cent of all restaurant employees that were working in February.

But like most industries, restaurant operators are torn between the desire to get back to work and not wanting to rush back too soon and risk setting off another deadly outbreak of the disease, said Jot Condie, CEO of the California Restaurant Association.

"We're hopeful that we get this right the first time."