Why ISIS wants a 'clash of civilizations'

Few people understand ISIS like Pieter Van Ostayen. The expert in European jihadism sees ISIS lusting for bloodshed in Europe as it loses ground in Iraq and Syria. 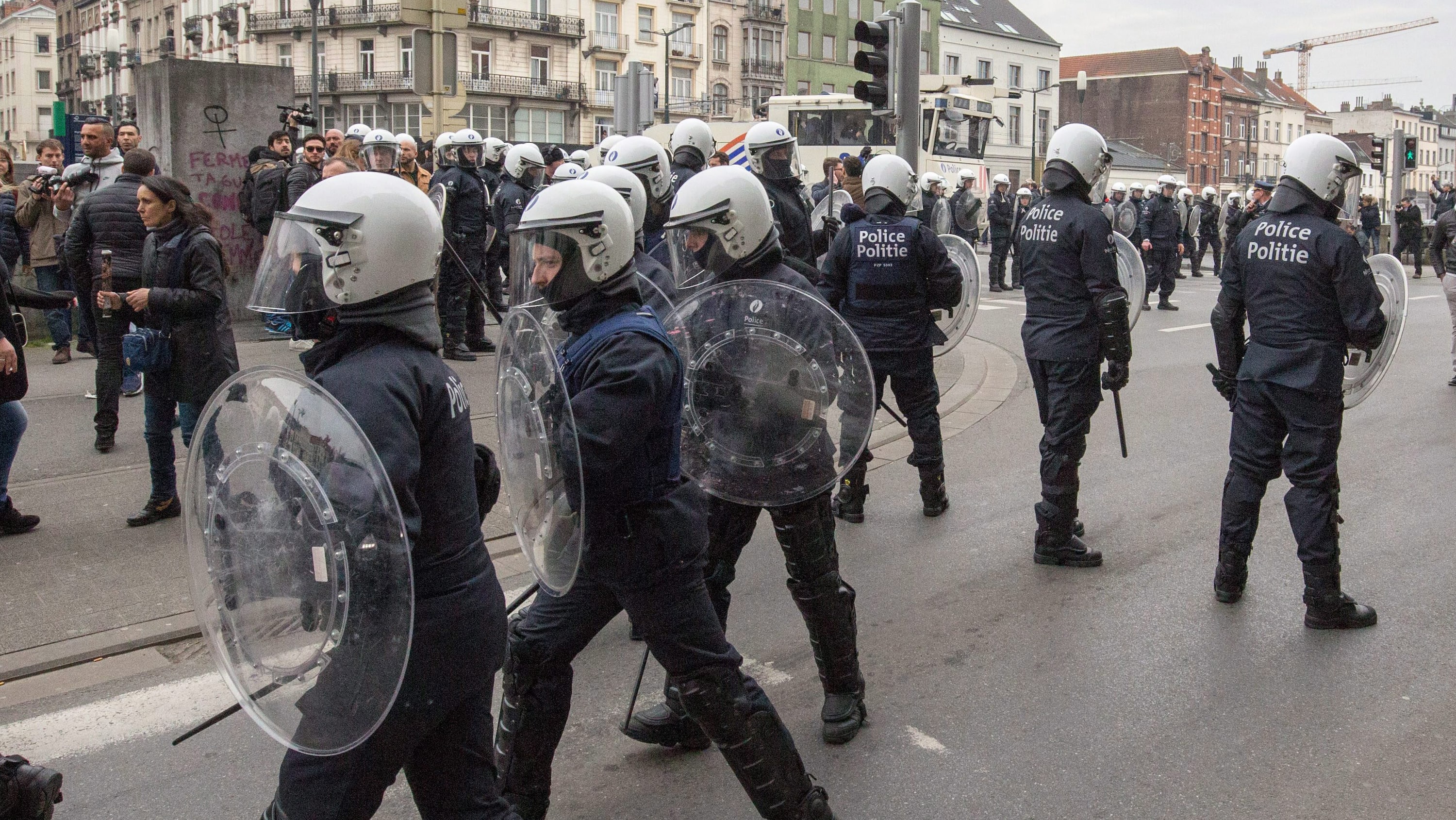 5 years agoVideo
12:01
ISIS clearly wants to destabilize Europe, but does Europe have a plan to deal with ISIS? Adrienne Arsenault looks at the mistakes made ahead of the Brussels attacks. 12:01

The rash of arrests in Brussels late last week may impress some, but don't expect showers of praise for Europe's intelligence agencies from Pieter Van Ostaeyen.

"They're like a bunch of blind men," he says in his spectacularly blunt way. "Nobody knows what they are looking for, where they should look for it, who to look for. It's like this network will basically only grow. It's not like they are even close, in my opinion, to stopping this."

This isn't a cheap shot from a man being glib. It's a sad warning from a man who should know.

Van Ostaeyen is a Middle East historian, an Arabist, a lover of Syria, a multilingual maestro. For years, from his tiny apartment in Mechelen, Belgium, he has tracked, studied and communicated with European jihadists who joined ISIS and other extremist groups.

His contacts are vast and eyebrow-raising. When we first met in November to talk about the network behind the Paris attacks, he had to break from the interview to read a text from an al-Qaeda contact. They often berate him, try to convert him and sometimes just answer his questions.

Few understand ISIS like Van Ostaeyen. And what he sees now is a mutation in the group, in the rhetoric and the recruiting. He points out that the language is less about Islamic fundamentalism and is increasingly focussed on the notion of revenge.

"What they really want … is the clash of civilizations," he says. Revenge for what ISIS claims the West has done to Iraq and Syria. And the more ground ISIS loses there, the more the group lusts for bloodshed in Europe.

Along the railway line

The shift in language may coincide with recruiting patterns.

After the Paris attacks, Van Ostaeyen pulled out a map and pointed to a train line between Antwerp and Brussels. It was the towns along that line, he said, that were home to the bulk of the foreign fighters from Belgium.

Radical clerics used to preach in those towns, he said. They groomed dozens of young men. They turned them into fundamentalists and then into jihadists. And those young men were the ones investigators worried about. But it's different now.

It is in the south, to Brussels, specifically in the neighbourhood of Molenbeek, where a whole separate network developed. It appears now that it is largely recruits to that network who were tied to the Paris and Brussels attacks.

These weren't lost youths turned by notorious street clerics. They were thugs and crooks sucked in by a man named Khalid Zerkani.

Nicknamed Papa Noel, the heavyset, bearded man handed out gifts of phones and electronics and games to his charges.

He taught the uninitiated how to steal from tourists in order to raise funds for training trips to Syria. His ambitions were more about violence than about religious fundamentalism. And his pitch to those under his spell was that their criminal backgrounds were exactly what ISIS needed

Van Ostaeyen identifies this as one of the key reasons investigators have been unable to get ahead of the ISIS network in Europe.

He points to the Brussels suicide bombers Ibrahim and Khalid El Bakraoui as prime examples.

"They weren't known as radicals. They were known as hardened criminals. The police were using two lists. The list of people you should be looking for because they are known for radical Islam, and the other list, people known for violent crimes. But they didn't cross-reference them. Nobody actually had any idea that they had to look on the other list."

He says the allure of criminals for ISIS is significant. They have useful connections to weapons, money laundering, fake IDs, safe houses. And, crucially, they aren't as hard to convince to engage in violence.

When asked if ISIS is handpicking them for this reason Van Ostaeyen nods, "In a way, yes."

Belgian investigators tracked Zerkani's network for two years, resulting in several arrests in 2014, including Zerkani himself. He has been sentenced to 12 years in jail for participating in a terrorist organization. He is appealing.

But Europe's security agencies are a long way from understanding the extent of the network he built. And this is part of what frustrates Van Ostaeyen.

"They are not, at this point, capable of even identifying the core of this network, where is it coming from, who is behind it all," he says, shaking his head.

There is something distinctly pessimistic about him. He has seen Syria, a country he fell in love with, destroyed. And he now sees his home, Belgium, enduring violence worse than anything since the Second World War.

We asked him his theory about the network's reach and this man who usually has a ready answer just stops.

But he did offer this conclusion.