Britons braced for several more weeks in lockdown, as Prime Minister Boris Johnson was moved out of intensive care Thursday, following three nights in the unit for treatment of his coronavirus infection.

The prime minister is 'in extremely good spirits,' according to his office

Prime Minister Boris Johnson has left intensive care as he continues to recover from COVID-19 and is "in extremely good spirits," his office said on Thursday evening.

In a statement, a spokesperson at 10 Downing Street said Johnson "has been moved … from intensive care back to the ward, where he will receive close monitoring during the early phase of his recovery."

Johnson had been in intensive care for three days after his COVID-19 symptoms worsened. He tested positive for the coronavirus two weeks ago and at first had only "mild" symptoms. 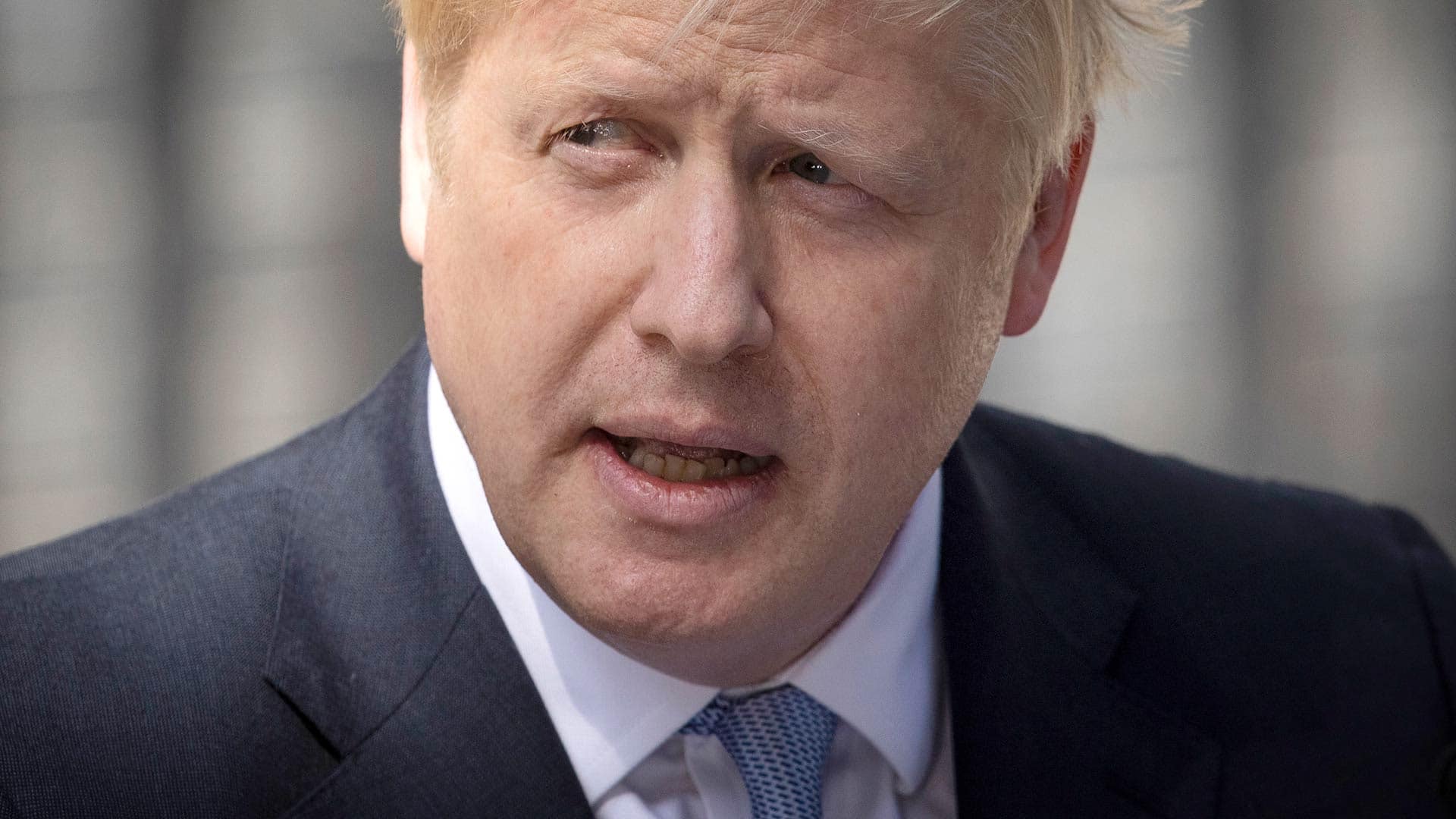 11 months ago
3:37
Adrienne Arsenault takes a closer look at how Britain’s approach to managing the deadly virus has evolved since the first cases at the end of January. 3:37

His condition appeared to be improving over the past day or so. Earlier Thursday, Foreign Secretary Dominic Raab, who has been deputizing for the prime minister during key meetings, said Johnson was "making positive steps forward."

U.S. President Donald Trump tweeted that the improvement in Johnson's condition was "great news," while news of Johnson's ongoing recovery prompted a small rise in the value of sterling against the dollar.

Meanwhile, the U.K. government's COBRA crisis committee met to discuss whether to extend restrictions on public activity and people's movements imposed March 23 to try to slow the spread of the virus.

"It's still too early to lift the measures," Raab said in a briefing Thursday. "We're starting to see the impact of the sacrifices we've all made, but the deaths are still rising and we haven't yet reached the peak of the virus."

The government and its scientific experts would assess the evidence again next week, he said.

Scottish First Minister Nicola Sturgeon predicted before the meeting there was no prospect of the lockdown being "lifted immediately or even imminently."

For most people, COVID-19 causes mild to moderate symptoms such as fever and cough. But for some, especially older adults and the infirm, it can cause pneumonia and in some cases death. 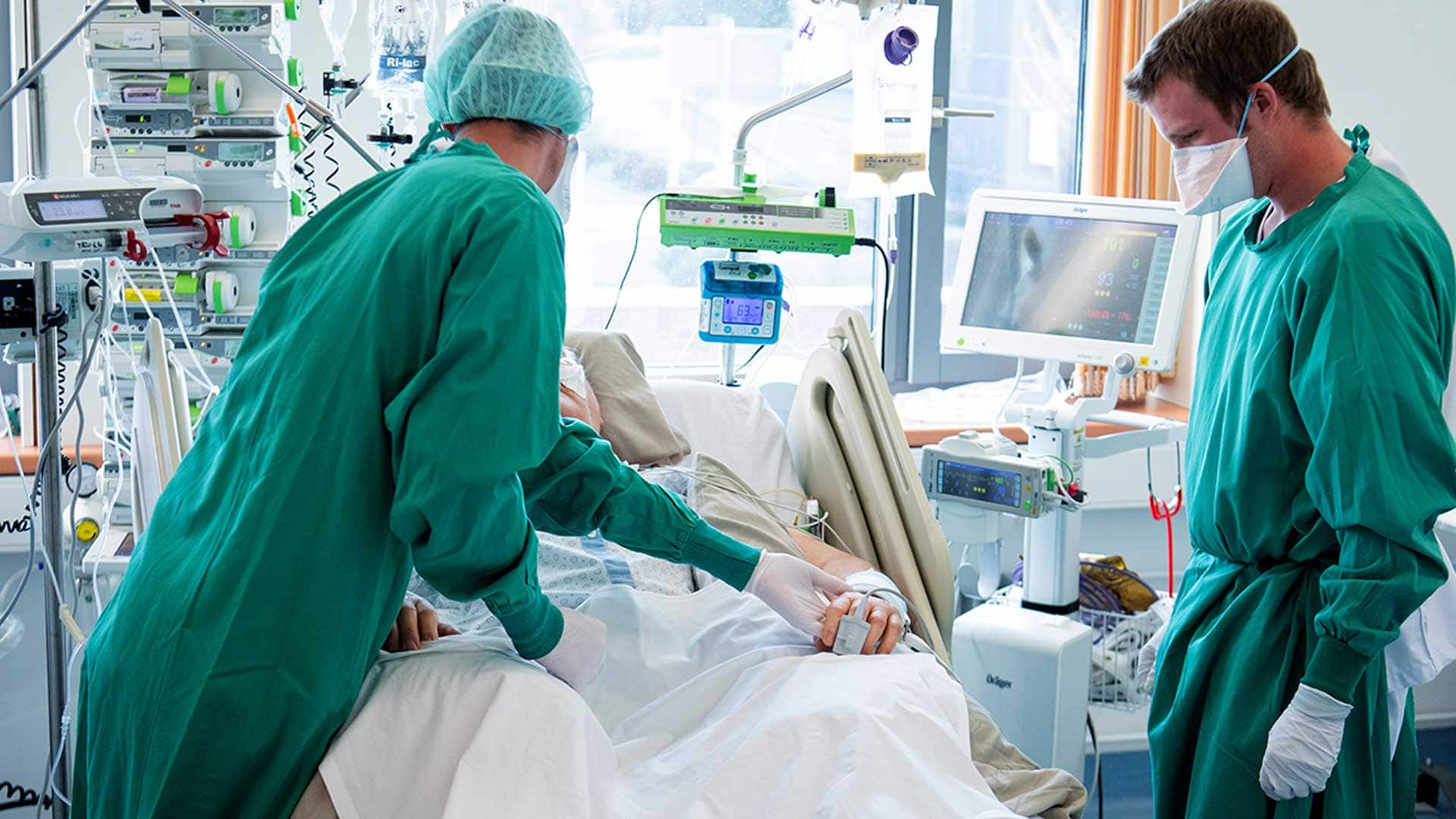 What happens when you’re in the ICU with COVID-19

11 months ago
2:00
A look at how sick someone has to be to be taken to the ICU, what the treatment might be and what recovery could look like. 2:00

A total of 7,987 people with the coronavirus have so far died in British hospitals, according to Raab, an increase of 881 since the last government update. Not all the U.K. deaths reported each day occurred in the preceding 24 hours, and the total only includes deaths in hospitals.

Johnson's government was slower than those in some European countries to impose restrictions on daily life in response to the pandemic, leading his critics to accuse him of complacency. Britain also had one of the lowest numbers of hospital beds per capita in Western Europe before the pandemic, with only about 5,000 intensive-care beds nationwide.

That number has been increased vastly in the past few weeks, both by converting other areas of hospitals to treat COVID-19 patients and by building temporary facilities, including a 4,000-bed hospital at London's ExCel conference centre.

So far, British hospitals have been stretched but not overwhelmed, But some medics say they are struggling and still have not received adequate supplies of personal protective equipment, or PPE.

"We're still, by and large, wearing the same equipment that we were a few weeks ago," said Dr. Nishant Joshi, an accident and emergency doctor who works in a hospital north of London.

"We're getting a higher volume of patients, and they are more unwell and they're probably more contagious."

Slack, the prime minister's spokesperson, said "we are confident that enough supply is now reaching the front line," and that the government was working urgently to sort out any distribution problems with protective equipment.

Meanwhile, the Bank of England has agreed to temporarily lend the government money if needed to help finance its massive COVID-19 spending plans, reviving a measure used during the 2008 financial crisis.

Sensitive to claims it is resorting to "monetary financing," or permanently supporting government spending by printing money, the bank stressed its move was a short-term measure — with any money borrowed to be repaid by the end of 2020.

Bank governor Andrew Bailey said Sunday that monetary finance was anathema to central bankers and has linked it to hyperinflation in 1920s Germany and later Zimbabwe.

"As a temporary measure, this will provide a short-term source of additional liquidity to the government if needed to smooth its cashflows and support the orderly functioning of markets, through the period of disruption from COVID-19," the bank said in Thursday's joint finance ministry statement.

Johnson's government has made historic spending and tax cut pledges costing tens of billions of pounds as the economy plunges into potentially its biggest downturn in over a century.

The Bank of England has also worked closely with the government on joint measures to lend money to businesses hit by the crisis.