In the era of Trump, journalists more apt to blend opinion with facts

Journalists in the era of Trump are more apt to inject opinion into their news programs than in the past — and CNN's Brian Stelter says that's a good thing.

U.S. cable networks have never shied away from polarizing opinions or blustery bombast. Some would argue it's their bread and butter. But traditionally those opinions came largely from guests or program hosts who identify themselves as commentators, not journalists. Think Fox TV's Sean Hannity, for example.

But something seems to have changed since the election of U.S. President Donald Trump. Now, even those who describe themselves as objective journalists are frequently injecting opinion into their news programs.

Stelter doesn't see the injection of opinion as problematic, casting it as an important way to help viewers understand what's really happening.

Context is indisputably useful in helping an audience understand why a particular document or comment can have a pivotal effect on a story, given the complexity of issues like tax reform or immigration.

But recently, some cable news anchors are going much further than that.

Ashleigh Banfield, who works on CNN's headline news network HLN, recently spoke directly into the camera and aimed an angry lecture at the woman who levelled sexual assault accusations against actor Aziz Ansari.

"What you have done, in my opinion, is appalling," she told the woman, clearly framing her words as something more than context.

And in this new environment of pointed opinions, most have been directed at Trump.

Such as those expressed by CNN evening news anchor Don Lemon, who's frequently taken to starting his nightly program with critical, sometimes personal appeals to the president to change his behaviour.

"The president is ignorant of history. He does not know context. He should be ashamed of himself," Lemon argued at the start of his August 16 news program before turning to his guests to discuss Trump's comments about a white nationalist rally in Charlottesville, Virginia.

Stelter suggests the kind of aggressive, personalized commentary we're now seeing comes from "the daily dishonesty from the president and his aides."

"That's a big part of the reason why there has been this more adversarial approach in the coverage in the past year," he said.

But Stelter also says he believes the tone is a reflection of personal style, not a directive from media bosses. He points to how various anchors at CNN recently handled the president's use of the words "shithole countries" in describing some African nations.

"I think the day the s-hole comments were published by the Washington Post you saw different anchors take different approaches. For example, Wolf Blitzer didn't say the word; other anchors did. Some anchors said it was a racist remark. Don Lemon went further and said the president is racist. I think there is room in cable news, in television news, for a variety of approaches."

Even at a time when journalists everywhere are trying to win back the trust of audiences who've become increasingly sceptical about truth in journalism, Stelter says he doesn't think the blend of opinion and fact makes that task more difficult.

"We need to educate our audience why we do what we do, and how we do what we do every day, in order to gain their trust," he said, adding, "If I'm on the air and I'm saying that President Trump is wrong — or any other politician, for that matter, is wrong about something — I need to back it up and I need to show it.

"Sometimes we [in the news media] have done a bad job at telling the audience how we do our jobs." 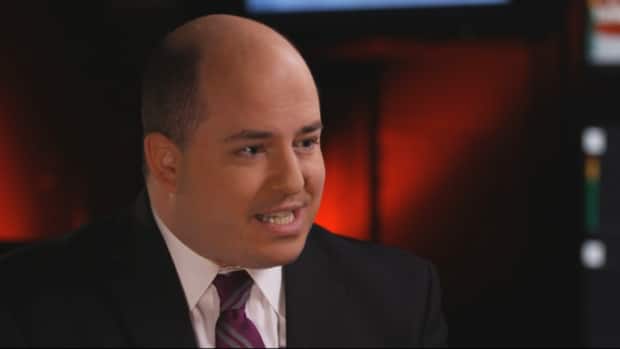 3 years ago
5:56
CNN's Brian Stelter has made a name as a media watchdog. What does he think about the slide to subjectivity in cable news? And how should the news media handle Donald Trump's attacks and 'fake news' smear? Watch The Investigators Saturdays at 9:30 pm ET and Sundays at 5:30 pm ET on CBC News Network. 5:56

Also this week on The Investigators, Toronto freelance journalist Justin Ling tells Diana Swain why he suspected a serial killer was at work in the city long before police did. And The Fifth Estate's Bob McKeown and Harvey Cashore talk about the challenges of covering the murder investigation into the deaths of billionaires Barry and Honey Sherman.