Lawmakers in the U.K. have dealt a crushing defeat to Prime Minister Theresa May's Brexit deal, throwing Britain's exit from the European Union into renewed turmoil and setting the stage for a non-confidence vote tomorrow in the British Parliament.

Lawmakers in the U.K. have dealt a crushing defeat to Prime Minister Theresa May's Brexit deal, throwing Britain's exit from the European Union into renewed turmoil and setting the stage for a non-confidence vote tomorrow in the British Parliament.

Tuesday's vote was 432 to 202 — the biggest government defeat in the House of Commons in almost a century —  and was followed minutes later by a formal call for the vote of non-confidence by Opposition Labour Leader Jeremy Corbyn.

Parliament will hold a debate and vote on the non-confidence motion on Wednesday, although the Northern Ireland Democratic Unionist Party, which props up May's minority government, said it will not support the motion.

May told Parliament moments after the result was announced: "We need to confirm whether this government still enjoys the confidence of the House. I believe that it does, but given the scale and importance of tonight's vote, it is right that others have the chance to test that question if they wish to do so." 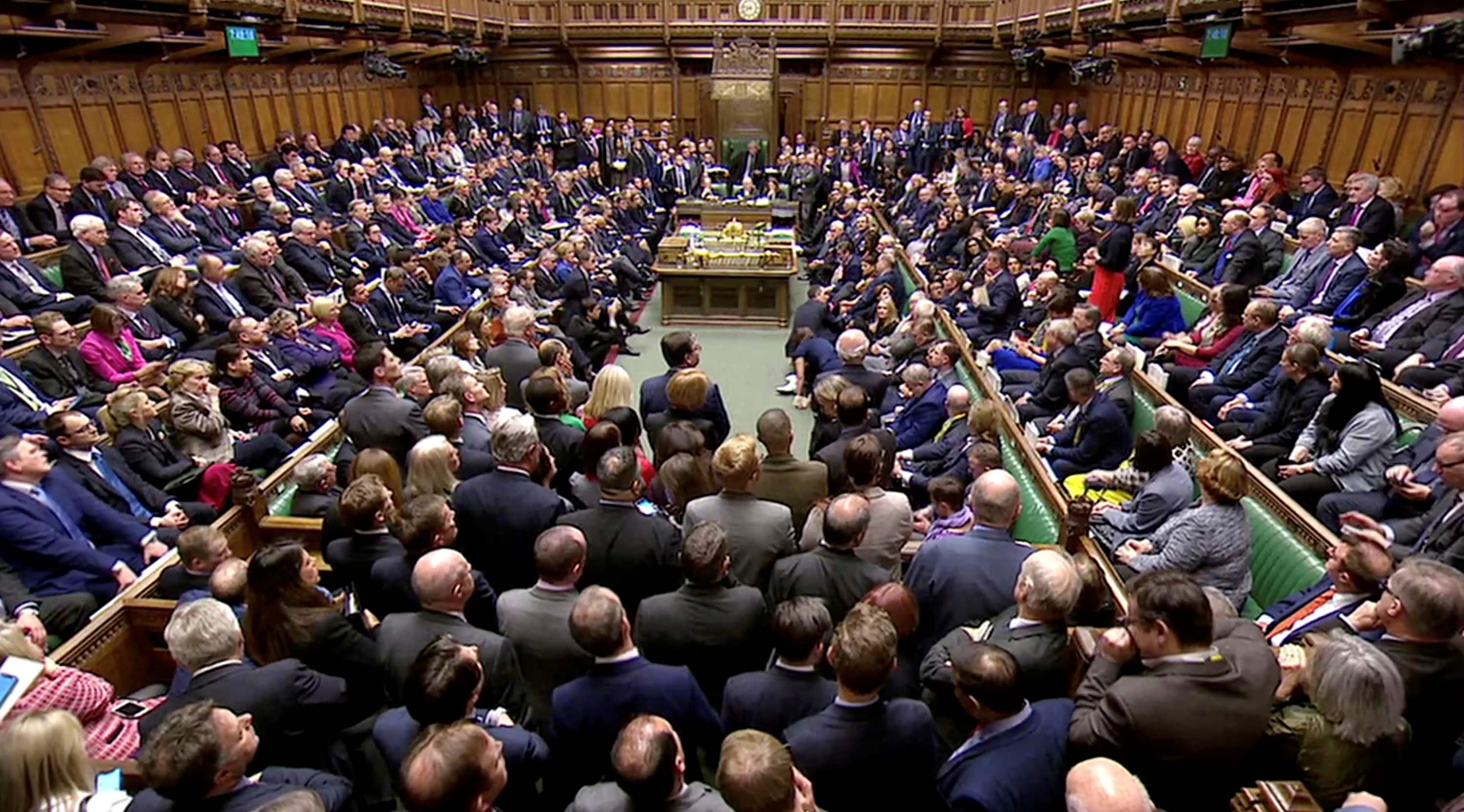 Brexit deal goes down in defeat

2 years ago
1:23
Prime Minister Theresa May responds in the House of Commons after MPs reject her Brexit deal 1:23

"It is clear that the House does not support this deal, but tonight's vote tells us nothing about what it does support," May said after the result was announced.

A spokesperson for the prime minister said she still believes her Brexit deal can form the basis of an agreement for Britain to leave the European Union.

But Corbyn, who called the vote a "catastrophic defeat" for the government, said, "The House of Commons has delivered its verdict on this deal, and that verdict is absolutely decisive."

Watch Corbyn respond in the House of Commons following the deal's defeat: 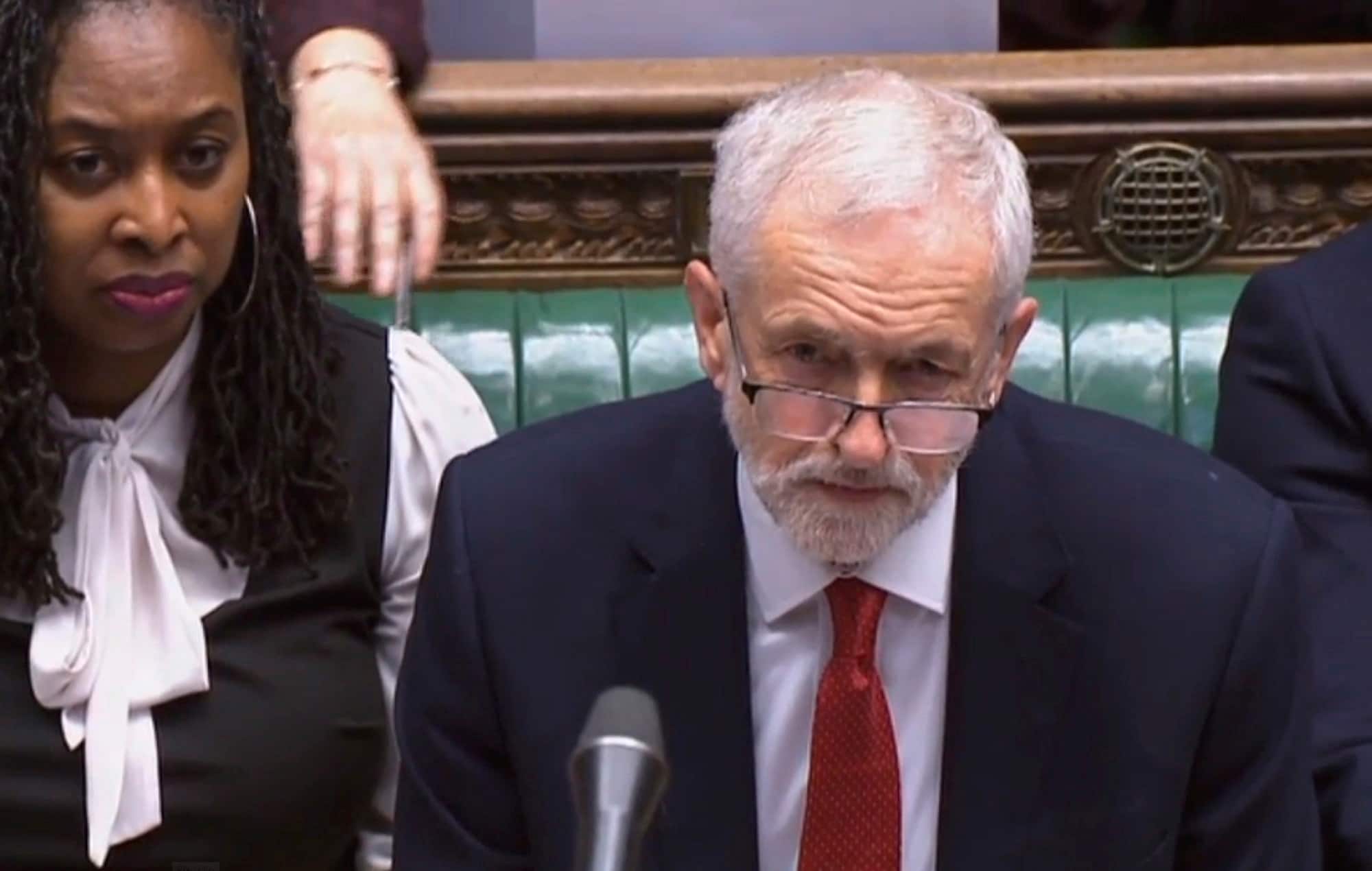 The vote ensures further tumult for British politics only 10 weeks before the country is due to leave the EU on March 29 — a date set by law. It is not clear if it will push the government toward an abrupt "no-deal" break with the EU, nudge it toward a softer departure or pave the way for a second referendum that could reverse Britain's decision to leave.

May promised to consult lawmakers on future moves, but gave little indication of what she plans to do next. Parliament has given the government until Monday to come up with a new proposal.

European Council president Donald Tusk challenged the U.K. to make its intentions clear after Tuesday's Brexit defeat in Westminster. Tusk said the only positive solution now is for Britain to stay in the EU.

European Commission president Jean-Claude Juncker said that since Brexit is set for March 29, "the risk of a disorderly withdrawal of the United Kingdom has increased with this evening's vote."

Michel Barnier, the EU's chief Brexit negotiator, said the EU "will remain united and determined to reach a deal" with U.K.

Ireland's government stressed in a statement that despite Tuesday's result, May's Brexit deal is not up for renegotiation with EU members. And French President Emmanuel Macron warned that if the U.K.'s indecision over how to leave the EU causes the country to crash out of the bloc, "The first losers in this [Brexit] would be the British."

With no clear majority in Parliament for any single alternate course, there is a growing chance that Britain may seek to postpone its departure date while politicians work on a new plan.

Others, including Scottish First Minister Nicola Sturgeon, have repeatedly argued Westminster should now hand the decision back to voters in a new referendum on EU membership — a possibility May has repeatedly ruled out as a betrayal of the mandate her government received in 2016 after a national referendum on Brexit.

As lawmakers debated in the chamber on Tuesday, there was a cacophony of chants, drums and music from rival bands of pro-EU and pro-Brexit protesters outside the Houses of Parliament. One group waved blue-and-yellow EU flags, the other brandished "Leave Means Leave" placards.

She also said if new election were to be held, "whatever the results, the choices facing us will not change," adding, "all it would gain is two more months of uncertainty and division."

The deal, which the prime minister herself had called "not perfect," was meant to establish terms for the March 29 exit and beyond, but was criticized from all sides. So much so that the prime minister recently had to fight off a non-confidence vote in her leadership.

May's earlier win in the leadership challenge means she can't face a similar vote for a year. But some MPs from both government and opposition parties are exploring ways to use parliamentary procedures to wrest control of the Brexit process away from the government, so that lawmakers, by majority vote could specify a new plan for Britain's EU exit.

Conservative MP Dominic Grieve, who is spearheading efforts to unite Parliament to prevent a no-deal Brexit, said ahead of the vote that the prime minister is, "pursuing a policy which doesn't meet with Parliament's approval, and it's gradually running into the sand."

But with no clear majority in Parliament for any single alternate course, there is a growing chance that Britain may seek to postpone its departure date while politicians work on a new plan.

Watch UK Conservative MP Andrew Percy, who voted for the deal, react to the vote's results on Power & Politics 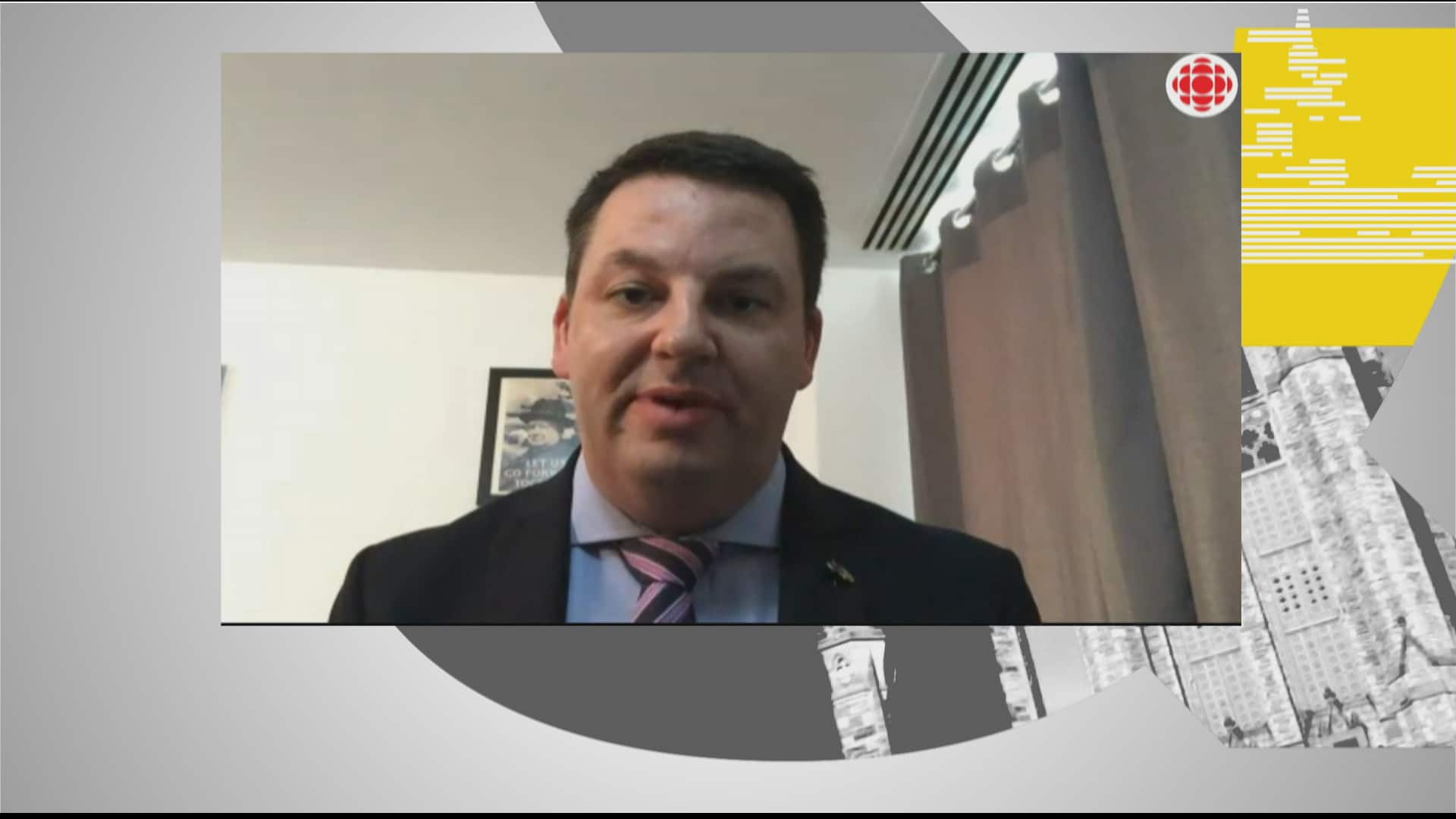 2 years ago
5:59
'I was surprised and shocked by the scale of the defeat,' says Andrew Percy, who backed Theresa May's Brexit deal. 5:59

Grieve, who has backed calls for another referendum, said that leaving without a plan would cause "immense" economic damage and hurt the country's most vulnerable.

Still, it's a possibility — one many people in the U.K. have been readying for.

A major issue in the pre-Brexit wrangling has been around the border between Northern Ireland and the Republic of Ireland.

In a bid to win support ahead of today's vote, May sought reassurances from EU leaders about the deal's most contentious measure — an insurance policy known as the "backstop" that would keep Britain in an EU customs union to maintain an open border between the U.K.'s Northern Ireland and EU member Ireland after Brexit.

Pro-Brexit lawmakers worry that Britain could be trapped indefinitely in the arrangement, bound to EU trade rules and unable to strike new deals around the world.

As Britain's deepest political crisis for at least half a century built to a head, a spokesperson for May said she would respond quickly to the result of the vote.

He also said there had been no discussion at a meeting between the prime minister and her cabinet on Tuesday morning of delaying Brexit beyond the March 29 deadline. 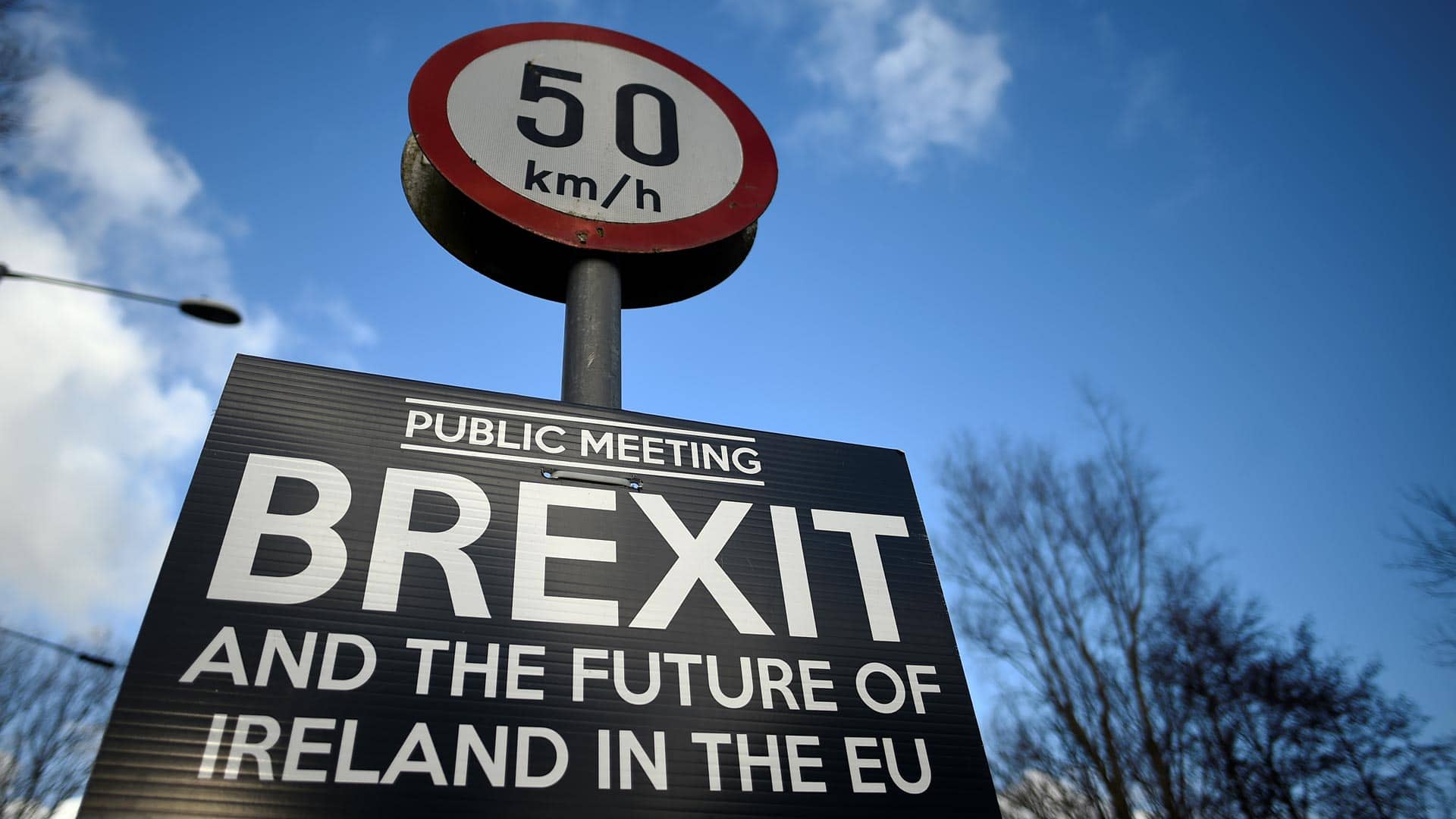 2 years ago
2:56
One of the biggest issues with the Brexit deal is the so-called backstop along the Irish border. It's meant to avoid re-establishing a hard border between Northern Ireland, which is part of the U.K., and the Republic of Ireland, which remains a member of the European Union. The decades of violence may be over where these two nations meet, but the spectre of a new type of separation has brought fears of new troubles. 2:56