Britain's exit from the European Union remained deadlocked on Monday after Parliament failed to agree on any alternative to Prime Minister Theresa May's divorce deal.

Government says it will continue to pursue support for PM's plan

British lawmakers have once again failed to find a majority for any proposal in votes on alternatives to the government's rejected Brexit deal, rejecting four options in votes in the House of Commons.

The votes on Monday were an attempt to forge an alternative to the government's European Union divorce deal, which MPs have rejected three times.

The options included remaining in a customs union with the EU — which failed by just three votes — and holding a new referendum on Britain's membership in the bloc.

Three days after the date on which Britain was originally due to leave the EU, it was still uncertain how, when or even if the United Kingdom would ever say goodbye to the bloc it first joined 46 years ago. The government says it is still trying to build support for Prime Minister Theresa May's Brexit deal. The cabinet is set to meet Tuesday to discuss options. 2 years ago
2:46
Britain's electorate voted by 52 per cent in favour of leaving the European Union back in 2016. A divisive start to a process that's only unravelled further since then. Margaret Evans takes us through its roller-coaster of a timeline, and the major toll it's taken on the nation's psyche. 2:46

May's government and her party, which has grappled with the schism over Europe for 30 years, was in open conflict between those pushing for a customs union with the EU and eurosceptics who are demanding a cleaner break from the bloc.

May's enforcer in Parliament — known as the chief whip — said the government should have been clearer that May's loss of her majority in Parliament in a snap 2017 election would "inevitably" lead it to accept a softer Brexit.

"The government as a whole probably should have just been clearer on the consequences of that," Julian Smith told the BBC in an interview published on Monday.

"The Parliamentary arithmetic would mean that this would be inevitably a kind of softer type of Brexit," said Smith, who also said ministers had tried to undermine the prime minister.

Their behaviour, he said, was the "worst example of ill-discipline in cabinet in British political history."

Asked about his comments, May's spokesperson said: "The PM made it clear that there was a need to bring the country back together after the Brexit vote and that is what they [the government] are working to achieve."

On the lack of discipline in government, he said Brexit brought "out strong emotions" on all sides of the debate.

Asked about the possibility of a snap election to break the deadlock in Parliament, May's spokesperson said the prime minister has said an election would not be in the national interest.

The Times newspaper said May had been warned by some senior ministers that she faced resignations if she agreed to pursue a softer Brexit.

Britain had been due to leave the EU on March 29 but the political deadlock in London forced May to ask the bloc for a delay. Currently, Brexit is to take place on April 12 unless May comes up with another option.

The Brexit crisis has left the United Kingdom divided: supporters of both Brexit and EU membership marched through London last week. Many on both sides feel betrayed by a political elite that has failed to show leadership.

Business is also increasingly frustrated. "Enough is enough. We are all running out of patience. Make a decision and unite around a customs union compromise that delivers economic security and stability," Siemens' Maier said.

"Where the UK used to be beacon for stability, we are now becoming a laughing stock," he said in open letter to lawmakers published by website Politico. 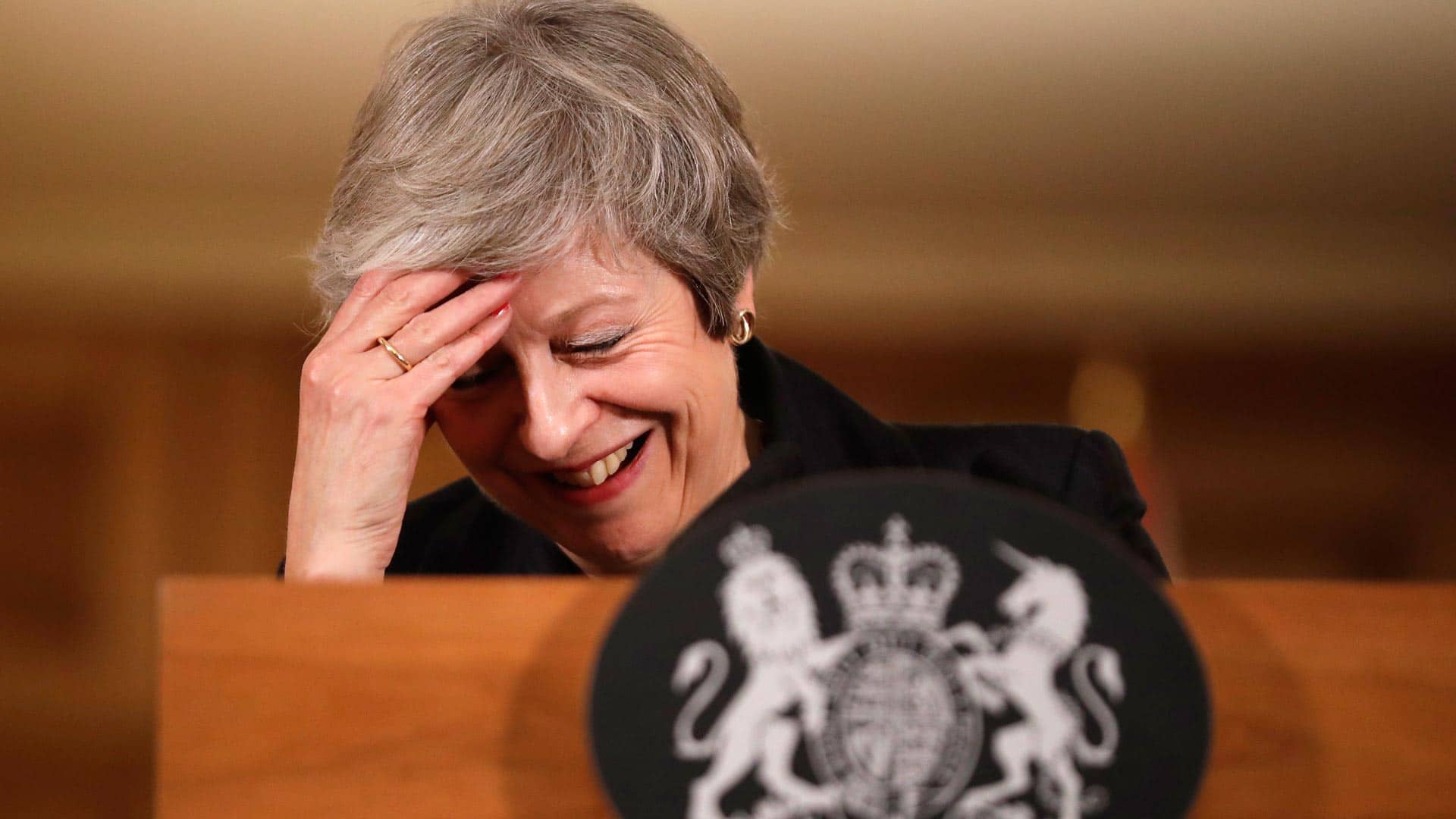 The Teflon prime minister: How Theresa May has survived political turmoil

2 years ago
1:30
British Prime Minister Theresa May is a politician with a current job-approval rating of less than 30 per cent. She's survived -- in the words of one political author -- the most tumultuous premierships in 400 years of British history. How has she done it? 1:30

From EU officials watching from Brussels, there was one plea — make up your minds.

"A sphinx is an open book compared to the U.K.," said Jean-Claude Juncker, European Commission president. "Nobody knows where it is heading. Would like to make the sphinx talk and tell us in which direction they would like to go."