With the public debate set over Brexit set to resume, Billy Bragg is among a significant number of British influencers publicly fuming at what they’ve described as its callous, racist, nasty and uninformed tone.

5 years ago
1:16
British musician and political activist talks to the CBC's Nahlah Ayed about the U.K.'s upcoming referendum on remaining or leaving the European Union. 1:16

Billy Bragg has never been timid about broadcasting his political opinions. Once, it was through lashing songs and biting lyrics. Today it's his biting running commentary on Twitter.

Occasionally putting the two together makes for a powerful timeline.

"Sweet moderation, heart of this nation, desert us not," he tweeted Saturday morning quoting his own 1985 hit. It was in response to the breaking news that the man charged in the killing of a British MP had entered his name in court as "Death to traitors, freedom for Britain."

"So how was Thomas Mair radicalized? Or, if he is mentally ill, what triggered his violent attack on [MP] Jo Cox?" Bragg then asked, mentioning the suspect and the MP by name.

As if to answer himself, he had attached an image of about 10 front pages of British tabloids taking aim at Muslims or migrants. A controversial, but debatable view of the backdrop to the pro-Brexit argument. But it is wholly his — retweeted and liked 4,000 times within a couple of hours.

So how was Thomas Mair radicalised? Or if he is mentally ill, what triggered his violent attack on Jo Cox? <a href="https://t.co/0vzqnkae5J">pic.twitter.com/0vzqnkae5J</a>

"I'm a communicator," he said in a recent interview. "In the 20th century, music was the only social medium that we had…

"Now, if I'm angry at the world, I have something in my pocket and can broadcast [with] it all over."

Angry about tone of debate

Bragg does seem angry, in person and online — as well as on stage.

And he's among a significant number of British influencers publicly fuming at what they've described as the callous, racist, nasty and uninformed tone of the debate ahead of a vote on whether to leave the European Union.

It is a sentiment that has overflowed since Cox was murdered, with some all but blaming the negative atmosphere for Mair's actions.

With the campaigning restarting again today for the first time since Cox's killing, everyone will be watching the tone.

For the record, while acknowledging the EU is far from perfect, Bragg, an activist as well as a singer/songwriter, wants Britain to stay in. He's also once again a card-carrying Labour Party member after a long hiatus.

"I think the debate has been a joke, really," Bragg told CBC News in a recent interview. "Because there's been so many falsehoods over the years built about the European Union."

Bragg says the EU, with all its shortcomings, has for one, improved the rights of workers in Britain. And that with Britain in, it boosts the influence of both Britain and Europe in the world.

But he adds, "In some ways, for the British people, the European Union is a proxy. It's a sort-of, 'what's wrong with our country …'

"Unfortunately, immigrants and asylum seekers have also become a scapegoat for these problems."

That statement might best be personified by the latest campaign poster released by UKIP, or the United Kingdom Independence Party, just hours before Cox — a pro-EU and pro-immigration MP — was gunned down and stabbed to death in her hometown.

The poster shows a thick line of mostly young male asylum seekers walking apparently between Croatia and Slovenia (ie, nowhere near Britain). Yet it declares: "Breaking point. The EU has failed us all," before urging voters to "break free" from the EU and "take back control of our borders."

Bragg says if politics and politicians aren't helping the poor in Britain as well as those seeking a better life by crossing the Mediterranean, then "then what is it about?"

"If we didn't have the [English]Channel, there would be people saying exactly what [U.S. Republican candidate] Donald Trump is saying, 'To build a wall,'" says Bragg.

"That's not who the British people are to me."

Britain 'not a great power anymore'

The anger, he says, is not his alone.

People are turning to alternatives such as Trump in the U.S. and Brexit here because they are alienated by today's politics.

"The people that are lashing out, people who vote for someone like Donald Trump must be really, really angry."

Still, while he says he feels a responsibility to encourage people to vote, he says this referendum was never at the top of the voting public's concerns.

"Most people would say it's tiresome… It's just warfare in the Conservative party."

5 years ago
0:33
Conservative MP and former London mayor Boris Johnson has been touring Britain on his Brexit bus 0:33

He isn't a big fan of any of the Conservative politicians, even those on his side of the debate. But he does reserve his harshest criticism for the Brexit proponents.

Bragg says their dream is stuck in the country's imperial past. That Boris Johnson "is just a Donald Trump who learned to read the thesaurus."

"The trouble for Boris and his colleagues is that they can never quite shake off the awful thought that, when sitting around the table in Brussels, they are nothing more than a part of someone else's empire," he wrote recently in Newsweek.

"Britain is a great country, but it's not a great power anymore and we have not yet come to terms with that," he explained in our interview.

Brexiteers of course have a different view. They say Bragg's stance is outdated and that it's time for Britain to fly solo. That it has a lot of potential on its own without Brussels meddling and red tape.

The Brexit camp, he says, has otherwise failed to paint a positive picture — or any picture at all — of what Britain would look like post-Europe.

"They've given up and they want the rest of us to give up as well," he said. "They've gone to their angry place, and are sort of seeing it as a glass half empty rather than half full. If you want to make the world a better place, you need to start there." 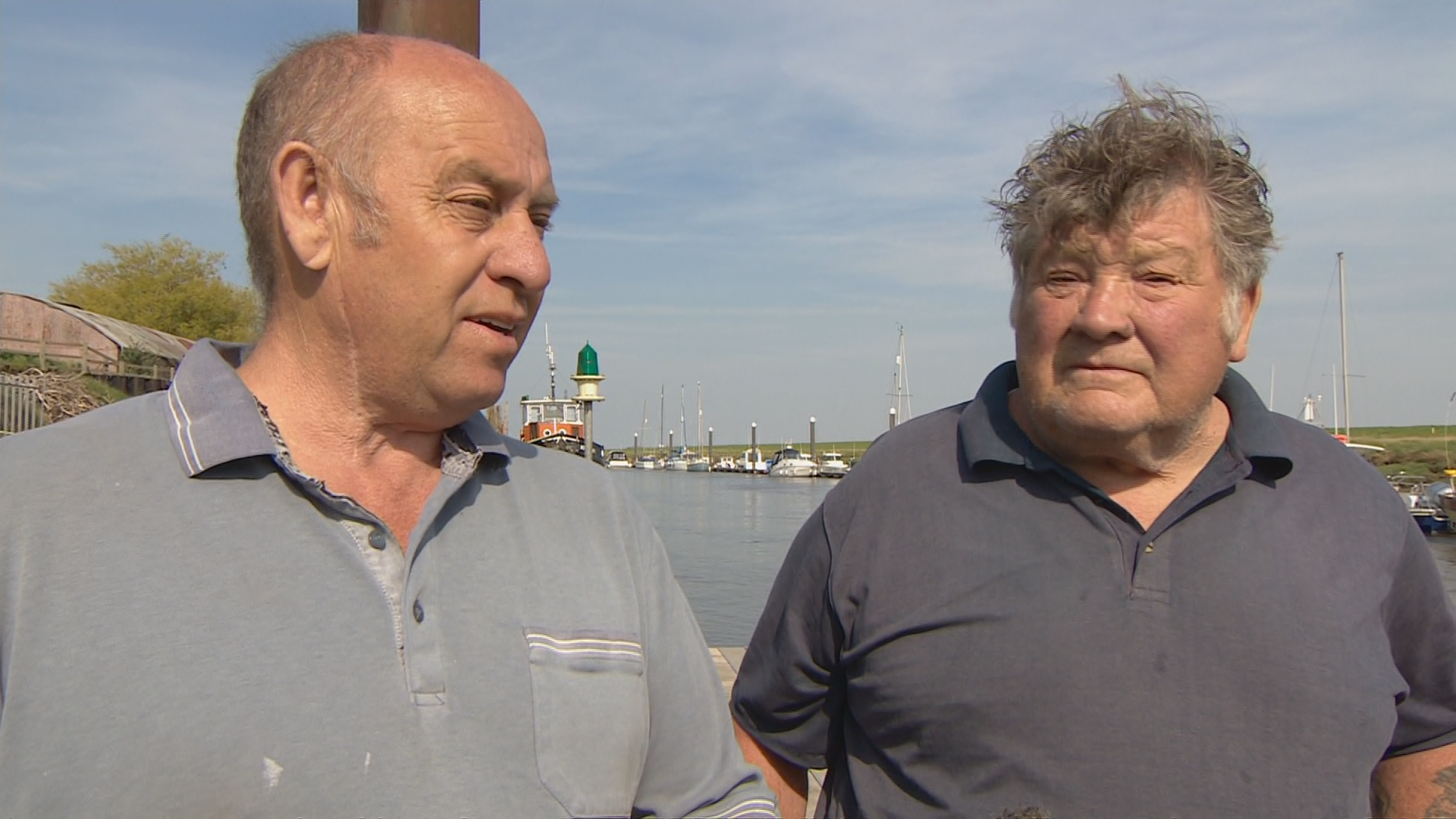 Will Britain vote to leave the European Union?