Brazil has the most confirmed COVID-19 cases in Latin America. 'So what?' says President Bolsonaro

From describing coronavirus as a "little flu," to urging people to ignore the "hysteria" and get back to work, Brazilian President Jair Bolsonaro has said Latin America's most populous country must "face the virus like a man, damn it, not like a little boy."

With infection rates spiralling, some big city ICUs on the verge of collapse and COVID-19 spreading into remote corners of the Amazon rainforest, Brazil's president earlier this week responded to the pandemic's growing ferocity with a simple quip: "So what?"

From describing coronavirus as a "little flu," to urging Brazilians to ignore the "hysteria" and get back to work, President Jair Bolsonaro has said Latin America's most populous country must "face the virus like a man, damn it, not like a little boy."

"Bolsonaro remains one of the last standing deniers of the risk posed by the pandemic," said Jimena Blanco, a political risk analyst from consultancy Verisk Maplecroft. "With the president denying the threat of the pandemic, you get a lot of people defying lockdown measures."

'The system is collapsing'

Brazil has more than 87,000 confirmed coronavirus cases and more than 6,000 deaths, according to figures from Johns Hopkins University, giving it the highest number of cases in Latin America.

The actual number of cases is at least five times higher due to a lack of effective testing, especially in rural areas, said Dr. Natalia Pasternak Taschner, a medical researcher at the Institute of Biomedical Sciences in Sao Paulo.

"ICUs are breaking, the system is collapsing," Dr. Taschner said in a phone interview. "It has come to the point when doctors have to choose who to give the ventilators to."

In Manaus, a sweltering city of two million residents in the heart of the Amazon, ICUs have collapsed under the caseload, she said. Grave diggers are working double shifts to bury the bodies.

But growing political paralysis on top of the health challenges is crippling Brazil's response to COVID-19, analysts and doctors said. 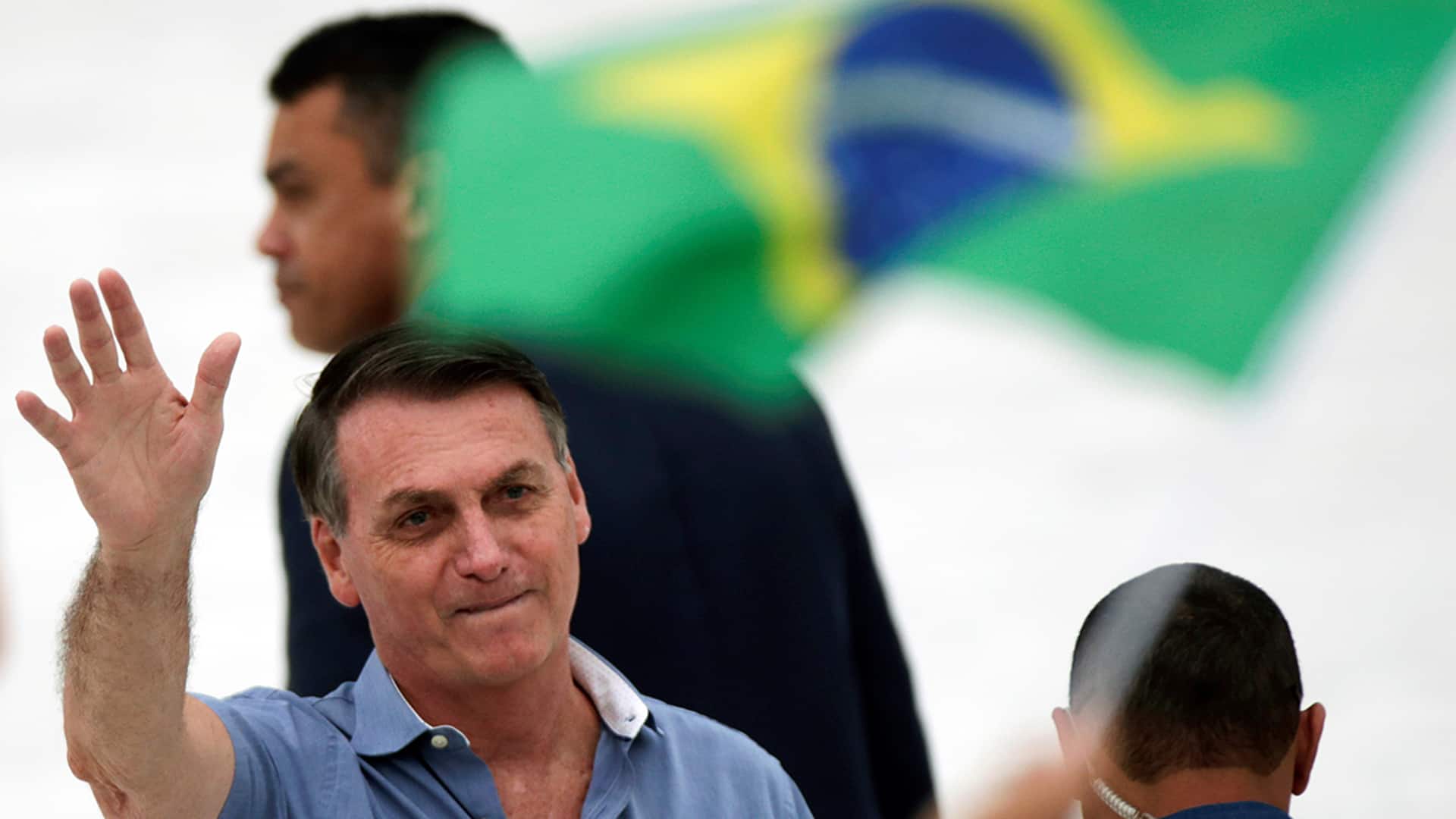 7 months agoVideo
1:53
An infectious disease specialist says Brazil is fighting two enemies during the COVID-19 pandemic: the virus and the president. 1:53

"It's probably the only country in the world with a major political crisis in the midst of a pandemic," said political scientist Oliver Stuenkel from the Getulio Vargas Foundation, a university in Sao Paulo. "It's hard to imagine a worse scenario. The country is walking toward the abyss."

A doctor before entering politics, Mandetta had clashed with Bolsonaro over social distancing protocols and contradicted him on the effectiveness of anti-malarial drugs in treating COVID-19.

Moro said Bolsonaro wanted a top cop who would pass him intelligence reports during a time when his sons— politicians in congress or local city council — are under investigation for spreading fake news and money laundering. The president and his sons deny any wrongdoing.

Brazil's Supreme Court has approved an investigation into Moro's claims. Talk of impeachment is growing.

Like his U.S. counterpart, who also downplayed the coronavirus threat and relies on family members as political confidants, Bolsonaro has faced threats of impeachment before.

But this time is different, analysts said.

"This is the most serious crisis the Bolsonaro government has faced," Stuenkel said.

As the pandemic intensifies, observers warn that Bolsonaro and other lawmakers will be more concerned with partisan wrangling than with fighting COVID-19.

In a bid to secure his political future, the 65-year-old president has been approaching smaller parties in Brazil's fractious congress for support.

"These are the shady underbelly of Brazilian politics," he said. "They will vote for whoever offers the most perks."

As someone who won office promising to battle nepotism and waste, this sort of backroom deal-making undermines Bolsonaro's self-described status as a political outsider and corruption fighter, Stuenkel added.

According to a public opinion poll conducted April 25 following the key cabinet departures, 46 per cent of Brazilians said Bolsonaro should resign, up from 37 per cent at the beginning of April.

The poll from Datafolha of 1,503 people by telephone suggested Bolsonaro's response to the pandemic weighed heavily on voters' minds. Nearly half of the respondents, 45 per cent, said he was doing a bad or terrible job of handling COVID-19 while 27 per cent said he has done a good or excellent job.

The poll suggested about one-third of voters support the president.

"Irrespective of whether Bolsanaro falls or not, the country will be absorbed by a political crisis," Stuenkel said. "This will drastically reduce its capacity to respond to the pandemic."

"Social inequalities are a huge problem," said Dr. Anya Vieira-Meyer, a public health researcher at the Oswaldo Cruz Foundation, a government-linked organization in the northeastern city of Fortaleza. "That also impacts the spread of the coronavirus."

When the virus first arrived in Brazil, it was transported by middle- and upper-class Brazilians coming home from Europe, she said.

Since then, it has spread quickly into densely packed working-class neighbourhoods, where access to infrastructure can be precarious.

About 11 million Brazilians live in houses with more than three people per room and 16 per cent don't have access to clean water at home, Vieira-Meyer said, making social distancing or regular hand-washing difficult.

For workers in the country's vast informal sector, staying home can mean going hungry, she said, and having the president flouting social distancing advice doesn't make the job of doctors any easier.

In Sao Paulo, about half of the population has been following social distancing guidelines, Taschner said. Local officials are hoping to increase that to at least 70 per cent.

The federal government has failed in its responsibility to safeguard citizens, but some state and local officials have been trying, Taschner said. However, the growth in registered cases is still exponential, she said, and the country is nowhere near its peak.

Unlike other developing nations, Brazil offers free universal public health care, Vieira-Meyer said, but the system is strongest in the big cities. For now, that's where most of the cases have been concentrated.

More than two-thirds of municipalities in the country of 210 million haven't reported cases of the virus, Vieira-Meyer said, but that could simply be due to a lack of testing.

When it spreads into those smaller towns, far from hospitals with ICUs or ventilators, health officials worry the situation will be disastrous.

"The situation is going to get much worse," said Dr. Taschner. "I expect chaos."

Chris Arsenault is a senior writer who joined CBC News in Toronto after a decade as a foreign correspondent with Al Jazeera and the Thomson Reuters Foundation in South America, Europe and the Middle East.