Stories of killings, beatings and rape abound in Yola, whose population has more than doubled as 200,000 or more refugees from the violence seek safe haven.

'I have suffered so much:' Victims of militants receive counselling in bare-bones refugee camp 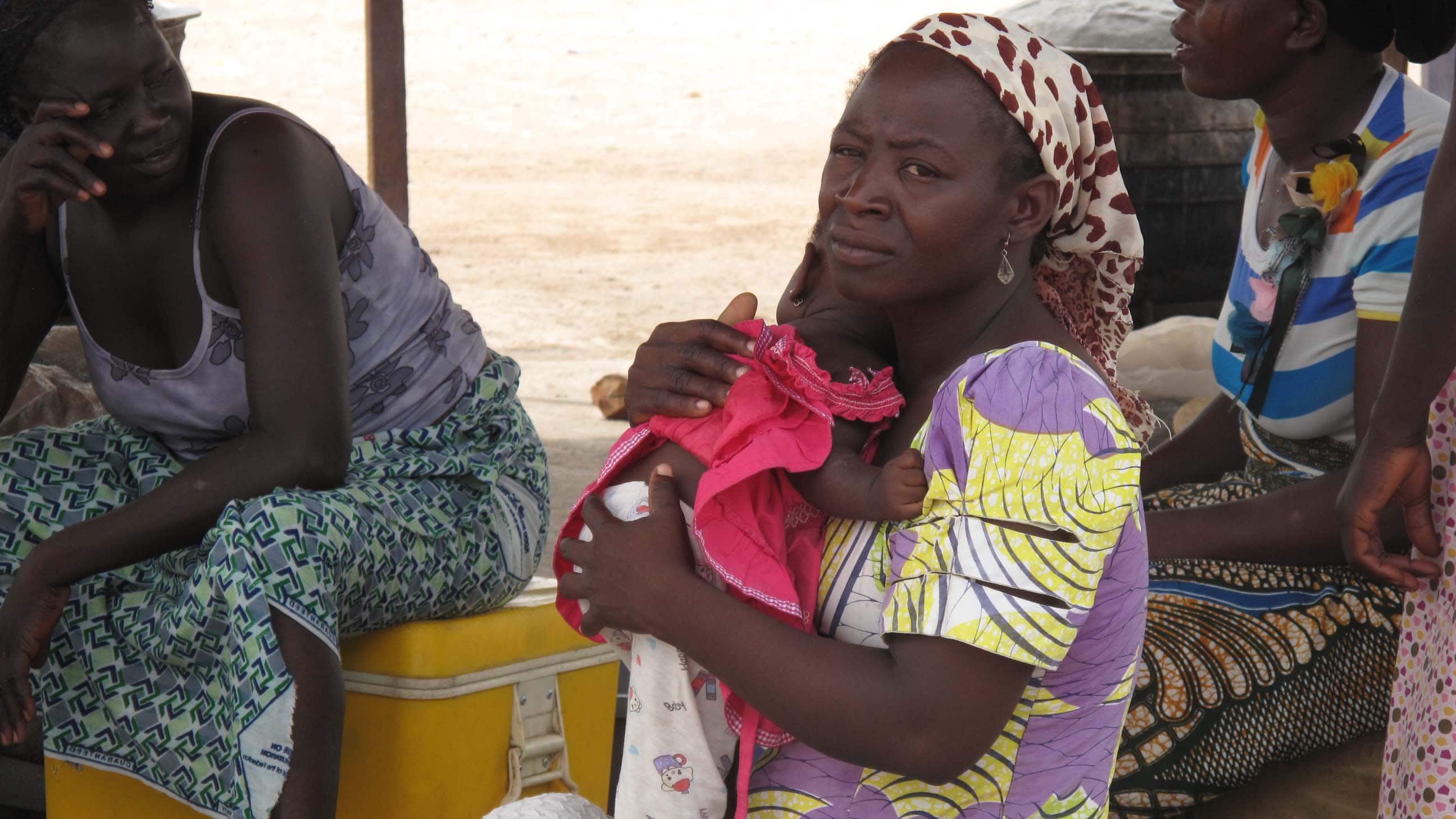 6 years agoVideo
0:48
Thousands of Boko Haram's victims of violence and kidnappings recover in a make shift refugee camp in Nigeria 0:48

Saraya is now safe from Boko Haram, living in a slum in Yola, the capital of Adawama state in northeast Nigeria. But what the radical Islamist group did still haunts her.

"I have suffered so much from Boko Haram," the 22-year-old told CBC News, wiping tears from her eyes with her headscarf.

"I was at the back of our house on a hill," she said. "They killed four people. They first slaughtered one person and later shot the others."

Villagers fled or were killed in front of her. But Saraya could not walk, let alone run, the legacy of polio that has left her using a hand-propelled wheelchair.

She pleaded with Boko Haram to let her go, but she says she was beaten and humiliated. It was three months before the Nigerian Army rescued her.

Stories like Saraya's are repeated across Yola, whose population at the end of last year more than doubled as 200,000 or more refugees from the violence sought safe haven.

Muslims and Christians alike fled to the city, as the militants overran towns and villages across Nigeria's remote northeast.

Some found refuge in overcrowded homes of friends and distant relatives. Others flocked to camps for the internally displaced that sprang up on Yola's outskirts.

The Malkohi camp lies down a dirt road beyond an army base and military checkpoints to the south of the city. Guards with assault rifles, wearing football shirts, man the gate.

Inside, facilities are basic, with only two water pumps for hundreds of people. There is no electricity and little shade or anything to do in the stifling heat that reaches 45 C or more.

In early May, 275 women and children, kidnapped by Boko Haram five months previously, were brought here after being rescued from the militants' Sambisa Forest stronghold in neighbouring Borno state.

Some were pregnant. Many recount being forced to marry their captors, and rape used as a weapon of war.

Others talk of seeing some of the 219 girls kidnapped from their school in Chibok, Borno state, in April 2014, which caused global outrage.

But as more rescued former captives are brought in, the Chibok girls are not among them.

Regular counselling sessions — under a tree in the open air or behind closed doors and barred windows — are seen as vital for these women to come to terms with what has happened, before they return home.

But it is taking time after all they have endured, said Sadartu, a counsellor who listens to the women's stories.

"The worst stories that upsets me most is that of the humiliation, beating the women, starving them in hunger, depriving them from seeing their loved ones, killing their children and killing their husbands," she said.

"It hurts to lose a loved one. These are innocent people."

Nigeria's military, which for so long seemed unable to stop Boko Haram's deadly rampage, has rescued hundreds of kidnapped women and children in recent weeks, most of them from the Sambisa Forest.

Those caught in the crossfire of fighting between the military and the militants are brought to Yola's Federal Medical Centre for treatment of bullet wounds, shrapnel from landmine explosions and burns.

Sixteen-year-old Habiba, lying on a hospital bed, adjusts her green Islamic headscarf. She says she wants to become a doctor. Habiba was held for nine months after Boko Haram stormed her hometown of Gwoza in Borno last year, declaring it the headquarters of their self-styled Islamic state in northeastern Nigeria.

She still bears the scars on her back and thighs where Boko Haram whipped her 80 times after she dared to whisper her hopes from a recurring dream of trying to escape.

Halina's family, including three of her children, were killed when Boko Haram stormed her village in the Damboa area of Borno state. Two of her other children were kidnapped with her.

But on the brink of freedom as the army moved in, her eight-year-old daughter was crushed to death under a Nigerian military tank as she hid from the noise and terror of the firefight.

Under a spreading neem tree at the Malkohi camp, talk often turns to home, with Boko Haram pushed out of captured territory by a four-nation offensive of Nigeria, Niger, Chad and Cameroon.

There are hopes, too, that after at least 15,000 deaths in six years, Nigeria's new President Muhammadu Buhari, who took office just last week, will end the bloodshed.

But women like Naomi, 21, who saw her parents slaughtered and, like many of the women, does not know what happened to her husband, show that winning the battle does not mean an end to the war for those affected.

Naomi smiles as she cradles the baby boy she gave birth to as she fled the militants.

"Since the attack I don't think there's anything good in life now," she said simply.

Across Nigeria, some 1.5 million people have fled Boko Haram. Most have found refuge within the country; others have fled across borders, often forced to flee again as the militants extended their campaign of violence.

In the camps and across Nigeria's northeast and beyond, it seems everyone has a tale to tell.

Some are willing to talk of the unimaginable horror of what they saw, heard and experienced.

Others retreat into themselves, in quiet corners of a darkened dormitory or a patch of land outside, head bowed between their knees, oblivious to the scorching sun.

There are glimpses of happiness: an impromptu singalong after a Sunday church service, small acts of kindness such as donations of second-hand clothes or makeshift games of chess in the sandy earth.

But there is a long road ahead, back home and to a better life.