Uneasy silence: the 'mad' plan to shut down Big Ben

Big Ben, in London’s most famous landmark, will stop tolling during extensive renovation work. The planned silence has caused a loud commotion across England's capital. Even Prime Minister Theresa May has called for a rethink of the shutdown, expected to be the longest in 157 years.

Like a form of punishment ripped from the pages of a fairy tale, Britain is imposing four years of silence on an immortal giant. Big Ben, part of London's most famous landmark, will stop tolling to allow for extensive renovation work.

The planned silence has caused a loud commotion across the British capital. Even Prime Minister Theresa May has called for a rethink of the shutdown, expected to be the longest in 157 years.

The tale has a familiar ring.

Britons, already in the throes of Brexit, know full well how political decisions can have unintended consequences and drag on longer than first thought. (The cabinet minister in charge of Brexit has described the Big Ben plan as "mad.")

The announcement of the shutdown came from the Keeper of the Great Clock, a job title with a fairy tale quality unto itself. "This essential program of works will safeguard the clock on a long-term basis, as well as protecting and preserving its home, the Elizabeth Tower," said the keeper, Steve Jaggs.

The colossal $47-million Cdn renovations will involve dismantling the iconic clock and locking the bell-chiming hammers. Each piece will be examined, then cleaned and repaired if needed. 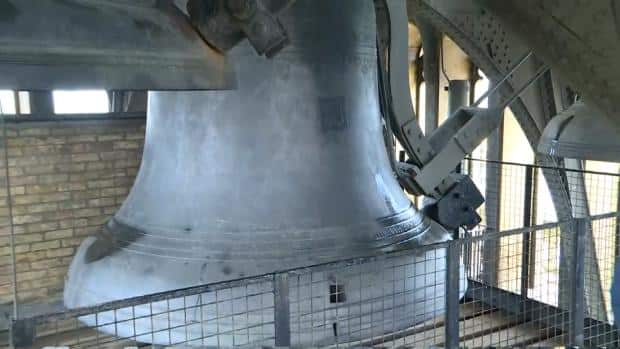 In a move sure to be unpopular with the steady stream of selfie-taking tourists, the clock itself will be covered during the repair work. Only one face will be visible to the public.

"It's putting another 100 years of life on the tower and the clock and the bells," estimated Chris McKay, author of the book Big Ben: the Great Clock and the Bells at the Palace of Westminster. "I'm sure the building was meant to last forever, but I'm afraid they didn't take into account acid rain and all the coal fires we used to have."

Though the name Big Ben is often used to refer to the entire structure, it's actually the nickname of the Great Bell that chimes hourly in the key of E. It weighs 13.9 metric tons and will be silenced to prevent hearing damage for workers.

"It's the background track to our national life," said Caroline Shenton, the former director of Britain's Parliamentary Archives and author of Mr. Barry's War, a book about the rebuilding of the Houses of Parliament.

She pointed out the bongs ring out for national celebrations and mourning. The tower is "even on HP Sauce bottles," she added, referring to the blue label on the condiment known as steak sauce in Canada and "brown sauce" in the U.K.

The distinctive bong signalled to the country that war was over at 11 a.m. on Nov. 11, 1918. It later rang throughout the Second World War, even as London was being bombed from above. Now, it will be heard as little as twice a year: Remembrance Sunday and New Year's Eve.

The Blitz couldn't silence Big Ben, but health and safety can. That's become something of a saying this week.

Londoners are invited to gather at Parliament Square on Monday at noon to hear Ben's final hourly chime, though many see it as no cause for celebration. Steve Pound, a Labour MP from west London, calls it "a dark day in British history."

Pound said it would be a shame to silence a symbol of democracy. He suggests alternatives such as playing a recording of the bell or reducing the frequency of the bongs.

Prime Minister May chimed in on Wednesday. "Of course we want to ensure people's safety at work but it can't be right for Big Ben to be silent for four years."

Shortly after — almost like clockwork — the British Parliament announced a committee would review the length of the proposed shutdown.

A conspiracy theory circulating suggests it's all a sham to avoid Britain's exit from the European Union. Earlier this year, a
spokesperson for the prime minister's office at 10 Downing Street said Brexit would come into effect "when Big Ben bongs midnight" in the first second of March 30, 2019.

As the theory goes, without a bell, there will be no Brexit. That scenario remains as plausible as most fairy tales.