Belarusian opposition leader Svetlana Tikhanouskaya says she fled to Lithuania for the sake of her children, after two nights of clashes following the contested re-election of President Alexander Lukashenko.

Svetlana Tikhanouskaya challenged Lukashenko for presidency after her husband was jailed

Belarusian opposition leader Svetlana Tikhanouskaya says she fled to Lithuania for the sake of her children, after two nights of clashes following the contested re-election of President Alexander Lukashenko.

Tikhanouskaya, a 37-year-old former English teacher, emerged from obscurity to mount the biggest challenge in years to Lukashenko, taking her husband's place in the campaign after he was jailed.

"You know, I thought that this whole campaign really had hardened me and given me so much strength that I could handle anything," she said Tuesday, explaining her decision to leave the country in a sombre video released on her husband's YouTube channel.

She urged her compatriots not to oppose the police and to avoid putting their lives in danger.

But unrest erupted for a third night in a row on Tuesday as security forces fired rubber bullets and stun grenades to disperse thousands of protesters who took to the streets accusing Lukashenko, in power since 1994, of swindling the vote.

A Reuters witness saw security forces detaining dozens of people and beating protesters in the street. Another saw security forces smashing car windows and dragging some people out of vehicles to attack them. A third saw at least two news photographers being attacked and their cameras damaged.

Car horns blared in solidarity with the opposition, and people marched, clapped and shouted "go away."

The European Union earlier accused Lukashenko's government of "disproportionate and unacceptable violence" and said it was reviewing its relations with Minsk.

There had been concern about Tikhanouskaya's whereabouts after her campaign team said on Monday they had been unable to reach her by phone hours after she was known to have left a meeting with central election commission officials.

By Tuesday morning, she had joined her children in Lithuania. The state border committee later confirmed her departure.

"And I know that many people will understand me, many will judge me and many will hate me. But, you know, God forbid being faced with such a choice," she said.

"So, people, take care please — no life is worth what is happening now. Children are the most important thing in our lives."

Lithuanian Foreign Minister Linas Linkevicius said on Tuesday that Russia was trying to use a political crisis in Belarus to draw Minsk closer into its orbit by pressuring it to agree to closer integration.

WATCH | Police crack down on presidential election protest in Belarus: 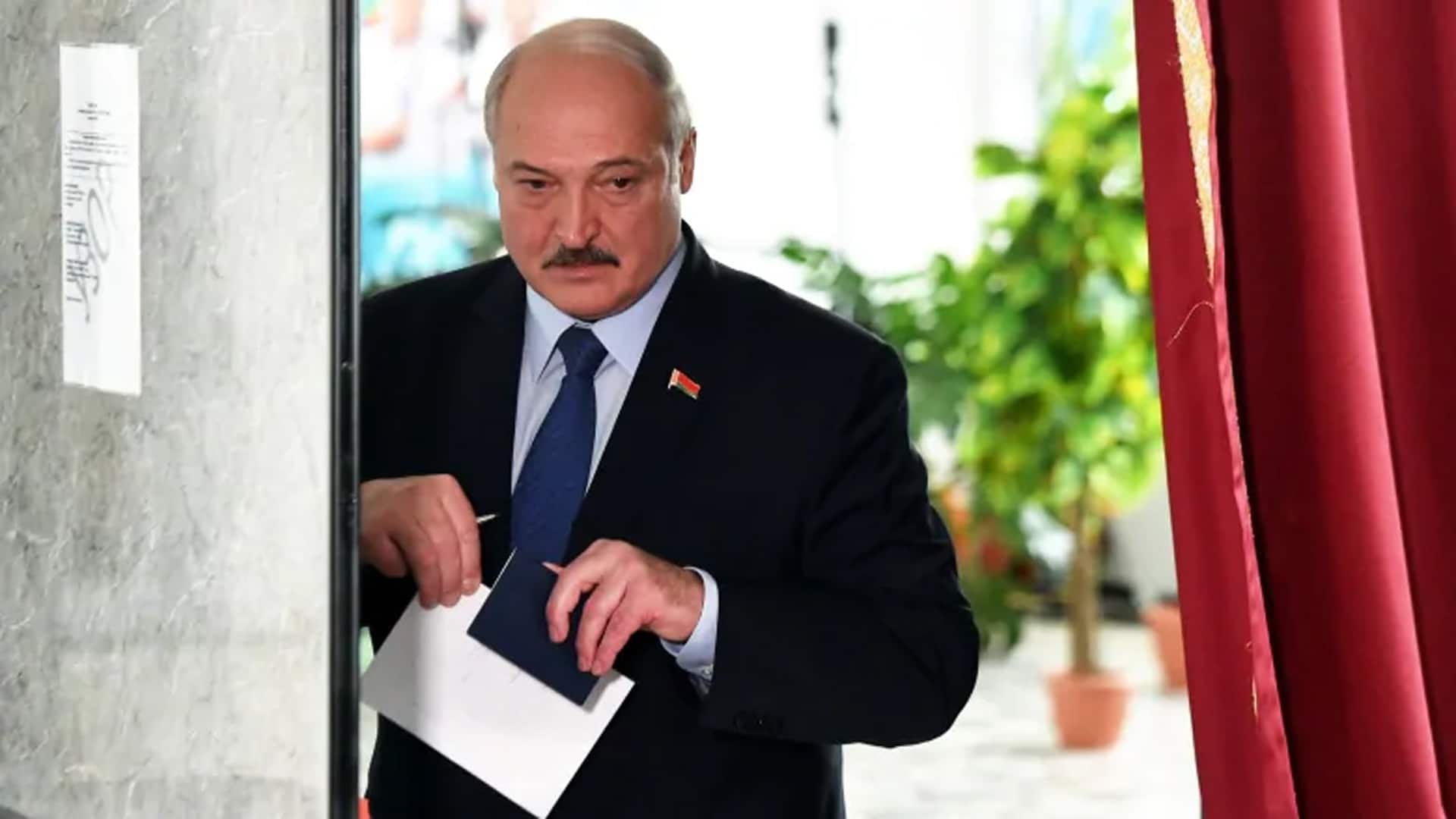 4 months agoVideo
2:46
The president of Belarus, Alexander Lukashenko, is claiming victory while the opposition candidate, Svetlana Tsikhanouskaya, is rejecting the result, saying the vote was rigged. State officials say Lukashenko has won a sixth consecutive term in office. 2:46

President Vladimir Putin said on Monday he wanted neighbouring Belarus to reactivate stalled plans for more integration with Russia after the contested election win left Lukashenko, an on-and-off Russian ally, on the defensive.

Linkevicius, speaking to Reuters in a video call, called Russia's actions another "vector of instability" for Belarus.

"When the [Belarusian] government is weaker, it's logical there's pressure. It's an additional challenge," he said.

Belarusian health officials said more than 200 people have been hospitalized with injuries following the protests, and some underwent surgery.

At least one person died as police clashed with protesters on Monday after the opposition accused Lukashenko of rigging the vote amid widespread criticism from Western leaders.

The government said Tuesday that more than 2,000 people were detained across the country for taking part in unsanctioned protests on Monday evening and overnight. It also said 21 police officers were injured in clashes with protesters, and five of them were hospitalized.

The previous day, the government reported more than 3,000 detentions and said 89 people were injured, including 39 law enforcement officers.

In power for more than a quarter of a century, Lukashenko has compared the protesters to criminal gangs and dangerous revolutionaries with shadowy foreign backers.

Protest groups were trying to use limited access to the Telegram messaging service to coordinate anti-government action, but say an internet shutdown, which they blame on the authorities, has been effective in slowing them down.

Mobile phone internet has been offline since protesters clashed with police on Sunday.

Limited Wi-Fi internet access is only sporadically available after users install a separate program, while many social media websites are blocked. Lukashenko has denied the authorities are trying to shut down the internet.

'Not free and fair'

U.S. Secretary of State Mike Pompeo also said Tuesday that the election was "not free and fair" and condemned "ongoing violence against protesters and the detention of opposition supporters."

Foreign observers have not judged an election to be free and fair in Belarus since 1995, and the run-up to this month's vote saw authorities jail Lukashenko's rivals and open criminal investigations of others who voiced opposition.

Tikhanouskaya's campaign rallies drew some of the biggest crowds since the fall of the Soviet Union in 1991. She was initially reluctant to run for office, saying she had received an anonymous threat of having her children taken away.

She moved them abroad during the campaign.

Her husband, Syarhei, had popularized a protest movement that compared Lukashenko to a cockroach character from a children's fairytale. He was arrested in May.