A leading opposition activist in Belarus was held on the border Tuesday after she resisted an attempt by authorities to force her to leave the country, part of government efforts to end a month of protests against the re-election of the country's authoritarian leader.

Fate of Maria Kolesnikova, 2 others clarified after reports Monday they had been snatched

A leading opposition activist in Belarus was held on the border Tuesday after she resisted an attempt by authorities to force her to leave the country, part of government efforts to end a month of protests against the re-election of the country's authoritarian leader.

Maria Kolesnikova, a member of the Coordination Council created by the opposition to facilitate talks with longtime leader President Alexander Lukashenko on a transition of power, was detained Monday in the capital of Minsk, along with two other council members.

Early Tuesday, they were driven to the Ukrainian border, where authorities told them to cross into Ukraine. Kolesnikova refused, and remained on the Belarusian side of the border in the custody of Belarusian authorities.

The Interfax Ukraine news agency said the activist had deliberately ripped up her passport so Ukrainian border officials would not be able to let her through.

The fate of the three had been a mystery since supporters said Kolesnikova was snatched in the street by masked men in Minsk on Monday.

"She was shouting that she won't go anywhere," Rodnenkov said at a news conference in Kyiv. "Sitting in the car, she saw her passport on a front seat and tore it into many small fragments, crumpled them and threw them out of the window. After that, she opened the back door and walked back to the Belarusian border."

WATCH | Belarus tries to force opposition activist out of country: 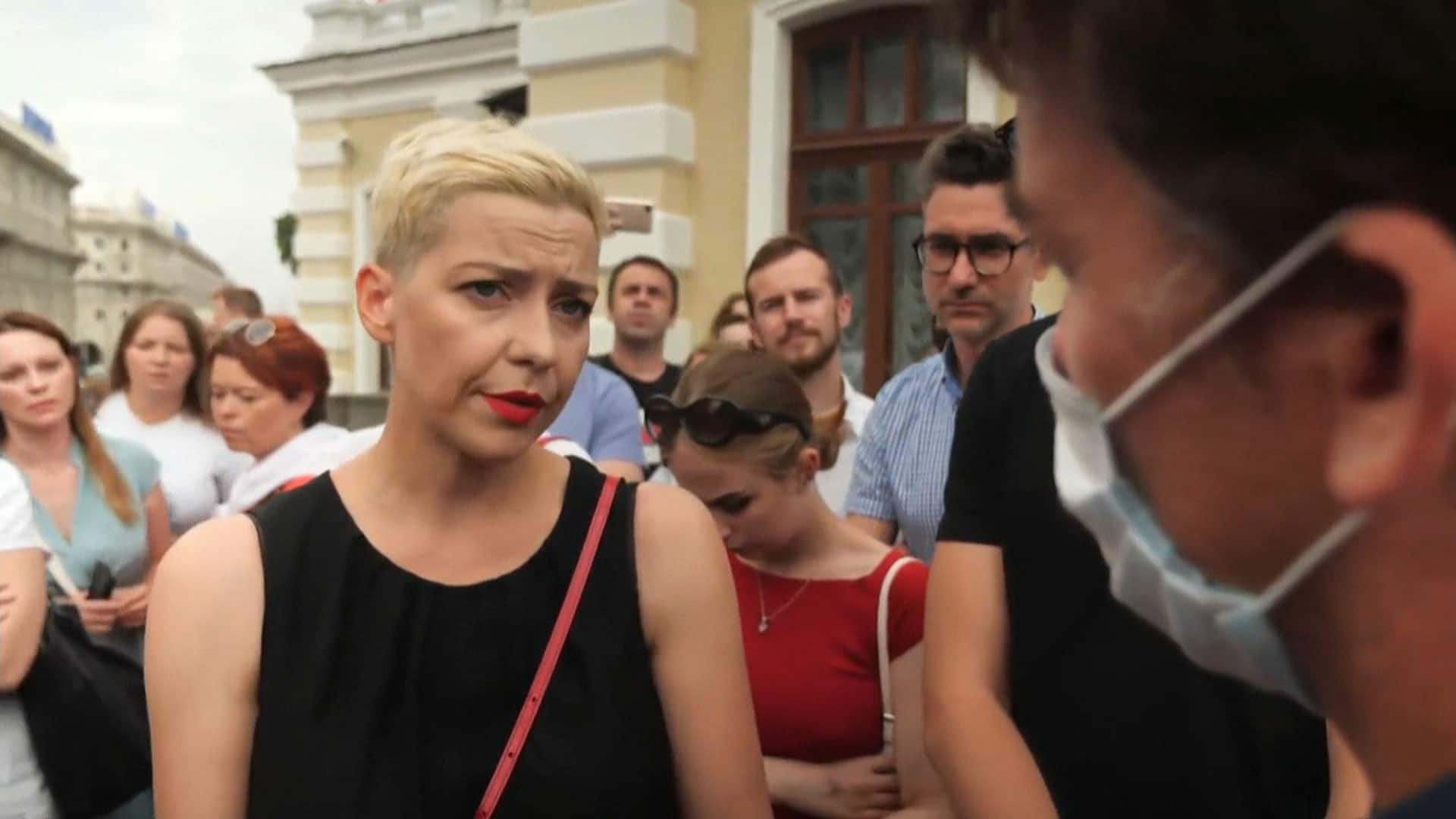 Belarus tries to force opposition activist out of country

3 months agoVideo
1:37
The whereabouts of one of Belarus's most prominent opposition activists remains unknown after an attempt to force Maria Kolesnikova to leave the country. And her disappearance has fuelled the anger and more protests in the streets. 1:37

He said that "Maria is in great shape, full of energy and spirits, as always."

Anton Bychkovsky, spokesperson for Belarus's Border Guard Committee, confirmed that Kolesnikova is in the custody of Belarusian authorities, but refused to give any details of what happened on the border.

Belarus has applied similar tactics with other opposition figures, seeking to end a month of demonstrations against the re-election of Lukashenko in a vote that protesters see as rigged. Lukashenko has ruled the country for 26 years, relentlessly stifling dissent and keeping most of the economy in state hands.

The 66-year-old former state farm director has rejected criticism from the United States and the European Union, which said the Aug. 9 election was neither free nor fair, and shrugged off their demands to engage in a dialogue with the opposition.

Svetlana Tikhanovskaya ​​​​​​, the main opposition challenger to Lukashenko, left for Lithuania a day after the election under pressure from authorities.

Addressing the Council of Europe's Parliamentary Assembly on Tuesday, Tikhanovskaya called for international sanctions against Lukashenko and other government officials.

"We need international pressure on this regime, on this one individual, desperately clinging onto power," she said.

Tikhanovskaya said that Lukashenko doesn't have any legitimacy after stealing the vote, warning other countries against making any deals with the Belarusian government.

"He does not represent Belarus anymore," she said.

Kolesnikova, a 38-year-old flute player who led a popular arts centre, entered politics just before the election. She led the campaign headquarters of a top potential challenger to Lukashenko, and when he was barred from running and jailed on charges widely seen as political, she joined Tikhanovskaya's campaign.

Another Tikhanovskaya associate, Antonina Konovalova, disappeared Tuesday after a court fined her for taking part in a weekend protest.

After a brutal crackdown on protesters in the first few days after the vote that stoked international outrage and swelled the ranks of protesters, authorities in Belarus have switched to threats and selective arrests of opposition activists and demonstrators.

Other opposition activists have fled

Last week, Pavel Latushko, a former minister of culture and ambassador to France who joined the opposition council, travelled to Poland after facing threats and being questioned. His departure came a day after Lukashenko warned that Latushko had crossed a "red line" and would face prosecution.

On Saturday, a top associate of Tikhanovskaya, Olga Kovalkova, also moved to Poland after authorities threatened to keep her in jail for a long time if she refused to leave the country.

Kovalkova said agents of the Belarusian State Security Committee put her into a car, where she was told to lie on the floor, unaware where they were taking her. She was dropped off in no-man's land between the Belarus and Poland border, and Polish border guards asked a bus driver driving into Poland to take her on board.

The efforts to make opposition activists leave the country come amid a criminal probe against members of the Coordination Council.

Belarusian prosecutors have accused them of undermining the country's security by calling for talks on a transition of power. Several council members were arrested and some others called for questioning.

Last week, Kolesnikova announced the creation of a new party, Together.

She said the move will help overcome the current crisis, but the party founders' call for constitutional changes has stunned some other opposition council members, who argued that it could divert attention from the main goal of getting Lukashenko to step down.