President deflects blame, said he was only aware of ammonium nitrate stockpile since June

Outside the port area, women cried as they waited for news about missing relatives.

Among the four bodies recovered in the last 24 hours was that of 23-year-old Joe Akiki, a port worker missing since Tuesday's explosion. His body was found in the rubble near a grain silo that was shredded along with other buildings in the port.

French and Russian rescue teams with dogs were searching the port area on Friday, the day after French President Emmanuel Macron paid a visit to the site, promising aid and vowing to press for reforms by Lebanon's long-entrenched political leaders.

"Our experience shows that we can find people alive until up to 72, 75 or 80 hours after an explosion or an earthquake, so for now we are still in time and we cling on to this hope," said Col. Vincent Tissier, head of the French team.

The blast was apparently caused by the ignition of 2,750 tonnes of ammonium nitrate, a chemical used for explosives and fertilizer that had been stored at the port since it was confiscated from an impounded cargo ship in 2013.

But Lebanese President Michel Aoun said Friday that he had asked France for satellite images to see if there were warplanes or missiles in the air at the time of the blast to rule out the possibility of "external intervention."

Aoun, who has been in his post since 2016, said previous governments had known about the danger of the stockpile since it was confiscated from a ship impounded in 2013.

"The material had been there for seven years, since 2013. It has been there, and they said it is dangerous and I am not responsible. I don't know where it was placed. I don't even know the level of danger," Aoun told a news conference.

He said that when he was told of the stockpile on June 20, he immediately ordered military and security officials "to do what is needed."

The government has launched an investigation as it has come under mounting criticism, with many Lebanese blaming the catastrophe on negligence and corruption.

WATCH | Scenes from on the ground Friday: 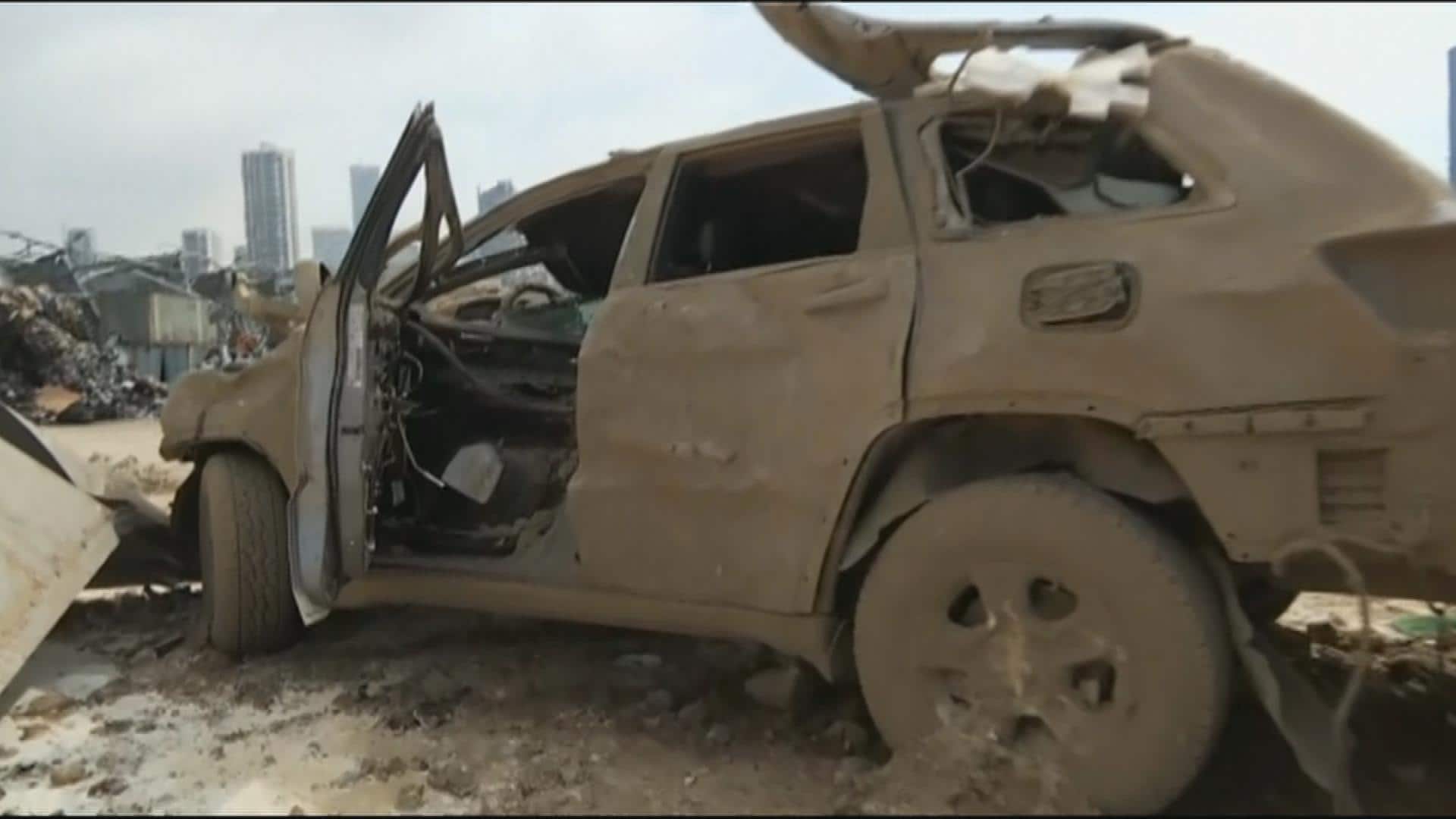 3 months ago
1:26
The damage at Beirut's port, where the blast occurred, shows the full power of the explosion. 1:26

The United Nations human rights office is calling for an independent investigation into the Beirut explosion, insisting that "victims' calls for accountability must be heard."

In his comments, Aoun rejected the idea of an international investigation into the blast.

Meanwhile, spokesperson Rupert Colville of the UN High Commissioner for Human Rights cited the need for the international community to "step up" to help Lebanon with both a quick response and sustained engagement.

He said Lebanon is facing the "triple tragedy of a socio-economic crisis, COVID-19 and the ammonium nitrate explosion" that devastated the capital on Tuesday.

Colville also called for the poor and most vulnerable to be respected as Beirut and Lebanon rebuild, and urged Lebanese leaders to "overcome political stalemates and address the grievances of the population."

That was an allusion to large protests that broke out in Lebanon in October.

At a UN briefing in Geneva on Friday, World Health Organization spokesperson Christian Lindmeier said the organization was appealing for $15 million US for emergency trauma and humanitarian health support. He also said 17 containers laden with personal protective equipment — much needed for fighting the coronavirus outbreak — were destroyed in the blast. WHO has sent in trauma and surgical supplies already.

World Food Program spokesperson Elisabeth Byrs said that agency is allocating 5,000 food parcels to families in Beirut, noting that Lebanon imports 85 per cent of its food — much of it through the now-damaged port.

Search and rescue teams have been sent from several countries to help locate survivors of the blast.

A team of 55 French rescuers that began work Thursday has found four bodies, according to Col. Tissier Vincent, the head of the mission. Lebanese firefighters are also working at the demolished port, where bulldozers and excavators were churning through the rubble.

Dozens of people are still missing, and at the entrance to the port a family waited for news of a relative.

The EU has sent more than 300 rescue workers, sniffer dogs, vehicles and equipment. European Council president Charles Michel is heading to Beirut for weekend talks with Lebanon's leaders as the EU weighs its contribution to a donor conference in coming days.

Some 300,000 people — more than 12 per cent  of Beirut's population — are unable to return to their homes because of the explosion, which blew out doors and windows across the city and left many buildings uninhabitable. Officials have estimated losses at $10 billion to $15 billion US.

UNICEF spokesperson Marixie Mercado said as many as 100,000 children are among those whose homes were damaged or destroyed and have now been displaced.

Mercado said the areas around the blast faced the most active community transmission of COVID-19 and said it was "impossible for those affected to practice safe distancing" — as recommendated by WHO and other health officials to prevent the spread of the coronavirus.

WATCH l On Lebanon's daunting set of challenges ahead: 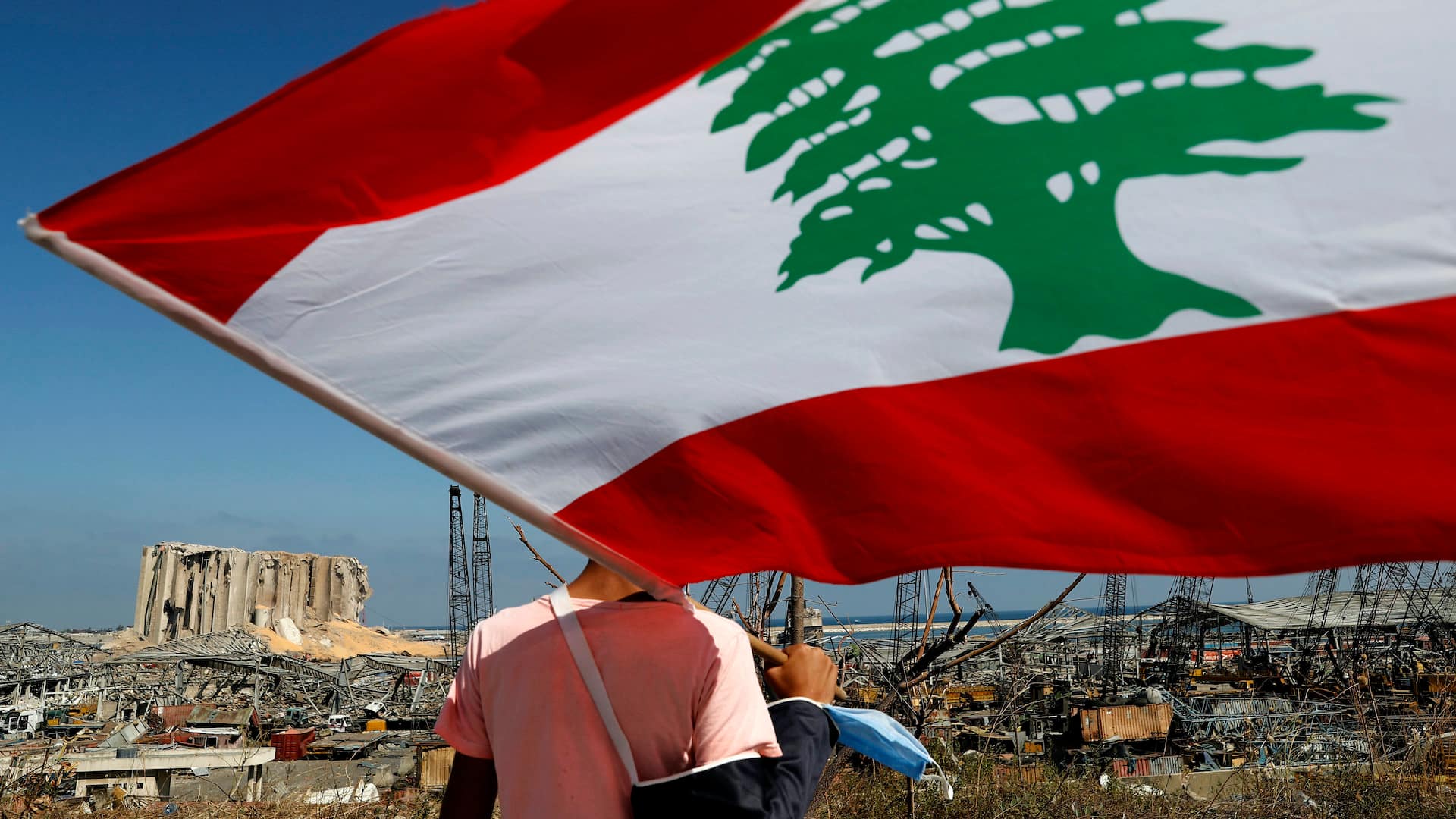 3 months ago
6:03
Even before the Beirut explosion, Lebanese were talking about the country becoming 'completely and utterly bankrupt,' says Bessma Momani, a political scientist at University of Waterloo. 6:03

Damaged hospitals, already strained by the coronavirus pandemic, are still struggling to deal with the wounded.

The investigation is focusing on port and customs officials, with 16 employees detained and others questioned. But many Lebanese say it points to much greater rot that permeates the political system and extends to the country's top leadership.

For decades, Lebanon has been dominated by the same political elites — many of them former warlords and militia commanders from the 1975-1990 civil war. The ruling factions use public institutions to accumulate wealth and distribute patronage to supporters. Thirty years after the end of the civil war, power outages are still frequent, trash often goes uncollected and tap water is largely undrinkable.

Even before the blast, the country was mired in a severe economic crisis that was also widely blamed on the political class. Unemployment was soaring, and a collapse of the local currency wiped out many people's savings, That will make the task of rebuilding after the blast even more daunting.