The largest cities in Alabama and Maryland tore down or covered up Confederate monuments overnight and early Wednesday, days after white nationalists led a deadly protest over the planned removal of a Confederate statue in Charlottesville, Va.

The largest cities in Alabama and Maryland tore down or covered up Confederate monuments overnight and early Wednesday, days after white nationalists led a deadly protest over the planned removal of a Confederate statue in Charlottesville.

Work crews in Birmingham built a wooden structure to cover up a pro-Confederacy monument in a downtown park, while four such monuments were pulled down and removed in Baltimore.

A monument to both Robert E. Lee, commander of the pro-slavery Confederate army in the U.S. Civil War, and Thomas (Stonewall) Jackson, a Confederate general, were dismantled from Baltimore's Wyman Park Dell after the city council on Monday approved the removal of four statues, the Baltimore Sun reported.

Crews also removed the Confederate Women's Monument, a monument to Confederacy soldiers and sailors, and a statue of Roger Taney, chief justice of the U.S. Supreme Court who delivered a landmark 1857 ruling that upheld slavery and denied citizenship to African-Americans.

"Following the acts of domestic terrorism carried out by white supremacist terrorist groups in Charlottesville, Virginia, this past weekend, cities must act decisively and immediately by removing these monuments," Brandon Scott, who's on Baltimore city council, wrote in a resolution calling for the removal of the statues, according to the Sun. 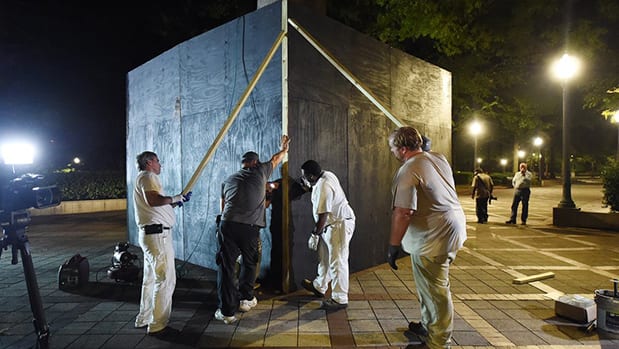 Birmingham, Ala., covers up Confederate statue

3 years agoVideo
0:33
Mayor William Bell’s orders to board up a 15-metre tall Confederate monument were carried out Monday night, days after a violent rally by white nationalists in Virginia was sparked by the removal of a statue of general Robert E. Lee in that state. Alabama state law prohibits the removal of rebel memorials 0:33

Maryland was a "border state" during the war — one of five that had slaves but had neither joined the pro-slavery Confederacy nor seceded from the abolitionist Union.

Legislators in Alabama, which sided with the Confederacy, earlier this year passed a law prohibiting the removal of structures including rebel memorials. So Birmingham Mayor William Bell ordered the city's 15-metre Confederate obelisk covered with plywood panels.

The box-like structure covers a panel that says the memorial to Confederate soldiers and sailors was dedicated in 1905 by the United Daughters of the Confederacy. 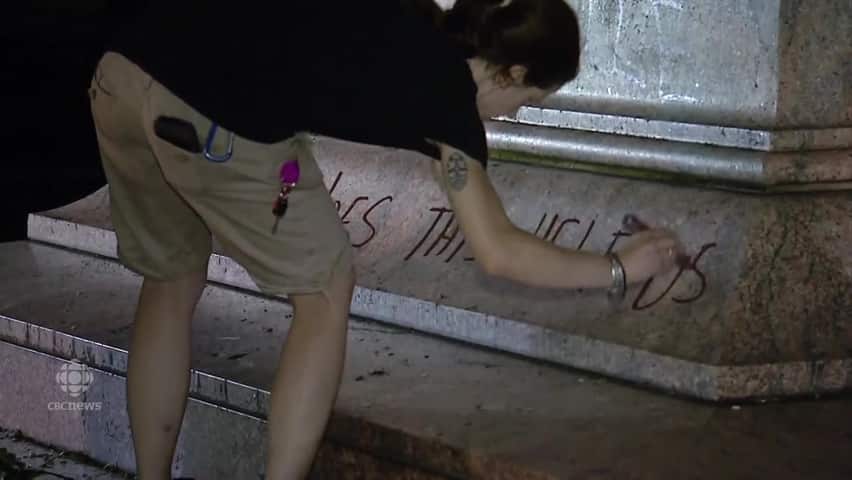 The mayor's office says it's looking at ways to challenge the state law.

Municipal leaders elsewhere in the U.S. said this week they would step up efforts to pull down Confederate monuments. Similar efforts are underway in Lexington, Ky., Memphis, Tenn., and Jacksonville, Fla. Protesters on Monday tore down a statue of a Confederate soldier outside a Durham, N.C., courthouse.

Three people have been arrested in connection with the removal of the Durham statue, and face felony charges related to inciting and participating in a riot that damaged property. Investigators plan more arrests.

The rally turned deadly when a car rammed into a crowd of counter-protesters, killing a woman and injuring 19 other people.

Saturday's violence appears to have accelerated the drive to remove memorials, flags and other reminders of the Confederate cause across the United States.