Austria says mistakes made in dealing with Vienna attacker

Slovak intelligence told Austria in July that the man who fatally shot four people in a terror attack in Vienna this week had tried to buy ammunition there and mistakes were apparently made in dealing with that information, Austrian authorities conceded.

Slovak intelligence told their Austrian counterparts in July that the man who fatally shot four people in a terror attack in Vienna this week had tried to buy ammunition there and mistakes were apparently made in dealing with that information, Austrian authorities conceded Wednesday.

The suspect, identified as a 20-year-old man, had a previous conviction for trying to join the Islamic State (ISIS) group in Syria and had been given early release in December.

In addition to killing the two men and two women, the attacker also wounded more than 20 people over nine minutes before being killed by police on Monday night. Bars and cafés were crowded with people enjoying warm weather and a last evening out before the establishments were due to close under new coronavirus restrictions.

The attacker was armed with an automatic rifle, a handgun and a machete, and wore a fake explosives vest.

A full assessment of copious video evidence has confirmed that he was a lone assailant, Interior Minister Karl Nehammer said.

Austrian officials say that the suspect, a dual citizen of Austria and North Macedonia, hoodwinked the justice system's deradicalization program after his release. And Nehammer said Wednesday that other things appeared to have gone wrong.

Slovak intelligence informed Austria that the man was trying to buy ammunition, and "something apparently went wrong with the communication in the next steps," Nehammer said. He added that he would propose that an independent panel to be set up to examine "where things happened that shouldn't have happened."

In neighbouring Slovakia, police said they received information during the summer about "suspected persons from Austria" trying to buy ammunition.

"They failed to make the purchase," they said. "We immediately sent the information to our Austrian colleagues." 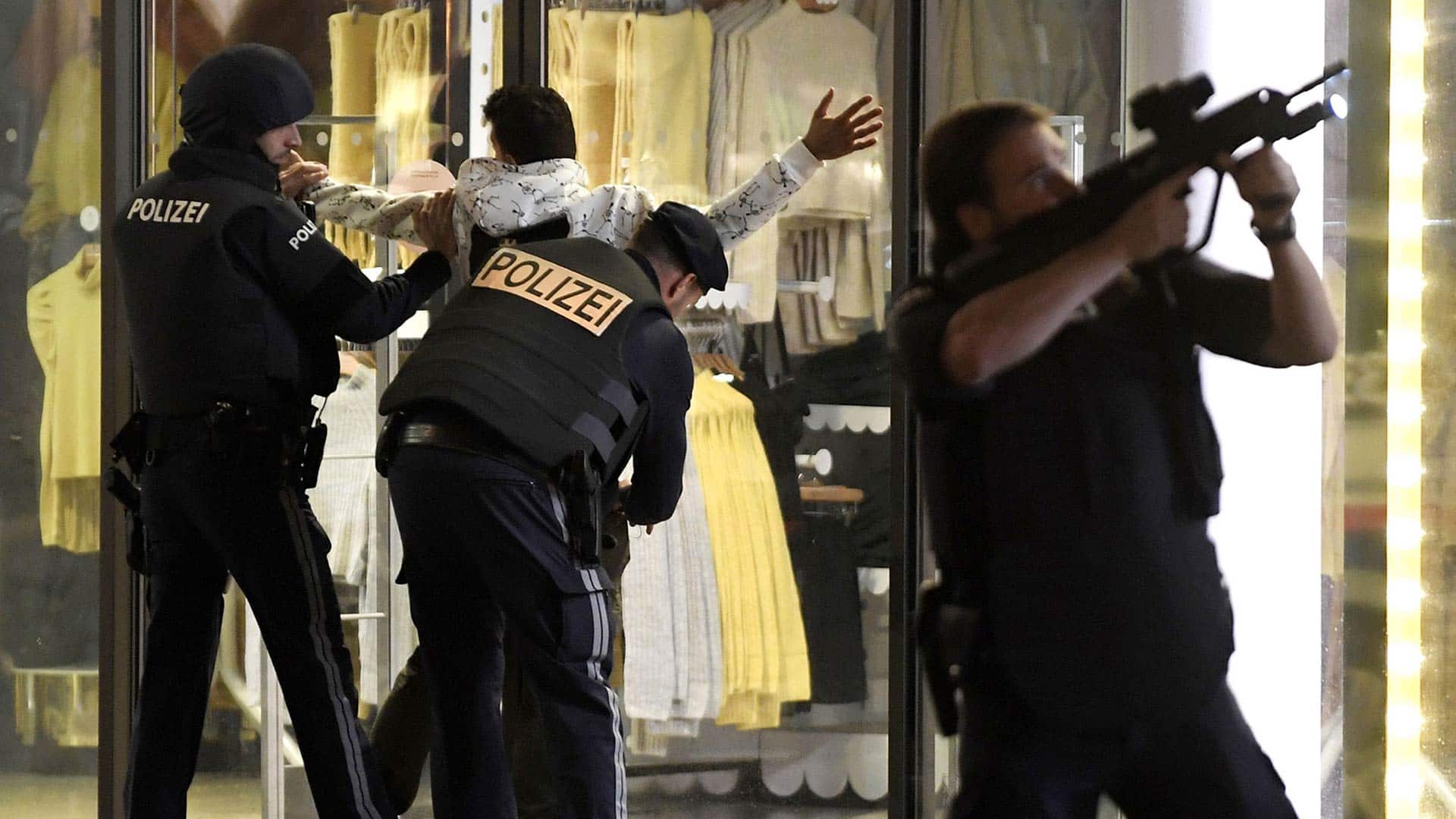 Fourteen people associated with the attacker were detained Tuesday for questioning. Nehammer said their ages range from 18 to 28 and all have immigrant roots. Some don't have Austrian citizenship.

Police in the Swiss city of Winterthur said Tuesday two men were arrested there. Swiss daily St. Galler Tagblatt reported that Swiss Justice Minister Karin Keller-Sutter described them as "colleagues" of the attacker.

Ruf said Austrian authorities are in close contact with their Swiss counterparts.

The assailant, identified as Kujtim Fejzulai, attended school in Vienna for years and until recently lived with his parents in the city, Ruf said.

In August 2018, he tried to travel to Afghanistan to attempt to join ISIS, but was turned back because he had no visa. In September of the same year, he travelled to Turkey in hopes of getting to Syria to join the extremist group, but was detained and held for months by Turkey before being returned to Austria in January 2019, where he was arrested at the airport.

ISIS claimed credit for the Vienna attack. The claim of responsibility was published through the militant group's media arm, Aamaq. It didn't elaborate on the attacker's ties to ISIS and had similar wording to past, opportunistic claims by the group.