The art of war: Drawings and paintings offer unique perspective in digital age

The idea of artist as reporter is age-old. For centuries and across cultures, painting and drawing were the only visual testimonies of the world's conflicts and crises. Photography and film changed all that, of course. But in this digital age where the image is everything and cameras are everywhere, art as information is experiencing a renaissance.

The hot dog vendor fumes at the sight of our TV camera. From behind his Times Square stand, he wags a finger and shouts, "No movie! No Movie!"

We carry on, focused on artist and author Molly Crabapple. She's sketching for an upcoming Village Voice story about New York City's crackdown on street vendors.

Suddenly, the livid vendor is in front of us. Arms flailing, he repeats: "No movie! No movie! Or I break your camera!" then thrusts a thick middle finger right into the lens.

He holds it there, fires off a few more empty threats, and strides back to his cart clearly charged by the confrontation.

He's not alone. From the sidelines, Crabapple laughs, "That was great."

In the past four years, Crabapple has documented some of the world's fiercest conflicts and their fallout, covered prison conditions in Guantanamo, migrant labour in Abu Dhabi, and Syrian refugees in Iraqi Kurdistan, Lebanon and on the Turkish border. At times as a writer; always as an artist.

"Art as a form is a little bit of alchemy because you can take something that's ugly and, if you render it well, it becomes beautiful in its way. It becomes something compelling to look at."

The idea of artist as reporter is age-old. For centuries and across cultures, painting and drawing were the only visual testimonies of the world's conflicts and crises.

Photography and film changed all that, of course. But in this digital age where the image is everything and cameras are everywhere, art as information is experiencing a renaissance.

The native New Yorker has been a working artist for over a decade. Her pen name is a holdover from her student days.

"I was working as a naked model when I was 19, paid my way through school, and I needed a fake name. I just kept it."

She got her start as the house artist in a New York nightclub drawing burlesque and other late night licentiousness.

"I got to sit there and draw what was going on and I got to chronicle it," she says. "I mean, to me, this was the most exciting thing in the world, to capture the world in my sketch book as it happened."

Then, in 2011, when Occupy Wall Street sprang up just down the street from her studio, Crabapple found a cause and, eventually, a calling.

"I started doing posters I would email to an activist, and within a few hours it would be on the streets. Not just in New York, but in other cities as well. I mean this was just so real: art engaged in life, right on the streets. I loved it."

"I wanted to use my sketch book the way that a photojournalist uses their camera, to soak up the world and soak up history in the same way."

George Butler calls himself a reportage illustrator and works out of London, England.

The fine lines of his light watercolours couldn't be more different from Crabapple's dark hatchings, but both artists share a dedication to the idea of drawing from life.

"When you're sitting in a place for two hours and drawing as a witness, every mark you make is influenced by what happens in front of you," Butler says.

"The value of sitting and watching something is exponential. You can't compete with seeing it first-hand. Not just your eyes, your ears; all your senses are at work. It's an experience you're trying to explain. It's not an accurate copy. It's a composite image."

This form of reporting abandons the old orthodoxy of objectivity in favour of a more personal, sometimes political take.

While still at university, Butler travelled to Afghanistan as a guest of the British Army in 2006. "I drew there for two weeks. I thought it a perfectly brilliant way of recording the news."

"Kabul was subjected to lots of attacks and bombings, and still is. What you don't see on the news or from consultants or NGOs is that every day five million people get up and go to work, kids go to school. And so we have an expectation that it's an uncomfortable, unsafe place. Drawing is a great way to offer an alternative to that."

While he believes the current obsession with photography makes drawings even more unique, he sees a stronger tradition in the U.K. of using drawings to document the news. He rattles off examples, including Ronald Searle's drawings of PoW camps in Japan during the Second World War, Paul Hogarth's observations of America in the late 1970s, and Linda Kitson's work from the Falklands War.

Butler has also covered mining in Ghana and monks in Myanmar, but he says conflict is what captures the public's attention. Short bursts of sudden calm allowed him to travel to the city of Azaz in northwestern Syria in 2012 and to Idlib in 2013.

"Painting and drawing make atrocities more comprehensible," he says. "That's what they do. It's something the audience can engage with, seeing through someone else's eyes. It's safe to look at these drawings. They can look at it without putting up that defence system that we do when a photograph is so horrific."

In November, Butler is heading to Nepal with a charity called Working Hands. He'll be in "a classic surgeon's theatre" sketching plastic surgeons reconstructing the hands of people who've contracted leprosy.

Crabapple is working on a book about life in Raqqa, Syria, ISIS's de facto capital. Brothers of the Gun, to be published by Random House, continues her collaboration with Marwan Hisham — a pen name used for protection — a young Syrian journalist who lived under the ISIS occupation of his hometown for two years.

"He sent me cellphone photos of daily life in Raqqa and I drew them," Crabapple says. "What I wanted to do with these pieces is to show that there is more there than just a war zone. You know it's a place where people live as well, a city. I remember when he first sent them to me they were like a window. Like something I wasn't supposed to see."

A far cry from her burlesque beginnings? She doesn't see it that way. 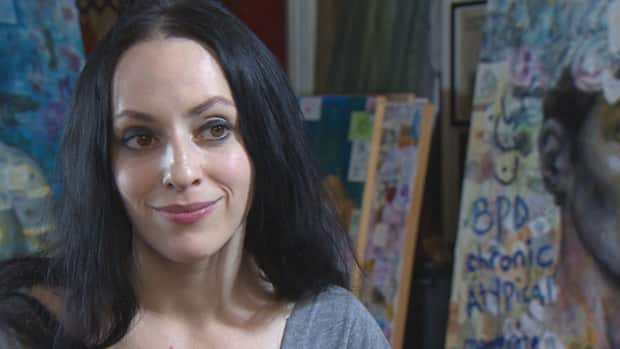 Molly Crabapple | Art as a 'Weapon'

4 years ago
8:29
Artist Molly Crabapple draws war and conflict, with subjects ranging from Guantanamo to Syria to Occupy Wall Street 8:29