Israeli Prime Minister Benjamin Netanyahu's office on Thursday released a video of a closed meeting in which senior Gulf Arab officials play down the Israeli-Palestinian conflict, defend Israel's right to defend itself and describe Iran as the greatest threat to regional peace.

Israeli Prime Minister Benjamin Netanyahu's office on Thursday released a video of a closed meeting in which senior Gulf Arab officials play down the Israeli-Palestinian conflict, defend Israel's right to defend itself and describe Iran as the greatest threat to regional peace.

The video, bearing the insignia of Netanyahu's office, gave a glimpse into the behind-the-scenes contacts the Israeli leader frequently boasts of, but which are rarely seen in public. The video was recorded on a mobile device, and it was not clear who took it.

Netanyahu's office briefly made the YouTube video available to a small group of journalists travelling with him before quickly removing it.

It was unclear whether Netanyahu, who is running for re-election, intended to leak the information or distributed it mistakenly. But the decision to take the video down indicated the Gulf officials, whose governments do not have formal diplomatic relations with Israel, had not consented to its release.

The edited, 25-minute video shows a series of comments made by officials from Bahrain, Saudi Arabia and the United Arab Emirates on a panel discussion at a U.S.-sponsored security conference in Warsaw. Some 60 nations participated in the gathering, which was focused heavily on countering Iran's growing influence in the region.

Bahrain's foreign minister, Khalid al-Khalifa, made some of the toughest comments, saying Iran is a far bigger threat to regional security than the long-running Israeli-Palestinian conflict.

"We grew up talking about the Palestine-Israel dispute as the most important issue," he says. "But then at a later stage, we saw a bigger challenge. We saw a more toxic one, in fact the most toxic in our modern history, which came from the Islamic Republic, from Iran." 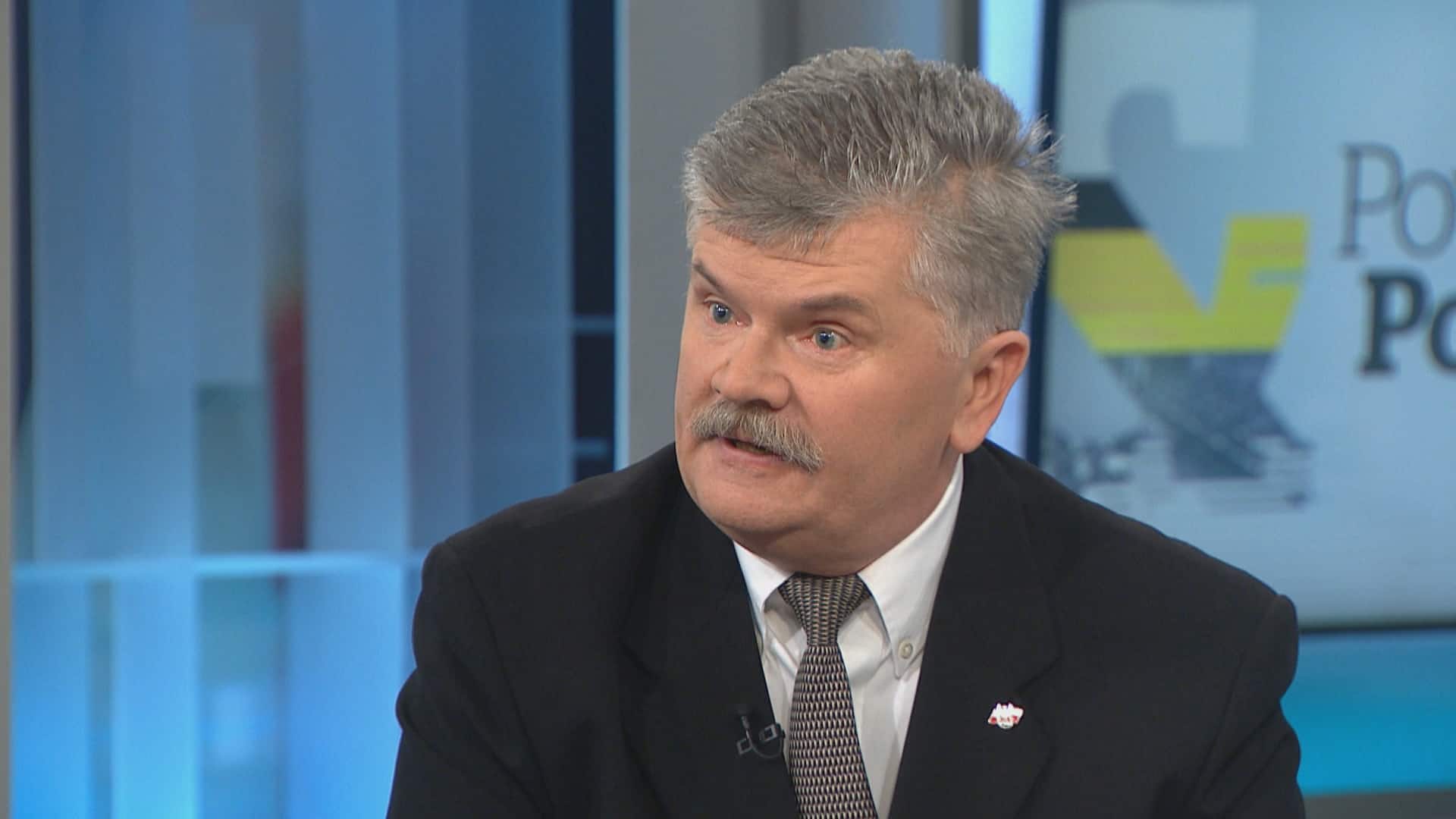 2 years ago
8:13
'in diplomacy there's always the chance, we never close the doors,' says Poland's ambassador to Canada, Andrzej Kurnicki. 8:13

He went on to denounce the "neo-fascist regime" in Tehran, accusing it of plotting attacks in his country and destabilizing Yemen, Syria and Iraq. He also said that "toxic money, guns and foot soldiers of the Islamic Republic" have hindered progress in Israeli-Palestinian peace efforts.

Bahrain, an island nation off Saudi Arabia that's home to the U.S. Navy's Fifth Fleet, long has had tense relations with Iran.

Shah Muhammad Reza Pahlavi for years pushed for control of the Shia-majority island. After Iran's 1979 Islamic revolution, Iranian-backed militants launched a failed coup attempt on the island. Even today, Bahrain accuses Iran of arming Shia militants amid a years-long crackdown on all dissent by the island's Sunni rulers.

While the Gulf Arab countries' animosity toward Iran is well known, it is generally taboo for Arab leaders to make such comments about the Palestinians in high-profile public settings. There was no immediate reaction from Palestinian officials in the West Bank.

Israel has identified Iran as its greatest threat. It has vowed to prevent Iran from establishing a permanent military presence in Syria and has carried out scores of airstrikes on Iranian targets in the neighbouring country.

Asked about Israel's military activity in Syria, Emirati Foreign Minister Abdullah bin Zayed al-Nahyan said: "Every nation has the right to defend itself when it's challenged by another nation."

"Who is supporting Hamas and Islamic Jihad and undercutting the Palestinian Authority?" he says. "Iran."

Netanyahu did not participate on the panel, but is seen sitting in the audience. Speaking to reporters early Thursday, Netanyahu cryptically hinted at what he called the "unfathomable" friendly atmosphere at the conference. But he did not disclose details or say whom he had met.

Tzipi Livni, a political rival, accused Netanyahu of violating standard protocol and leaking the video of a discreet meeting to boost his campaign in the April 9 elections.

Removing the video was the second time on the trip that Netanyahu has appeared to backtrack.

On Wednesday, Netanyahu said he hoped the conference would rally support for "war with Iran." His office later said his comments had been mistranslated from Hebrew, and that he was calling for everyone to "combat" Iranian influence.