A 3-year-old Canadian girl was killed in the Beirut blast. Her family hopes her death is 'catalyst for change'

Alexandra Naggear — a Canadian citizen, just like her mother, who is a former Montrealer — was one of the youngest victims of the Beirut blast and has, for many, become the face of the catastrophe.

Tracy Awad Naggear covered her three-year-old daughter Alexandra as shock waves from the Beirut explosion just one kilometre away rained debris over them.

Doors and glass fell on Awad Naggear's head and back, and all she could think was: "I'm taking the hits, it's good. She's under me, she's safe, and the rest I just don't care."

What she didn't realize at the time was that it was already too late. The first blast that propelled both mother and daughter across the room caused a head injury so severe that little Alexandra would die in hospital two days later.

Alexandra — a Canadian citizen, just like her mother, who is a former Montrealer — was one of the youngest to have died in the Aug. 4 blast that killed over 150 people and injured thousands more. For many, she has become the face of Beirut's catastrophe.

Her parents say they wished their daughter would survive to be the "miracle" the city needed. Now, their only hope is that her death is a catalyst for change in Lebanon.

Alexandra's death has convinced the Naggear family to speak out about Lebanon's corruption and the international community's complicity.

"I cannot find justice for my daughter through traditional routes, so this is what I must do," Paul Naggear said.

Countries with political ties to Lebanon, he said, like the U.S., the European Union, China and Iran, helped enable "the corruption, the mismanagement" that allowed huge quantities of explosive materials to be stored for years in the city's port.

"I want everyone to know what we are facing," Naggear said. "This is one of many incidents that we have lived through in the last 30 years. This is the cherry on top."

Before the explosion, Alexandra was home, playing with a friend as her parents worked in their apartment, which doubled as the office for their business.

Naggear said the grain silos between their apartment and the port absorbed much of the force of the explosion. But it was enough to take away what the family held dearest and deal a blow they're unsure Lebanon can recover from.

Naggear said the resignations of top government officials in Lebanon after the explosion are not enough and that "there needs to be a root change."

He wants the international community to tread carefully in its involvement with the country after the explosion and make sure that financial aid falls in the hands of the people.

He wants people around the world to know about the solidarity and strength of Lebanese people, the ones who are cleaning the streets themselves with almost no help from the local government and finding ways to help each other through the destruction of the blast.

"We believe that what happened was very hard for us, it was a crime," said Awad Naggear. "But let's hope it's a crime that will help us turn around things in Lebanon and get our country back."

As a result of the blast, Awad Naggear suffered six broken ribs and a broken finger that required hours of surgery, but she is recovering.

A friend helped her get to the hospital after the explosion, while Naggear drove Alexandra to another hospital on a motorcycle.

The swelling on his daughter's brain was so acute, Naggear recounted, surgeons had to remove parts of her skull to relieve the pressure. Forty-eight hours later, she died.

"We were wishing that she would be the miracle that this catastrophe would need," he said. "A loving baby, a loving person, and hopefully the catalyst for change that we need."

WATCH | Parents of Canadian girl killed in Beirut hoped for a miracle: 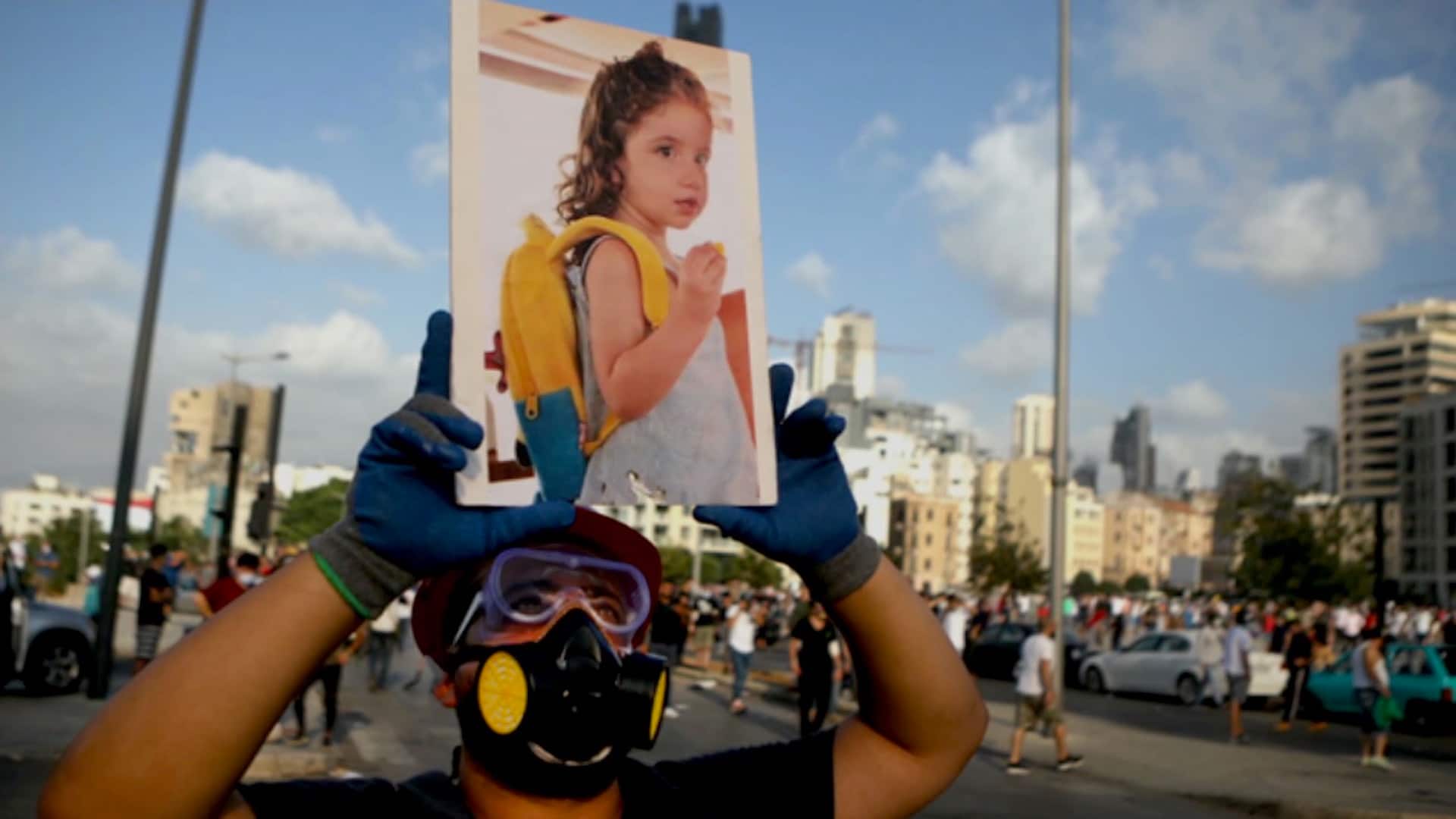 2 months ago
12:14
Tracy and Paul Naggear hoped their three-year old daughter, Alexandra, would survive the initial blow from the blast and become a symbol of hope for Lebanon. 12:14

Awad Naggear says it is often said that "when you kill Beirut, it will live again." As her daughter lay in the hospital, she whispered, "They killed you, please live again."

"My only hope today is that the fact that we lost a child is a wake-up call for all Lebanese people and expats and international people to just help us save this country."

With files from Nahayat Tizhoosh and CBC News Network