The United States began withdrawing troops from Afghanistan, the U.S. military said Tuesday, taking a step forward on its peace deal with the Taliban while also praising Afghan President Ashraf Ghani's promise to start releasing Taliban prisoners after he had delayed for over a week.

As part of the deal signed by the U.S., some 5,000 imprisoned Taliban members are to be freed

The United States began withdrawing troops from Afghanistan, the U.S. military said Tuesday, taking a step forward on its peace deal with the Taliban while also praising Afghan President Ashraf Ghani's promise to start releasing Taliban prisoners after he had delayed for over a week.

The U.S.-Taliban deal signed Feb. 29 was touted as Washington's effort to end 18 years of war in Afghanistan. The next crucial step was to be intra-Afghan talks in which all factions including the Taliban would negotiate a road map for their country's future.

But Ghani and his main political rival, Abdullah Abdullah, were each sworn in as president in separate ceremonies Monday. Abdullah and the elections complaints commission had charged fraud in last year's vote. The duelling inaugurations have thrown plans for talks with the Taliban into chaos, although Ghani said Tuesday that he'd start putting together a negotiating team.

The disarray on the Afghan government side is indicative of the uphill task facing Washington's peace envoy Zalmay Khalilzad as he tries to get Afghanistan's bickering leadership to come together. In an early Tuesday tweet, Khalilzad said he hoped the two leaders can "come to an agreement on an inclusive and broadly accepted government. We will continue to assist."

U.S. military spokesperson in Afghanistan Sonny Leggett said in a statement Tuesday the military had begun its "conditions-based reduction of forces to 8,600 over 135 days."

Currently the U.S. has about 13,000 soldiers in Afghanistan — 8,000 of whom are involved in training and advising Afghanistan's National Security Forces, while about 5,000 are involved in anti-terror operations and militarily supporting the Afghan army when they are requested.

Ghani had been dragging his feet on releasing some 5,000 Taliban prisoners, something agreed to in the U.S.-Taliban deal. Ghani promised Monday to announce a decree to free the prisoners after the U.S. and a number of foreign dignitaries appeared to back his claim to the presidency by sending their representatives to his inauguration.

Taliban officials said late Monday that a flurry of biometric identifications were being conducted on Taliban prisoners, hinting at a mass release, according to prisoners currently in lockup. The Taliban officials spoke on condition of anonymity because they weren't authorized to talk to the media.

Sohail Shaheen, the Taliban's spokesperson in Doha where the insurgent group maintains an office, tweeted Tuesday the names of the 5,000 prisoners are with an "American delegation and the list cannot be manipulated," without elaborating.

In his tweet, Shaheen said any prisoners handed over will be verified before being accepted. The Associated Press contacted a Taliban prisoner in Afghanistan's Pul-e-Charkhi Jail on the outskirts of Kabul who said four Taliban had been released Monday and another three Tuesday. The seven had completed their sentences, said Maulvi Niaz Mohammad in a telephone interview.

They were not part of the 5,000 on the Taliban prisoner list, he said. Mohammad, who had also been interviewed by The AP in the prison in December, is in telephone contact with the Taliban's Prisoners Commission, which is headed by Maulvi Nooruddin Turani, a former Taliban justice minister and a violent enforcer of the Taliban's strict code of conduct.

Pompeo warned against "any use of force to resolve political differences."

Both candidates — but particularly Abdullah — are backed by warlords with heavily armed militias, underscoring fears they could use force to back their candidate.

The U.S. has said its partial troop withdrawal over an 18-month period provided for in the deal will be linked to the Taliban keeping their promises to help fight terror in Afghanistan, but not to the success of talks between the Taliban and the Afghan government. 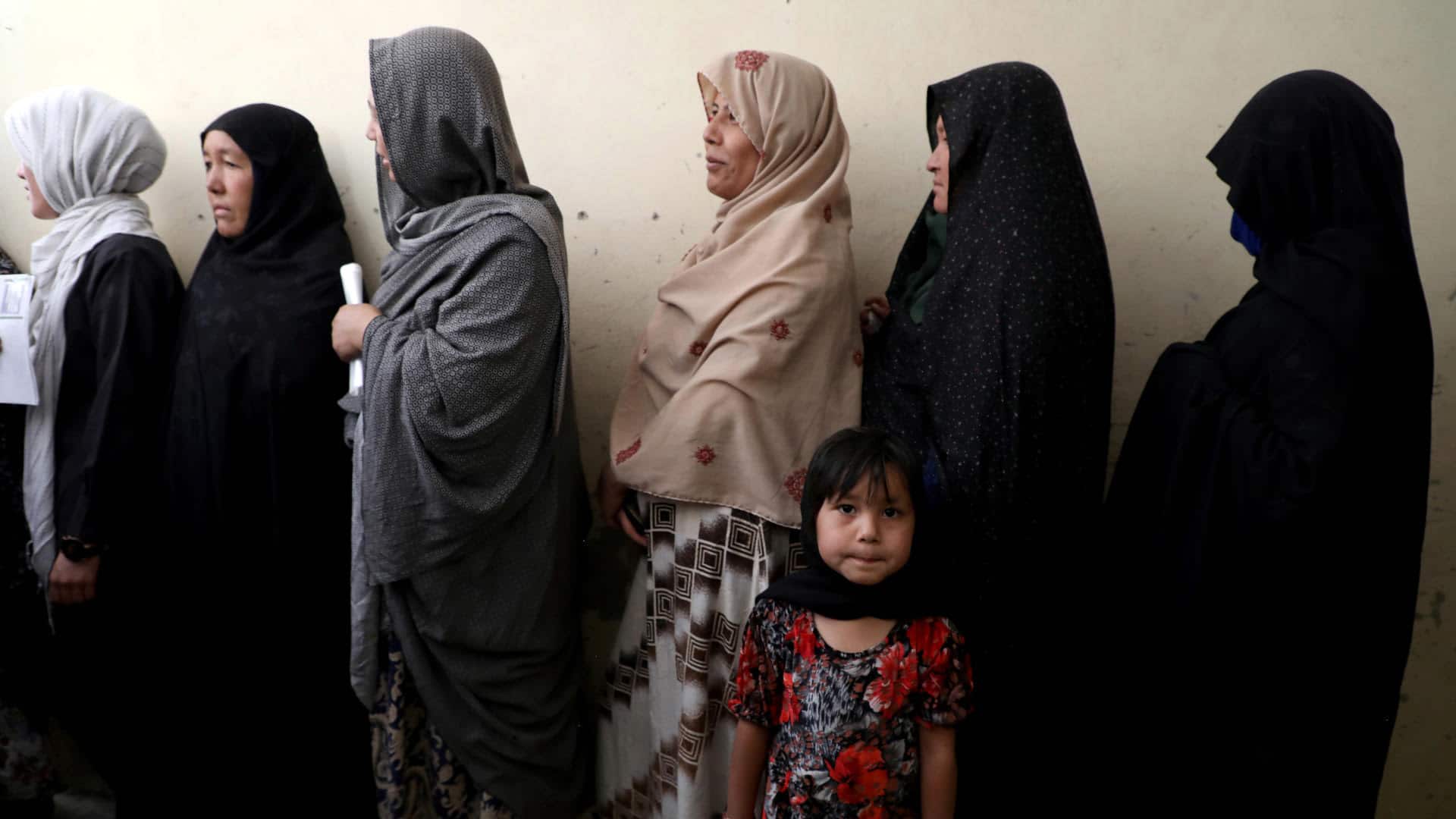 Is there a voice for women in Afghanistan peace talks?

10 months agoVideo
4:08
As the Afghan government prepares for peace negotiations with the Taliban, it is an uncertain time for women in the country. 4:08

On Capitol Hill, the top U.S. commander for the Middle East painted a grim picture of the peace process with the Taliban, saying the current level of attacks is higher than allowed in the plan and he has no confidence the group will honour its commitments.

Marine Gen. Frank McKenzie told the House's armed services committee that he has plans to cut the number of troops to 8,600 by the summer, but so far the U.S. "has not developed military plans" for the full withdrawal in 14 months that is called for in the peace plan.

"To date, Taliban attacks are higher than we believe are consistent with an idea to actually carry out this plan," McKenzie said. "If they're unable to draw down the current level of attacks, then the political leadership will be able to make decisions based on that."

Over the weekend, Taliban spokesperson Zabihullah Mujahed said the insurgent group was committed to its agreement with the U.S. and called on Washington to do its part to make sure its prisoners were freed.

The U.S. in reaching its deal with the Taliban said it expected the Taliban, which has been battling Afghanistan's Islamic State in Iraq and Syria (ISIS) affiliate, to further aid in the effort to defeat ISIS.

ISIS claimed responsibility for a rocket attack that took place during Ghani's inauguration ceremony on Monday. ISIS also claimed a brutal attack last week on a gathering of minority Shias that killed 32 and injured scores more.