The United States and the Taliban have signed a peace agreement aimed at ending the 18-year war in Afghanistan, America's longest. 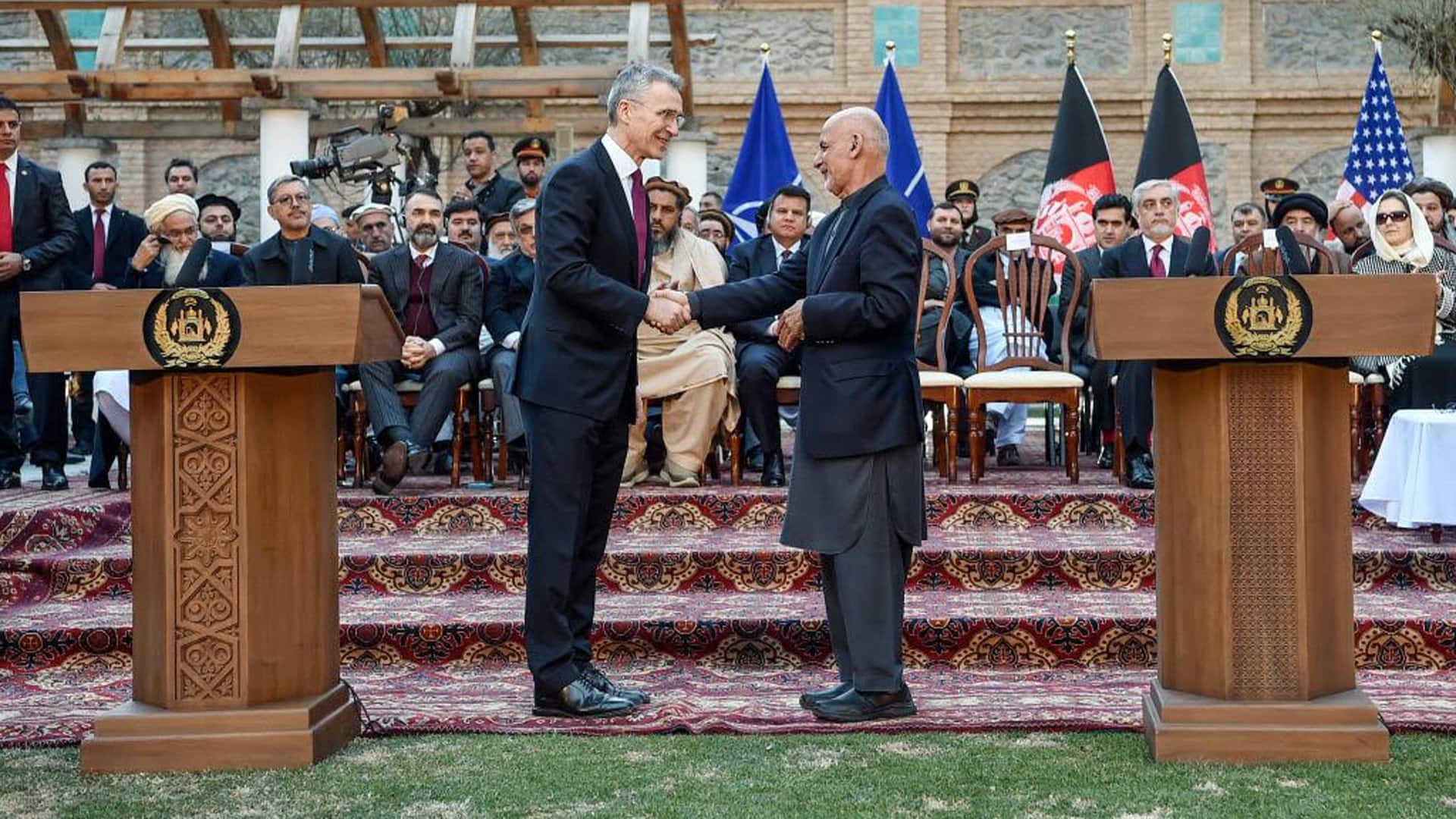 1 year ago
3:35
The United States and the Taliban have signed a peace agreement aimed at ending the U.S.'s 18-year involvement in the conflict in Afghanistan. 3:35

The United States and the Taliban have signed a peace agreement aimed at ending the 18-year war in Afghanistan, America's longest.

The signing could help U.S. President Donald Trump fulfill a key campaign promise to extract America from its "endless wars." Under the agreement, the U.S. will begin withdrawing thousands of troops in exchange for Taliban commitments to prevent Afghanistan from being a launchpad for terrorist attacks.

If the Taliban meet their commitments, all U.S. troops would leave in 14 months. U.S. troops are to be withdrawn to 8,600 from about 13,000 in the weeks following Saturday's signing. Further drawdowns are to depend on the Taliban meeting certain counter-terrorism conditions, compliance that will be assessed by the United States.

The U.S. invaded Afghanistan after the Sept. 11, 2001 attacks to overthrow the Taliban, who had hosted Osama bin Laden and al-Qaeda as they planned and celebrated the assault. Some U.S. troops currently serving there had not yet been born when World Trade Center buildings collapsed in New York City on that day.

It only took a few months to topple the Taliban and send Osama bin Laden and top al-Qaeda militants scrambling across the border into Pakistan, but the war dragged on for years as the United States tried establish a stable, functioning state in one of the least developed countries in the world. The Taliban regrouped, and currently hold sway over half the country.

The U.S. spent more than $750 billion, and on all sides the war cost tens of thousands of lives lost, permanently scarred and indelibly interrupted. But the conflict was also frequently ignored by U.S. politicians and the American public.

U.S. Secretary of State Mike Pompeo arrived in the Qatari capital, Doha, on Saturday for the signing.

Dozens of Taliban members meanwhile held a small victory march in Qatar in which they waved the militant group's white flags, according to a video shared on Taliban websites. "Today is the day of victory, which has come with the help of Allah," said Abbas Stanikzai, one of the Taliban's lead negotiators, who joined the march.

'Road ahead will not be easy'

"This is a hopeful moment, but it is only the beginning. The road ahead will not be easy. Achieving lasting peace in Afghanistan will require patience and compromise among all parties," Esper said while standing next to Ghani and NATO Secretary-General Jens Stoltenberg at the presidential palace in Doha.

"If the Taliban uphold the agreement, the United States will begin a conditions-based, and I repeat conditions based, reduction in forces," Esper said.

He added if the Taliban did not live up to commitments, the United States would not hesitate to nullify the agreement.

Under the agreement, the Taliban promise not to let extremists use the country as a staging ground for attacking the U.S. or its allies. But U.S. officials are loath to trust the Taliban to fulfil their obligations.

The prospects for Afghanistan's future are uncertain. The agreement sets the stage for peace talks involving Afghan factions, which are likely to be complicated. Under the agreement, 5,000 Taliban are to be released from Afghan-run jails, but it's not known if the Afghan government will do that. There are also questions about whether Taliban fighters loyal to various warlords will be willing to disarm.