The Taliban has taken responsibility for a suicide bombing Thursday that killed five civilians, calling it retaliation for statements by Afghan President Ashraf Ghani blaming the Taliban for an attack against a maternity hospital in Kabul this week that killed 24 people, including two newborns. 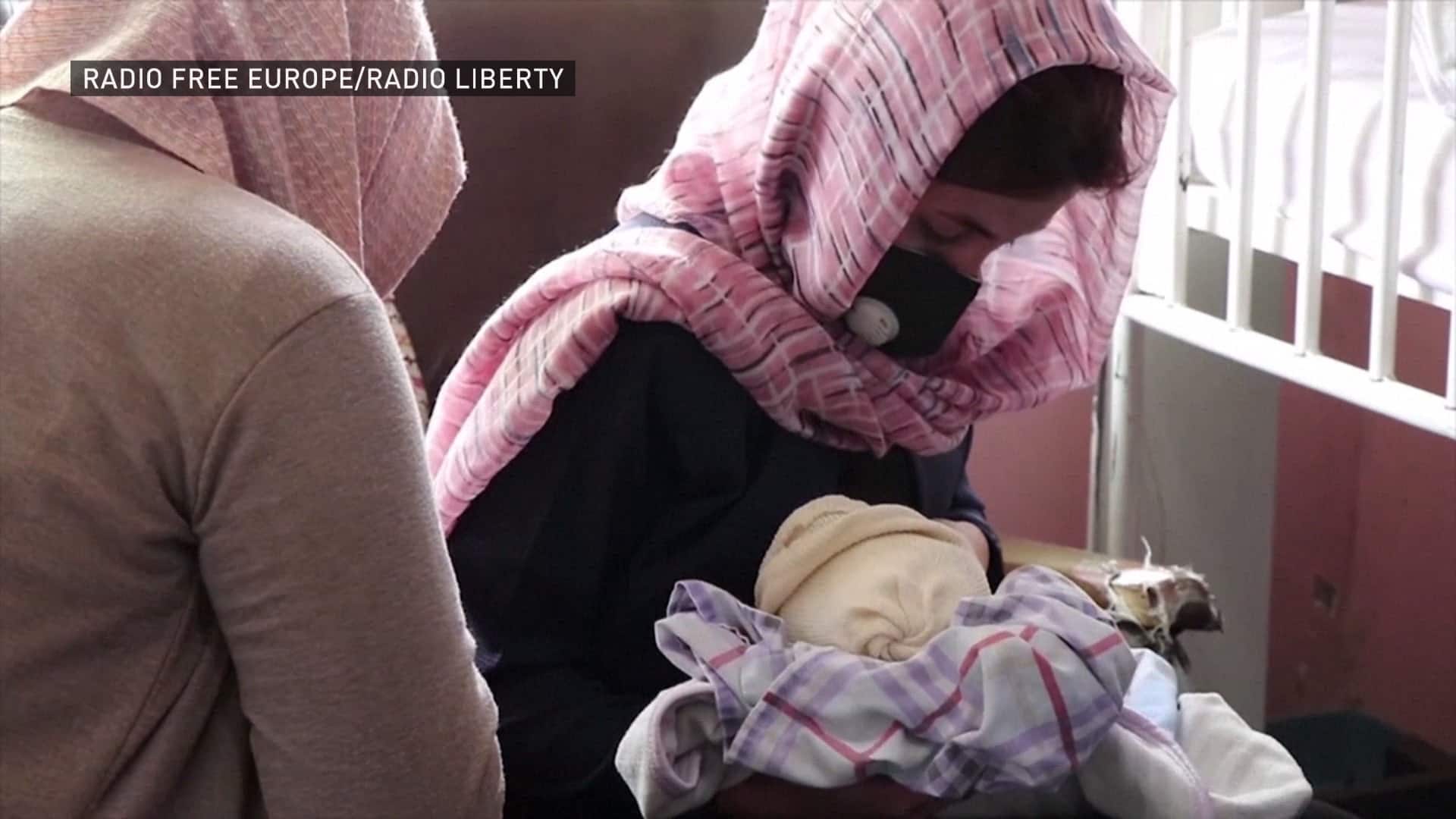 10 months ago
0:51
The children lost their mothers after gunmen attacked a maternity hospital in Kabul on Tuesday. 0:51

A suicide bombing in Afghanistan's eastern Paktia province on Thursday that looked to target a military compound but exploded before its destination killed five civilians and wounded at least 29 others, including civilians and military personnel, Afghan officials said.

The Taliban took responsibility for the bombing, calling it retaliation for statements by President Ashraf Ghani blaming the Taliban for an attack earlier this week against a maternity hospital in Kabul that killed 24 people, including two newborns as well as several mothers and nurses.

The Taliban was quick to deny responsibility and condemn that attack on Tuesday.

The U.S. special peace envoy, Zalmay Khalilzad, said Thursday that the U.S. had assessed that the Islamic State in Iraq and Syria (ISIS) affiliate operating in Afghanistan conducted the hospital attack.

"Rather than falling into the ISIS trap and delay peace or create obstacles, Afghans must come together to crush this menace and pursue a historic peace opportunity," he said on Twitter.

The Taliban and ISIS are rivals. Afghan and American officials say the ISIS affiliate in Afghanistan has been weakened in recent months as a result of U.S. bombing raids in the group's stronghold, as well as military operations by Afghan security forces and attacks by Taliban insurgents.

ISIS has not taken responsibility for the maternity ward attack but the hospital is located in the Shia-dominated Dasht-e-Barschi area of the Afghan capital, where ISIS has carried out several bloody attacks including one in 2018 that killed dozens of young students taking university entrance exams.

The ISIS affiliate declared war on Afghanistan's minority Shias several years ago. It did take responsibility for another bombing on Tuesday in the eastern Nangarhar province that targeted the funeral of a pro-government warlord that killed 32 people.

In his speech following Tuesday's dual attacks, Ghani did not mention ISIS but said he was ordering an all-out offensive against the Taliban.

Khalilzad brokered a peace agreement between the U.S. and the Taliban in February to allow U.S. and NATO troops to leave Afghanistan. It was seen at the time as Afghanistan's best chance at peace after decades of war but the government has since been consumed with political turmoil. Ghani and his rival Abdullah Abdullah have both declared themselves winners of last year's presidential polls and both declared themselves president of the country.

Meanwhile, Khalilzad has been pressing the Taliban to agree to a reduction in violence. Since the deal, they have continued attacking government security forces but since refrained from attacking U.S. or NATO troops, who often come to the aid of embattled Afghans. 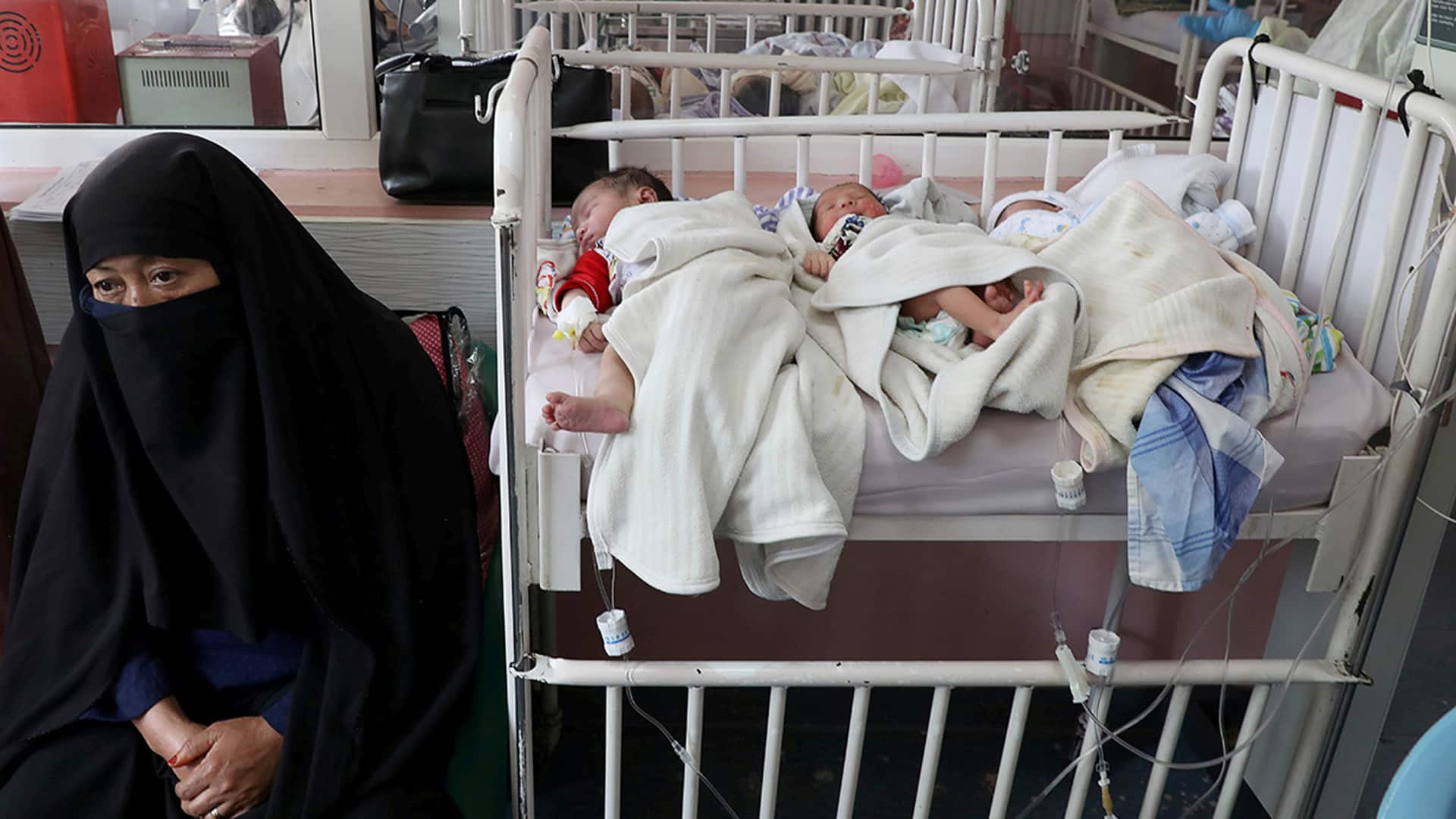 10 months ago
2:02
A horrific attack on a hospital maternity ward in Kabul that killed at least two dozen people has prompted outrage around the world, and decimated hopes for the peace process in Afghanistan.  2:02

The U.S. has been trying to get the Taliban and the Afghan government to start negotiations, which have been held up as both sides squabble over a promised release of each other's prisoners.

Last week, Khalilzad met with the Taliban at their political office in Qatar. He also travelled to Pakistan and neighbouring India seeking their support for the peace deal and a quick start to negotiations.

Khalilzad has not been to the Afghan capital since U.S. Secretary of State Mike Pompeo failed to break the political deadlock between Ghani and Abdullah during a surprise visit in March amid the coronavirus pandemic, which kept most airports closed.

Frustrated by the political infighting, Pompeo cut $1 billion US in aid to the Afghan administration.

The United Nations and the U.S. have said the pandemic gives added urgency to the effort to end the fighting and quickly start talks. Afghanistan has reported 5,639 positive COVID-19 cases and 136 deaths but the figures are believed to be much higher.