'We should be preparing ourselves for a marathon': Africa braces for the spread of COVID-19

The relatively few COVID-19 cases in Africa so far has perplexed governments and health care administrators. But now, as the virus pops up across the continent, there’s less looking back and more looking forward with alarm.

Africa is awakening to COVID-19, says Dr. John  Nkengasong, director of the Centres for Disease Control and Prevention in Addis Ababa, Ethiopia.

"This is our morning. China is seeing the sunset, Europe and other countries maybe the middle of the day", he says,  characterizing the timeline of the deadly virus.

With 1.2 billion people, Africa  is reporting more than 250 cases as of Sunday, though many more may be undetected.

Ethiopia and Kenya announced their first cases only last Friday. Both cases involve people coming or returning to Africa from abroad.

One is a Kenyan woman who had been in the U.S. and had travelled home to Nairobi via London. In Ethiopia, the first was a Japanese traveller. That's been the pattern so far — the virus imported. But health authorities are bracing themselves for transmission in the community.

"We know that there is no country in the world that has reported a case and that case has not expanded to other cases," Nkengasong says. "So I think that's where I see this is the morning for Africa and we should be preparing ourselves for a marathon." 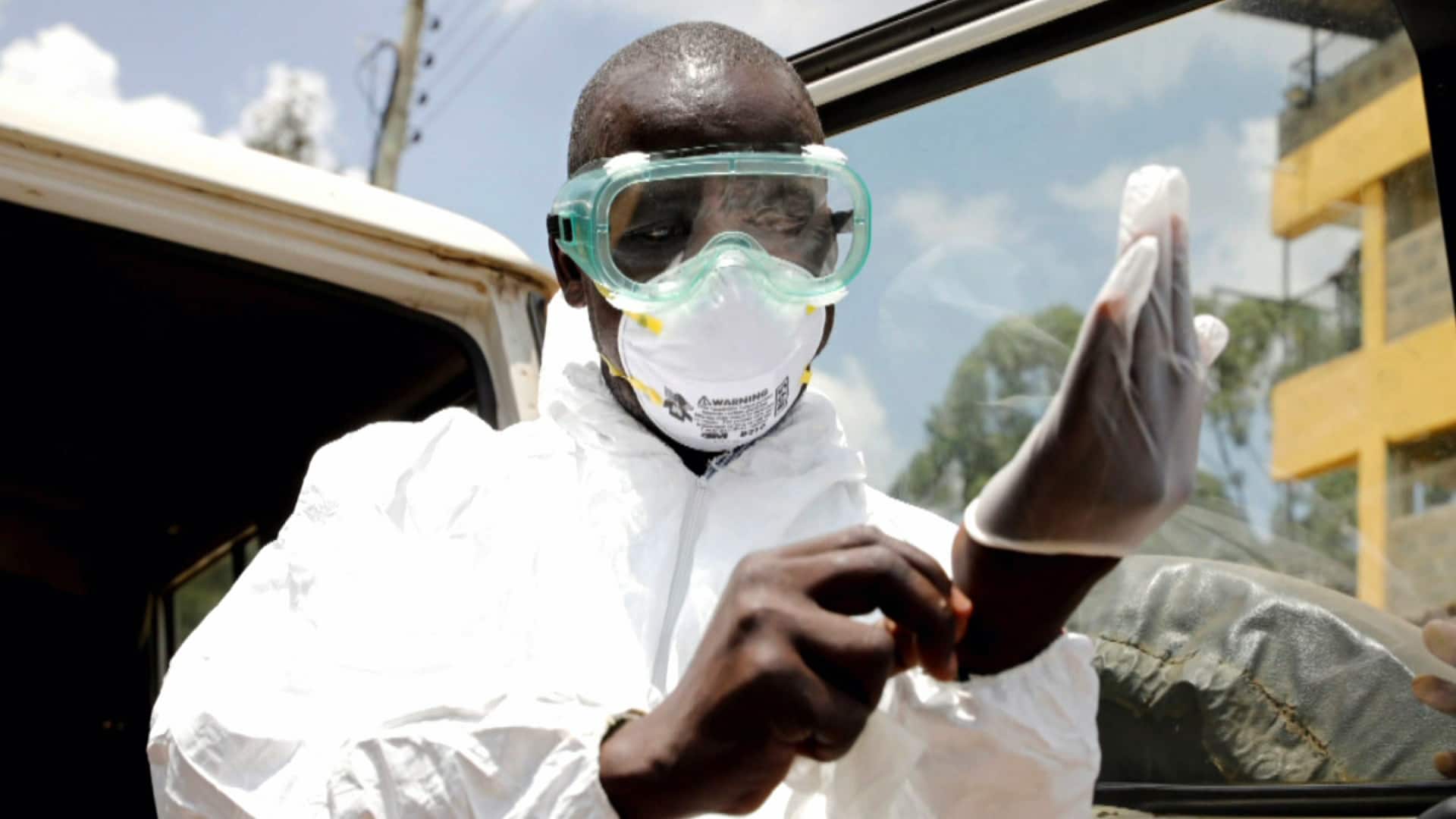 10 months agoVideo
2:16
Africa, late to feel the threat of coronavirus, is now bracing for it. The head of Africa's Centres for Disease Control is preparing for a 'long haul.' 2:16

Nkengasong is now at the centre of a growing storm, wrangling more than 40 countries on the continent to ramp up testing and containment, with few health resources and growing economic pressures.

A widely respected virologist, his  career specialty has been HIV aids, but appointed to lead the new African CDC three years ago,  he battled through the Ebola crisis, which has now killed over 13,000 people.

Some west African countries are more familiar with epidemics, their transmission and containment as a result of Ebola, but the 'lessons learned', have been more on paper than in practice, he says.

"We documented what should have been done. But did we implement what we found out that should be done, the answer is no, we didn't."

"We've taken health security, we've  given it the appropriate attention and commitment that it deserves. [But] we've spoken more about it than we've actually done anything with it."

'The race to prepare is on'

Almost overnight last Friday, news coverage in Ethiopia started to focus on coronavirus, as, one by one, African countries confirmed it had arrived.

Already, masks can't be found in shops. Those who can afford them will buy them on the black market at vastly inflated prices.

Much of Africa has substandard health care. There are few hospital beds for acute respiratory illness. Even basic sanitation is absent in some of the rural areas.

The relatively low number of COVID-19 cases so far has perplexed governments and health care administrators. But now the virus is popping up across the continent, so there's less looking back and more looking forward with alarm.

"So far, Africa has recorded relatively few infections, but there is no reason to believe this won't change, the race to prepare is on," Arkebe Oqubay, a senior minister and special adviser to the prime minister of Ethiopia, told a business journal last week.

Economic consequences could be 'catastrophic'

The stress on already fragile economies in many African countries, could be "catastrophic," he says, predicting that sinking oil prices will affect Africa's oil producing countries.

"If airlines don't fly, we don't export our produce to outside of Africa. That weakens the ability to generate domestic income, and  to finance their [health] response," Dr. Nkengasong says. "So my projection is very troubling for the continent."

Ethiopia is screening travellers arriving by air and setting up isolation and treatment centres in the capital, Addis Ababa.

Africa's largest air carrier, Ethiopian Airlines, is experiencing at least a 25 per cent reduction in passengers during the outbreak. That will likely worsen, says CEO Tewolde Gebremariam.

A marathon, not a sprint

The company has been criticized by other African government leaders for continuing more than two dozen flights a week to China.

Gebremaraim says the threat now is far more from Europe than China, and that his company is following WHO guidelines.

"The World Health Organization repeatedly advises people all over the world that the travel ban is not the answer," he said in an interview with CBC News. 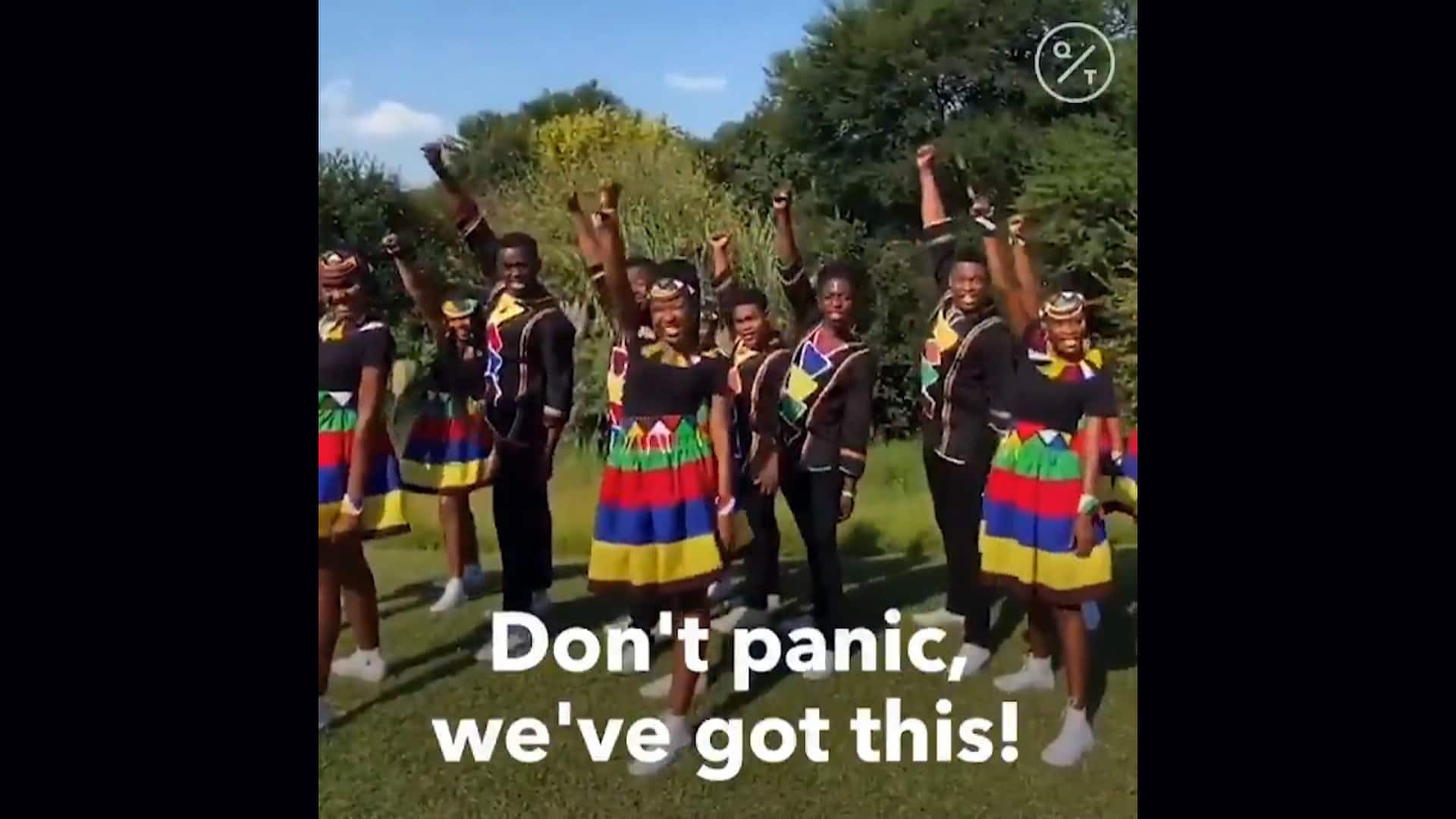 10 months agoVideo
0:59
A South African youth choir turns coronavirus education into a catchy song in two languages to counter misinformation and rumours about the virus. 0:59

Testing, slow to start, is now accelerating. But countries in Africa have little capacity to contain and track people infected.

Health officials are rushing out public information campaigns on the facts of COVID-19, aware that traditional healers still curry influence and rumours and misinformation spread fast.

CDC Director Nkengasong is indeed preparing for a marathon, not a sprint.

Coronavirus is not the only threat in this "generation of new viruses," he says.

About 30 new viruses have emerged in the human population in the last 30 years. And with Africans and others moving from remote areas to big, congested cities, there will be more.

He is urging for more collaboration and co-operation between countries — and not just in Africa.

"There are over 200 viruses out there in nature waiting to penetrate the human population. All we need to do is to offer them that opportunity," he says.

"My message to Canada would be that we are in one planet. What affects Africa will affect Canada."