The United Nations is grateful for Canada's announced contribution to peacekeeping operations but the hard part — the where, how and when — has yet to be negotiated, leaving some concerned about the details.

The United Nations is grateful for Canada's announced contribution to peacekeeping operations but the hard part — the where, how and when — has yet to be negotiated, leaving some concerned about the details.

''There are plenty of elements within what the prime minister announced that I think are going to be very useful,'' said one UN official who spoke to CBC News on condition of anonymity. ''In terms of where individual units and personnel will deploy, that's always been the most difficult part of the discussion.''

The package put forward by Ottawa includes specialized equipment and training, as well as a rapid response force of up to 200 soldiers with tactical equipment that could respond to threats against UN operations.

Prime Minister Justin Trudeau made the announcement Wednesday at an international peacekeeping summit in Vancouver attended by defence ministers from around the world.

''It has been difficult to get to this point and obviously we are all keen to get a meaningful contribution from Canada as soon as we can,'' said another UN official who has been privy to the discussions since Ottawa pledged up to 600 Canadian Armed Forces personnel and 150 police officers more than a year ago.  ''We waited, and waited and waited.''

''The capabilities that Canada has would be fantastic in peacekeeping,'' said the official. ''If we can get a high-end capability without too many caveats, of course we would welcome it.'' 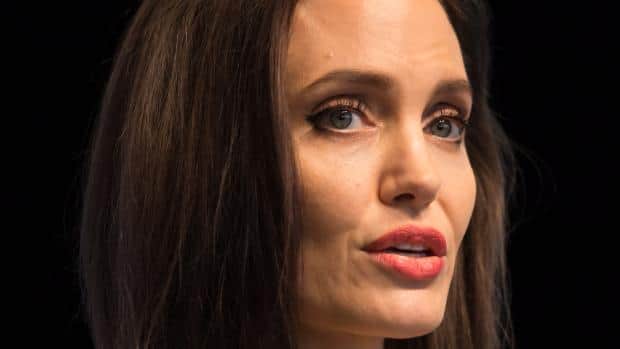 Angelina Jolie urges peacekeepers to crack down on sexual violence

Canada says discussions with the UN will begin immediately and could last for months. It's all part of what the UN's Oliver Ulich calls the ''complicated global puzzle'' of peacekeeping. Ulich is chair of strategic force generation at the Department of Peacekeeping Operations (DPKO). His team is responsible for matching contributions with gaps in the field.

''The air assets that could potentially be provided would be extremely important,'' says Ulich. ''We have a severe shortage of helicopters in some of our missions.''

Canada is offering an aviation task force of Chinook and Griffon helicopters. The Griffon can be configured as an attack helicopter if required.

The UN's mission in Mali is desperately short of helicopters at its bases in the northern city of Kidal, which has been repeatedly attacked, and in Timbuktu. DPKO and allies such as France have been openly pushing for Canada, with its expertise and its francophone soldiers, to contribute to the mission. Many hope that option is still on the table.

As first reported by CBC News, Canada is also offering a C-130 Hercules to the UN's logistics base in Entebbe, Uganda which could be used to transport equipment and personnel on missions in South Sudan, Democratic Republic of the Congo, and possibly Somalia.

Canada says is it is applying an "innovative" approach to a stagnating UN goal to increase the number of women in peacekeeping. It includes a $6 million UN contribution towards improving the suitability of mission conditions.

Before the announcement was made, Nahla Valji, senior gender adviser to the UN secretary general, said improving conditions in mission settings is key to supporting the deployment of more women, ''like having toilet units within your container. Having adequate lighting in the camp.

''Creating conditions that are conducive to safety, that are gender-sensitive, that consider women's needs in being deployed.''

Trudeau also announced a five-year pilot fund worth $15-million which would be used to "recruit, train and promote" female military and police personnel. Ottawa hopes other countries will emulate this idea.

Almost two decades after the UN Security Council first adopted a resolution aimed at increasing women in peace operations, the numbers have barely changed, leading to the resurrection of the idea of financial incentives.

It was first floated in 2015 as part of a UN review of peace operations commissioned by the secretary general and in a mammoth study on women, peace and security requested by the Security Council. That same year council members unanimously adopted a resolution to "incentivize greater numbers of women."

Women peacekeepers ''improve the mission's image, accessibility and credibility vis-a-vis the local population,'' said the UN study. They are seen as less threatening, and their community outreach capability increases a mission's capacity for intelligence gathering.

''It also bears noting that not a single female peacekeeper has ever been accused of sexual exploitation and abuse on mission'' the study said. For years the UN has been grappling with accusations of child rape and other abuses by its blue helmets.

Valji is in favour of the funding mechanism. ''We're looking at premiums and incentives for deploying faster and deploying to dangerous areas,'' she said. Valji says gender-balance premiums should also be considered.

Pablo Castillo Diaz, a policy expert at UN Women, is credited with coming up with the idea of using money to nudge countries. ''Why not use financial incentives?'' says Castillo Diaz. ''This is one of the most successful policy tools in any area of work.''

But some sources within DPKO believe it's either unnecessary or ''too soon'' to introduce such financial incentives.

In July the department announced a pilot program offering deployment periods of six months instead of a year for women with young children, and it introduced a new quota-reward system for countries that put forward women for certain peacekeeping posts. One UN official says those initiatives should be allowed to come to "fruition" before money comes into play.

About 3,560 female military personnel work in the 15 peacekeeping operations around the world, about three per cent of the total military deployment. For women police officers the figure is 10 per cent, but it has not changed since 2010.

According to the latest DPKO figures, only 18 countries have reached the target of 15 per cent deployment of female military experts adopted at last year's  peacekeeping ministerial conference in London. Forty countries don't send any women, and about 50 countries send female police officers but not military personnel.

Melissa Kent is a producer with CBC News covering the United Nations from its headquarters in New York City. @KentUNCBC