Marco Rubio may have exposed a glitch in the Matrix, during Saturday's Republican candidates debate in Manchester, N.H.

The U.S. Republican senator and presidential hopeful has been riding high since his strong third-place finish in the Iowa caucuses, prompting his campaign to coin the term "Marcomentum."

But since last night's debate ahead of the New Hampshire primary, a new term has been coined: "Marcobot."

It may have been all the pressure on the young Florida senator, or it may have been the heat (he was looking pretty sweaty), but either way, Rubio started repeating a practiced attack on U.S. President Barack Obama over, and over again. 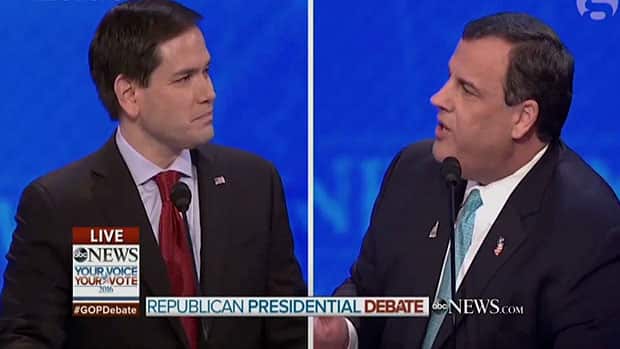 "Thoughts &amp; prayers w/ Marco Rubio's programmers that they can fix the glitch in his data base before it overheats from repetition."<br>-Micha…

I'm hearing that Rubio's CD-ROM drive was jammed; kept opening and closing repeatedly when they tried to change disks

Some compared his peculiar antics to the cult classic "The Stepford Wives."

He got plenty of Matrix comparisons as well.

As I was saying, this notion Obama doesn't know what he's doing is pure fiction. He knows exactly what he is doing.

Powerful and moving. <a href="https://t.co/jwKibFZR37">pic.twitter.com/jwKibFZR37</a>

My closing statement:<br><br>Citizens, this notion that Barack Obama doesn't know what he's doing is fiction.<br><br>He knows exactly what he's doing.

His odd behaviour is even drawing comparisons with another famous election-time gaffe.

Will the Marco Rubio Glitch turn out to be this election's 'binders full of women'?! ... Stay tuned! ... or I dunno, go read a novel.

And robo-Rubio wasn't even the most awkward part of the night. 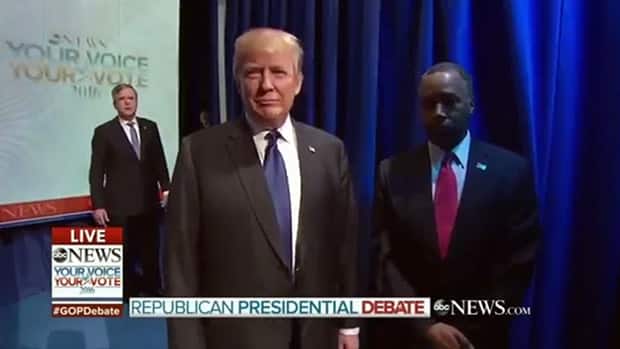 5 years ago
3:31
Getting candidates on stage for the latest Republican presidential primary debate got complicated when Ben Carson missed his cue, CBC's Natasha Fatah reports 3:31