An Ontario mom's struggle to get her two-year-old daughter and baby triplets dressed for bed has now been seen by millions around the world. 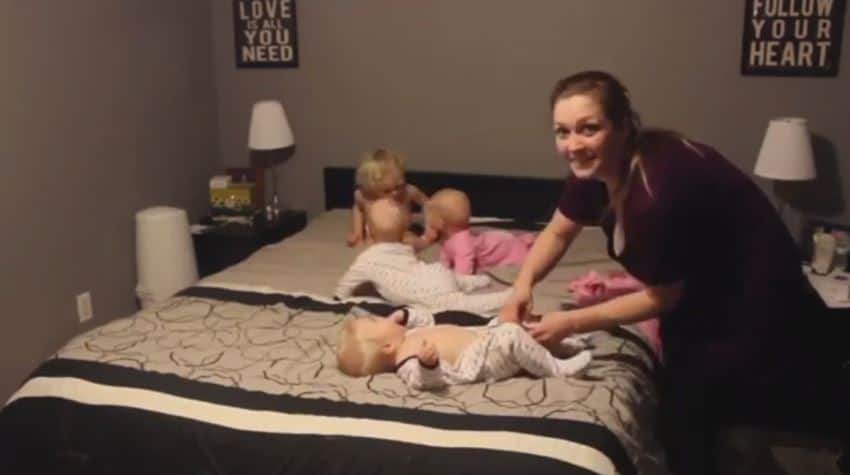 5 years ago
2:13
Video of bedtime routine with triplets and toddler goes viral 2:13

An Ontario mom's struggle to get her two-year-old daughter and baby triplets dressed for bed has been seen by millions around the world.

Dan Gibson of Cambridge, Ont., took the time-lapse video of mom Corrie trying to dress all four squirming kids. It now has more than 46 million views on their Facebook page, The Baby Gang.

Dan says that normally both parents get the job done, but they thought taking a movie of Corrie doing it alone would be fun.

The process of wrangling all the kids and getting them into their sleepers took about six minutes, but the time-lapsed version runs about two minutes long.

Dan said the response to the video has been "phenomenal," with many parents responding in the comments about how much of a handful their children can be, whether they have five or just one.

Dan said a sequel to the viral video is already in the works — only this time he would take on the challenge.