A deeper dive into the day's most notable stories with The National's Jonathon Gatehouse.

A deeper dive into the day's most notable stories

Welcome to The National Today, which takes a closer look at what's happening around some of the day's most notable stories. Sign up here and it will be delivered directly to your inbox Monday to Friday.

Rohingya refugees in Bangladesh are set to start returning to Myanmar next week, but the UN and human rights groups have worries about the repatriation plan.

Some 750,000 members of the Muslim minority fled Myanmar's northern Rakhine State after anti-government violence broke out last summer, and the military and affiliated militias responded with shootings, beatings and arsons in a campaign of ethnic cleansing.

The deal that will see them return from crowded camps just inside Bangladesh's border was struck in early December, without the involvement of the United Nations.

Yesterday, Secretary-General Antonio Guterres told reporters that it's "essential" the UNHCR be allowed to help "to guarantee that the operation abides by international standards."

"There is a lot of reconstruction to be done, and a huge effort of reconciliation is needed to allow it to take place properly," Guterres said.

Amnesty International is even more downcast about the on-the-fly announcement in Myanmar state media, calling the immediate returns a "terrifying prospect."

"With memories of rape, killing and torture still fresh in the minds of Rohingya refugees, plans for their return to Myanmar are alarmingly premature," the organization's regional director for Southeast Asia and the Pacific, James Gomez, said in a statement.

"The timeframe announced today was made without any consultation with the Rohingya themselves, and offers no assurances that people will be able to return voluntarily."

According to Myanmar's government, the initial returnees will be processed at two intake centres, then moved to temporary accommodations while their homes are "expeditiously" rebuilt. The planned transition camp in Rahkine's Maungdaw township will have 625 buildings and be built for 30,000 people.

There are already a number of such camps for "internally displaced" Rohingya within Myanmar. At the beginning of this month, UNICEF spokesperson Marixie Mercado decried their "appalling conditions" after a visit. The 60,000 children who live in the camps receive no treatment for their health problems, including acute malnutrition, she told reporters.

And there are real questions about what waits in store for the refugees.

The Daily Star newspaper reports that Myanmar's military has already sent Bangladeshi authorities a list of 1,300 names of people inside the camps it claims are members of the Arakan Rohingya Salvation Army, an armed militant group.

Reuters says police in Rakhine shot seven people dead and wounded 12 others following a demonstration yesterday. A government official says a local gathering marking the end of an ancient Buddhist kingdom turned violent, with some 4,000 people surrounding a government building. Organizers did not seek police approval for the gathering, he added.

In case you've forgotten, today is supposed to be the day that Donald Trump hands out his (all caps, all the time) "MOST DISHONEST & CORRUPT MEDIA AWARDS OF THE YEAR."

The extravaganza, originally scheduled for Jan. 9, was pushed back — via presidential tweet  — because "the interest in, and importance of, these awards is far greater than anyone could have anticipated!"

It's still unclear what the TMDACMAOTY categories are, which accounting firm will be tabulating the votes, or whether the president intends to actually hand out commemorative knickknacks. (The merchandise section of his official website offers a number intriguing possibilities, including an "I love waking up and remembering that Donald Trump is president" coffee mug, and a Trump-Pence dog collar.)

The U.S. president seems to believe that this exercise will shame his many vocal critics.

The early reaction suggests that it has already become just one more thing to mock.

The Late Show's Stephen Colbert created a For Your Consideration campaign for "The Fakies," buying a billboard in Times Square.

Trevor Noah and The Daily Show purchased full-page newspaper ads to pump their chances, complete with a quote from one of Trump's most notable celebrity supporters —Joanie Loves Chachi star Scott Baio.

The Daily Show is running a full page Oscar-style “For Your Consideration” ad in the New York Times today, aimed at winning President Trump’s upcoming dishonest media awards... <a href="https://t.co/iVO8avtPlE">pic.twitter.com/iVO8avtPlE</a>

But Trump has taken little, if any, notice.

This past week, he attacked Rupert Murdoch's Wall Street Journal —  a paper that continues to strongly back him on its editorial pages — for peddling "fake news," accusing its reporters of "intentionally" misquoting him.

And a day rarely goes by when he doesn't trot out his now-favourite label for unfavourable reports. This database of Trump's tweets, speeches and television appearances counts 320 uses of "fake news" in 2017, and 17 more over the first two weeks of January.

Fact-checking websites show that the Republican leader makes more than his share of mistakes, misstatements, and the occasional all-out whopper.

Although that hardly seems to matter. The Collins English Dictionary named "Fake News" its (sic) Word of the Year. And Trump's success in making the label stick has inspired other politicians to follow.

Venezuelan President Nicolas Maduro counted 3,880 "negative news reports" about his country in the foreign press in 2017. On Jan. 5 he handed out his own awards, declaring Bloomberg winner of the "worst offender" category, followed by the Miami Herald and Washington Post. (Reuters and The Associated Press also made the strongman's Hall of Shame.)

Maduro blames the U.S. president for all the bad coverage, and the accompanying economic sanctions. "I have limited patience with the imperialist government of Donald Trump," Maduro recently wrote on his twitter account.

Meanwhile in the Philippines, President Rodrigo Duterte has dispensed with the ceremony and adopted more of a morning-after-the-after-party vibe. This week the news website Rappler, one of his most persistent critics, had its government registration revoked.

"You are a fake news outlet and I am not surprised your articles are also fake," Duterte told one of Rappler's reporters during a testy scrum at the Presidential Palace. "Your articles are rife with innuendos and pregnant with falsity."

The TMDACMAOTY awards may not provide that sort of TV-ready drama. They aren't even on the president's official schedule today.

Although Arizona Republican Sen. Jeff Flake, a Trump critic, hasn't forgotten. He gave a speech in the Senate today comparing the president to Soviet dictator Joseph Stalin, saying that truth was "battered and abused" in 2017 "at the hands of the most powerful figure in our government.

But they are a story that promises to keep on giving. If White House staff members turn out to have been involved in their preparation, it's likely that a formal ethics complaint will follow, on the basis of federal rules that prohibit executive branch employees from using their office to endorse "any product, service or enterprise."

Even one that is completely made up.

It is the kind of mix-up that would haunt you forever.

In late December, a bereaved Nova Scotia family arrived at their local funeral home in the Annapolis Valley for the visitation and service for Sandra Bennett, a 65-year-old who had died just days before Christmas following a lengthy illness.

It was her widower Gary who first noticed that the body in the open casket wasn't his wife.

The embarrassed funeral directors wheeled out another casket with a corpse dressed in Bennett's clothes, but it still wasn't her.

Finally, they had to admit they had mistakenly cremated her.

Apologies have been made, and a complaint registered with the province's Board of Registration of Embalmers and Funeral Directors, but the horror story lingers for the family.

And a quick internet search reveals that it's an all-too-common problem.

A Chattanooga, Tenn., funeral home put the wrong body out for a November visitation. The corpse was dressed in Benjamin Brown Jr.'s clothes, but a nephew was easily able to ascertain that it wasn't his double-amputee uncle.

"So, everybody around was like, 'That's your uncle, that's your uncle, it's just the makeup,' and I'm just saying I know my uncle and this is not my uncle," Willie Brown told a local television station.

Last July, it was a funeral home in Port Talbot, Wales, that mixed up the bodies of two elderly men. One was mistakenly cremated and the other buried after someone affixed the wrong nameplates to their coffins. (The family of the second man had to apply for an exhumation order.)

In May, morticians in Flint, Mich., put the wrong body on display for Alice Dunn's visitation, dressing her in the deceased clothes and wig. They then denied that they had a made a mistake when the grieving family complained.

There was a similar error in Harlem, N.Y., in March 2016, when it took a 10-year-old boy to point out the obvious — the women in the open casket wasn't his grandma.

The errors trail back for years, even in places where one would assume identification was a priority. In 2011, the U.S. Office of Special Counsel launched an investigation in the mortuary at Dover Air Force Base in Delaware, the primary handlers of America's war dead. It found "gross mismanagement" and documented multiple instances of problems with the handling of human remains.

And it's not like there aren't obvious solutions. This Lake Elmo, MN-based company markets a Universal Identification System for corpses — basically a numbered bracelet that is attached to the deceased's ankle and can't be loosened or removed. The firm promises that the "high quality corinthium metal alloy" will withstand temperatures "within normal crematory operating conditions."

However horrible such mistakes are for the families, they are often treated as administrative shortcomings.

In Canada, where the funeral trade is provincially regulated, it's up to groups like the Nova Scotia association, Manitoba Funeral Board, or the Bereavement Authority of Ontario to handle consumer complaints, mediate a solution and discipline their members via fines, suspensions, or licence revocation.

The Ontario authority handed down its ultimate punishment to a Waterloo funeral director in November – but over allegations of financial misconduct, rather than ineptitude.

"I want to confront this challenge for our society and for all of us to take action to address the loneliness endured by the elderly, by carers, by those who have lost loved ones — people who have no one to talk to or share their thoughts and experiences with."

- Tracey Crouch, appointed today as the U.K.'s first-ever minister for loneliness. The junior cabinet position was one of the main recommendations stemming from a 2017 report commissioned in memory of Jo Cox, the Labour MP who was murdered by a Neo-Nazi.

The late American author holds forth on the "philosophy of hip," a "kind of existentialism" that exiles the cool to the "no man's land of the present." All while bonafide "square" host Nathan Cohen smokes and listens. 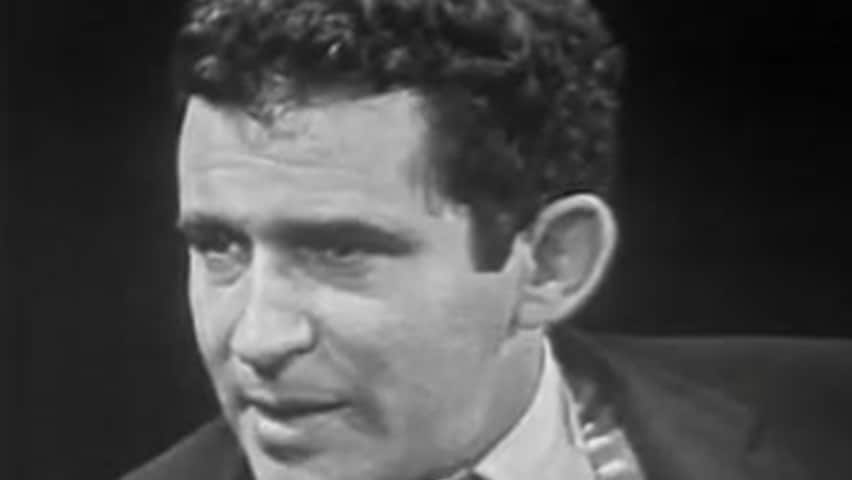 2 years ago
28:00
Author Norman Mailer explains the philosophy of the hipster. 28:00

Sign up here and have The National Today delivered directly to your inbox Monday to Friday.