Air accident investigators are zeroing in on the cause of a horrific in-flight accident in the skies over Pennsylvania yesterday that saw a woman die after she was partially sucked out of a shattered window.

The U.S. National Transportation Safety Board says a fan blade inside one of the Boeing 737's engines appears to have separated, possibly due to metal fatigue, blowing apart the cowling and piercing the fuselage with debris.

The Southwest Airlines flight from New York to Dallas, with 149 people aboard, was forced to make a steep dive after the plane suddenly depressurized. Flying on one engine, the pilot made an emergency landing in Philadelphia.

In addition to the fatality — identified as Jennifer Riordan, a Wells Fargo bank executive and mother of two from Albuquerque, N.M. — seven passengers were injured.

The full investigation into the accident is expected to last more than a year, but Southwest said it will perform ultrasonic safety inspections on all its other CFM56-type engines over the coming month.

In the summer of 2016, a Southwest flight was forced to make an emergency landing in Florida after an engine blade separation ripped a foot-long hole in its wing. Earlier this month, European aviation authorities ordered non-urgent checks of all CFM56 engines for metal fatigue in response to that 2016 incident.

Regardless of where the investigation into Tuesday's accident ultimately leads, it is likely to put more focus on Southwest's safety record.

Southwest is the world's largest operator of 737s, with its 700-plus fleet entirely comprised of the workhorse plane.

There have been persistent concerns about how the discount carrier maintains them. The Federal Aviation Administration has levied multimillion-dollar fines against the airline on three occasions since 2009, with a total of $17.5 million in safety penalties imposed since 2000.

The largest, $7.5 million, pertained to the improper replacement of 44 aircraft skins between 2006 and 2009. In December 2015, Southwest settled an associated civil lawsuit brought by the FAA for an additional $2.8 million.

In August 2015, the FAA imposed a $325,000 fine on Southwest after an inspector discovered that a temporary repair on a nine-inch crease in a 737 fuselage had been billed as a permanent fix for close to 13 years.

In April 2011, one of the airline's 737s en route from Phoenix to Sacramento was forced to make an emergency landing after a five-foot hole opened in its roof while it was cruising at an altitude of 34,000 feet. No one was seriously injured. The airline had repaired 21 cracks in the plane's fuselage just a few months before. The NTSB ultimately determined that the fault for the metal fatigue lay with the manufacturer, not the airline.

For example, airlineratings.com gives Southwest only four out of seven possible stars — the lowest rating of any American carrier — on the basis of past fatalities and a failure to complete a special international safety audit.

A ranking from the Jet Airliner Crash Data Evaluation Centre, based more on incidents per kilometres flown, ranks Southwest 15th among the world's 60 largest airlines — second only to Delta among American carriers.

Southwest, which operates only within the continental United States, recently announced plans to start service to Hawaii. But there have been issues surrounding its attempts to have its 737s certified for longer flights over open water.

The union representing airline mechanics has complained about Southwest's plans to contract out some Hawaii-based servicing, raising the point that the airline already employs fewer mechanics than any of its competitors — 3.3 per plane, the lowest ratio in the industry. (United has 11.2 per aircraft, while American has 7.5.)

Southwest obtained its landing permit for Honolulu International Airport in late March, but there has been no word of when the Hawaii service is set to start.

Recep Tayyip Erdogan is betting that his stranglehold on power can get even tighter.

The Turkish president today announced a snap election for June 24, more than a year ahead of schedule, saying his country "urgently" needs to transition from a parliamentary system to an executive one.

"Even though the president and government are working in unison, the diseases of the old system confront us at every step we take," the 64-year-old said in a nationally televised address.

"With the cross-border operations we maintain in Syria, and also historical events happening in the area centered around Syria and Iraq, it became a must for Turkey to climb over the uncertainty as soon as possible."

The move is an attempt at early access to broad new presidential powers that Turkish voters endorsed in a referendum last year. A total of 18 amendments have been made to the constitution, including the abolition of the office of the prime minister.

Erdogan has ruled Turkey since 2003, first as PM, and since 2014, as the country's first-ever president.

A failed attempt to remove him from power by the military in 2016 has been followed by the mass firings of tens of thousands of judges, academics and police. Erdogan's political opponents have been jailed as well, although he has been unable to put his hands on the man whom he holds responsible for the coup — Fethullah Gulen, an Islamic cleric who lives in exile in the United States.

Armenia, Turkey's eastern neighbour, is in the midst of completing the opposite switch, from a presidential system to a parliamentary one. But it is proving no less controversial among opposition parties.

Yesterday, the Armenian parliament voted to appoint Serzh Sargsyan, the country's long-time president, as the new prime minister. The 63-year-old had stepped down from his job a week ago, in an attempt to do an end run around term limits set out in the country's constitution.

He insists that the new job — which entails running the country, just like his old one — does not constitute a third, consecutive term.

Many voters appear to disagree.

Tens of thousands marched through the streets of Yerevan yesterday and again today, chanting "Take a step. Reject Serzh."

Formula 1 race drivers will have a new piece of safety equipment next season — biometric gloves.

The sensor-filled mitts will monitor and transmit the driver's pulse rate, body temperature and blood-oxygen levels.

The information will help teams track stress and performance. But the real selling point is up-to-the-second data in the event of a crash.

"We know that the monitoring of people is essential in terms of their medical care," Dr. Ian Roberts, the medical-rescue director of the Federation Internationale de l'Automobile, the sport's governing body, told a house magazine. "Drivers in incidents are no different. We would like to start monitoring and assessing them as soon as we possibly can."

The technology will be of particular use in accidents like Carlos Sainz Jr.'s 320 km/h crash during practice at the 2015 Russian Grand Prix, where the Spanish driver ended up trapped underneath a protective barrier. (He escaped serious injury.)

Biometric monitoring has been making inroads into all sorts of sports in recent years. Major League Baseball teams have been tracking the stress on pitchers' arms via a special sleeve since 2016. And fitness band maker Whoop struck a licensing deal with the NFL Players Association last spring.

Privacy concerns have so far limited how leagues are using heart rate and other health information, but this winter, NHL Commissioner Gary Bettman expressed his hope that fans at home will soon be able to track every aspect of player performance. (Don Fehr, the executive director of the NHLPA, worries that teams will use the data in contract negotiations.)

The advance of biometrics into everyday life is probably unstoppable, however. The thumbprints and facial recognition scans that tens of millions now use to unlock their phones and apps will soon be expanded to websites, taking the place of easily hacked, stolen, or simply forgotten, passwords. Last week, Microsoft, Google and Mozilla agreed upon a new authentication standard for developers.

Although, not every aspect of the technology seems so advantageous to average joes. One of the big rollouts at a major biometrics conference in Las Vegas this week was an iris-scanning time clock that can identify the comings and goings of employees from up to 15 feet away. Not only does it bypass the dirt and grease that can clog handprint readers, it also frees employers from the scourge of workers "buddy punching" for absent colleagues.

On Monday, a federal court judge in San Francisco delivered a ruling that could allow millions of Facebook users to join a class action that seeks compensation for the unauthorized use of facial scanning technology on their photo posts, in violation of an Illinois state privacy law.

Perhaps not coincidentally, Facebook has just started asking users in Canada and Europe whether they want to allow the program to access their photos.

The software in question is called DeepFace.

- Suthakaran Thanigasalam, a cousin of Kirushna Kumar Kanagaratnam, tells the CBC that family in Sri Lanka had been frantic since he suddenly stopped calling home in late 2015. The week, Toronto Police identified the 37-year-old as the eighth alleged victim of Bruce McArthur.

Come, take a tour of Canada's "first head shop," the dreadfully named Gandalf's in Yorkville. "The operation appears to be perfectly legal," harumpfs suit-and-tie wearing reporter Larry Bondy, "but it makes no secret that it caters to the needs of the hippies." You can almost hear the murmurs of consternation in Toronto's Mimico neighbourhood. 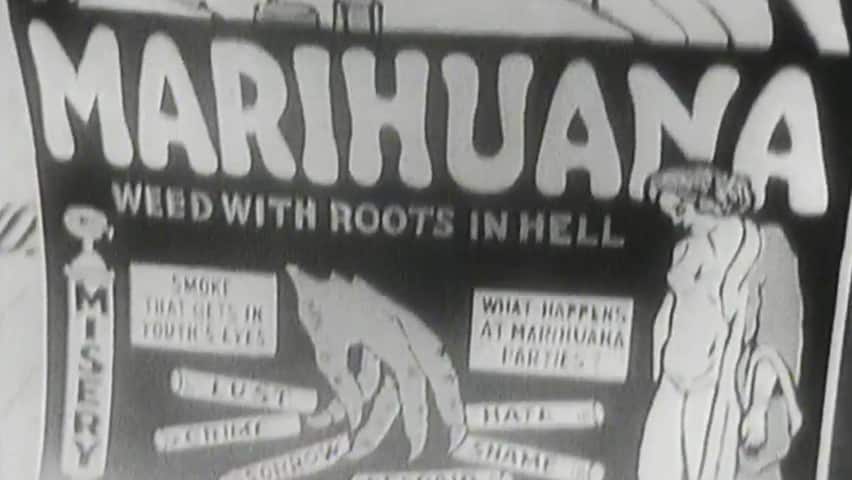