A deeper dive into the day's most notable stories with The National's Jonathon Gatehouse.

A deeper dive into the day's most notable stories

Welcome to The National Today, which takes a closer look at what's happening around some of the day's most notable stories. Sign up here and it will be delivered directly to your inbox Monday to Friday.

The Ecuadorian government sounds like it has finally had enough of Julian Assange.

For five years now, the WikiLeaks founder has been holed up in the country's U.K. embassy in London.

At first, he was seeking to evade arrest following allegations of rape in Sweden. More recently, Assange has cited fears that he might be extradited to the United States because of his website's spilling of government secrets.

Speaking to reporters in Quito yesterday, Ecuador's Foreign Minister Maria Fernanda Espinosa said her country is looking for a third nation, or person, to mediate a settlement with the British government and bring an end to an "untenable" situation.

The embassy is located in tony Knightsbridge — right behind Harrods department store — but is tiny and was not built for long-term guests. There is no garden or outdoor patio, and Assange has been living and working in one of its four ground floor rooms.

And relations with his hosts have become strained. They took away his internet privileges for a while in 2016, after WikiLeaks released internal Democratic Party emails that had been stolen by Russian hackers.

And just last month, Ecuador's President Lenin Moreno told a Spanish newspaper that Assange had been told to stop tweeting in support of Catalonian independence.

The 46-year-old Australian was something of a pro-transparency folk hero when he first sought refuge in 2012. Over the years he welcomed a parade of celebrities to the embassy, including Pamela Anderson and Lady Gaga (she was across the road promoting her perfume Fame and popped over to film a brief and disjointed interview.)

But as the years have gone by, many of his early supporters have come to suspect that Assange has chosen sides. In November, The Atlantic published a batch of secret messages exchanged between WikiLeaks and Donald Trump Jr.

And Assange's website continues to make document dumps that seem calculated to win the U.S. president's favour, like this week's sharing of a free and unauthorized PDF of Michael Wolff's Fire and Fury, potentially undermining sales of the critical book.

​It's unclear whether Assange still has reason to be concerned for his liberty. The Swedes discontinued their investigation into the allegations of rape last spring.

And President Obama pardoned one of his main sources, Chelsea Manning, shortly before leaving office. (Assange had set Manning's freedom as a prerequisite for him leaving his bolthole, but he didn't budge following her release from military prison in May.)

For their part, the Brits seem to have given up a while ago, ending their round-the-clock surveillance of the embassy in October 2015 after it was revealed that the watch had cost almost $19 million in police wages.

Assange still acts like a hunted man, keeping up a steady stream of social media messages about a mysterious burglary at the offices of his Madrid lawyer, and the brief deactivation of his Twitter account over Christmas.

Proof, perhaps, of a dark conspiracy. Or simply a man who has spent too much time alone in his room.

Rosemary Barton has a feature interview with Michael Wolff, author of the controversial tell-all Trump book Fire and Fury, on The National tonight.

The full interview airs on CBC Television's The National at 10 p.m., and will be streamed at CBCNews.ca.

After the fire comes the flood.

Or in the case of California, the mud.

The torrents of dirt and debris that swept down barren slopes in Santa Barbara County yesterday killed at least 15 people — a toll that's expected to rise as searchers dig through what's left of homes and vehicles.

And it was all predicted well in advance.

December's Thomas wildfire — the largest in the state's modern history — scorched hillsides bare. It left nothing to soak up, or slow down, the flow from the inevitable winter rains.

"It hits the dirt directly and it is instant runoff, and [it] carries that sediment," Thomas Fayram, Santa Barbara County's deputy public works director, warned residents at a community meeting last month.

This map, prepared by the U.S. Geological Service, estimated the risk of debris flow in many of the burnt-out areas at between 60 and 100 per cent.

Southern California received its first significant rainfall in almost a year overnight Tuesday, with 15 millimetres falling in just five minutes in Montecito, the hardest-hit community. The total accumulation of more than 125 mm was more than enough to provoke the feared disaster.

On Monday afternoon, authorities issued mandatory evacuation orders for 7,000 people living in what were deemed the most dangerous neighbourhoods.

Some 23,000 other residents were told that it would be wise to leave.

But after having been forced from their homes for weeks because of last month's fires, it appears many people decided to chance the rains — estimates are that only 10 to 15 per cent followed the advice — with deadly consequences.

Disaster preparedness websites offer a few tips about landslides: watch for sagging fence lines, new cracks or bulges in the ground and pavement, and listen for the sounds of trees cracking or boulders knocking together. But the most important warning is to stay alert and awake — most deaths occur while people are sleeping.

The slides in Montecito and neighbouring Carpinteria came at 2:30 a.m.

Rich, famous and powerful men continue to be called to account for their past behaviour toward women.

Appearing on the Late Show with Stephen Colbert to promote his new movie, the actor was asked about a series of Tweets from female colleagues that accused him of "exploitative" actions, suggesting he's part of the problem rather than the solution in Hollywood.

Franco said the criticisms were "not accurate," but vowed to change anyway.

"In my life I pride myself on taking responsibility for things that I've done," Franco said. "I have to do that to maintain my well-being. I do it whenever I know that there is something wrong or needs to be changed, I make it a point to do it."

Meanwhile, his one-time co-star Mark Wahlberg is under fire after revelations that he was paid $1.5 million for reshoots of his new movie All the Money, while actress Michelle Williams and other key players including director Ridley Scott worked for the minimum $80 a day per diem. (The emergency makeover became necessary after Kevin Spacey, who was originally cast as J. Paul Getty in the film, faced his own allegations of sexual misconduct and was replaced by Christopher Plummer.)

In London, England, conductor Charles Dutoit has accelerated his planned departure from the Royal Philharmonic Orchestra, stepping down effective immediately in the wake of allegations of past unwanted sexual advances.

While in London, Ont., city council is reconsidering a 2011 decision to name a park after local screenwriter Paul Haggis. Earlier this week, three more women came forward to accuse the Oscar winner of rape, charges he flatly denies.

In Toronto, there will be a silent protest in front of Soulpepper's Distillery District theatre this evening, a day after 280 Canadian artists signed an open letter in support of the women who have accused Albert Schultz, the company's founder, of sexual misconduct.

But in France, the pendulum appears to be swinging in the other direction.

Yesterday, 100 prominent personalities lent their names to an open letter in the newspaper Le Monde, which argued that #MeToo and its French version #BalanceTonPorc (Call out your pig) have gone too far, touching off a "puritanical ... wave of purification."

"Rape is a crime, but trying to seduce someone, even persistently or clumsily, is not — nor is men being gentlemanly a macho attack," the letter reads. "Men have been punished summarily or forced out of their jobs when all they did was touch someone's knee or try to steal a kiss."

"Keep the coffee out of your rectum and in your cup."

The late American tough-guy actor opens up about his love of the "gentle" hippie movement, getting billy-clubbed over the head by a New York City cop, and playing the gong. 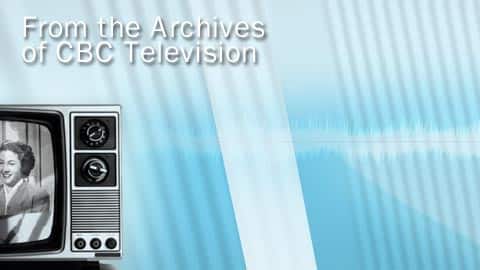 Film13:04James Coburn is kind to hippies
The actor and producer of the 1967 movie The President's Analyst explains why he and his film are sympathetic to the younger generation. This is the audio of a TV report for which video is unavailable. 13:04