State of the Union: Trump gears up for speech to a divided nation

A closer look at the day's most notable stories with The National's Jonathon Gatehouse: ahead of State of the Union address, the U.S. isn't united around much; Crown attorney's extraordinary warning at Bruce McArthur's sentencing hearing; how the Bighorn park battle turned political in Alberta.

State of the Union

It has been 44 years since a U.S. president made the mistake of telling the truth.

"The state of the Union is not good: Millions of Americans are out of work," Gerald Ford proclaimed to Congress in January 1975.

No-one thanked him for his honesty, and two years later he was out a job.

Which is surely why Jimmy Carter favoured the word "sound."

And since Ronald Reagan hit upon the strong/stronger/strongest formulation, America's federation has rarely been described as anything but.

Of course, it's possible that Donald Trump will veer off-script in his second official State of the Union address tomorrow night, and throw in an adjective like "amazingly" or "big league."

But while you can place a prop bet on the number of standing ovations he will receive, which foreign nation he will mention first, or even the colour of Ivanka's dress, it doesn't appear that anyone is taking wagers on him saying anything else. Not even "great."

The indisputable reality is that the current state of the Union is more like separate bedrooms.

Trump's approval rating is hovering around 40 per cent, and his disapproval rating of almost 56 per cent remains the highest of any U.S. president since polling began in the 1940s.

The former reality TV star's support among Democrats sits at 7 per cent in the latest Politico/Morning Consult poll, not far outside the margin of error. And Trump has the confidence of just one-third of independents.

At the moment, Trump doesn't command a majority of men, or women, or any race, age group or education level.

It's only his rock-solid hold on Republican voters — 82 per cent support — that keeps him in the political conversation for 2020.

And even they aren't happy with the way things have been going in Washington.

A CNN poll, released this morning, finds that almost seven in 10 Americans say that their government is doing a lousy job, and that 43 per cent describe it as the "worst" in their lifetimes.

The fight over funding for Trump's border wall, which shut down the government for a record 35 days and threatens to flare up again next week, remains divisive. Two-thirds of Americans don't think the president should declare a national emergency in order to get his way, and 57 per cent would oppose another shutdown.

Meanwhile, Republican voters remain hellbent on sealing off Mexico, with 72 per cent supporting an emergency declaration and 78 per cent spoiling for another government closure.

What Americans can agree upon — 76 per cent —  is that two years in, President Trump has brought "significant changes" to their country, according to the CNN poll. Although, 33 per cent say they are for the better, versus 37 per cent who believe they are for the worse.

If last year's state of the union is any indication, Trump will mostly stick to his teleprompters tomorrow night and try to be upbeat. Some of the inspirational content — a promise to end the HIV epidemic in America — has already been strategically leaked.

However, nothing is likely to change.

Halfway through his term, Trump remains obsessed with the partisan fight, rather than the position to which he has been elected.

Hundreds of key jobs in his administration remain unfilled, or staffed by temps.

And he spends far more of his time watching television and chatting on the phone with friends and supporters than he does in briefings, meetings or negotiations. (Three months of detailed schedules, obtained and published by Axios this weekend, show that unstructured "Executive Time" dominates Trump's calendar, and that he rarely has an official engagement before 11 a.m.).

And following rounds this weekend with Tiger Woods, Jack Nicklaus and acting White House chief of staff Mick Mulvaney, Trump has now golfed 156 times over the two years and 15 days of his presidency.

It was the first time that Trump had hit the links since American Thanksgiving — a shutdown-inspired absence that will at least delay some surefire negative publicity. The day, in the not-too-distant future, when Trump overtakes his predecessor Barack Obama, who golfed 306 times over his eight years in office.

Before court began its sentencing hearing in Toronto this morning, Crown attorney Michael Cantlon did something extraordinary. He addressed those sitting in the courtroom and warned them that what is going to be heard will be disturbing.

He cautioned people that the details could affect their mental health, and that they should think about whether they want to be in the courtroom after considering that.

The courtroom was still full after the announcement.

Before today, the public knew very little about the murders McArthur committed from 2010 to 2017. This morning we learned about how the victims died. About how he staged the men to take photos after they were killed. How McArthur attempted to delete many of these photos before he was arrested.

Over the next few days, we're also supposed to hear victim impact statements and finally get a glimpse into the lives that McArthur cut short.

The public knows very little about many of them. Some had no family in Canada. One man was never reported missing.

Through the victim impact statements, we will learn more about them as men. Who they were and what their lives were like before they met McArthur.

In all this horrific detail, one thing is likely to go unanswered: why did McArthur do what he did?

In Alberta, a proposed park is evolving into a political proxy war, reporter Erin Collins writes.

In hyper-partisan Alberta, a park isn't always just a park.

The roots of political grievances run deep here and are quick to rise to the surface, especially these days. That is certainly the case with the Bighorn area on the eastern slopes of the Rockies.

The NDP government is hoping to make the area into a provincial park, and has been meeting with locals to chat about it in recent months.

The idea behind the Bighorn Country proposal is that a park designation would establish stiffer rules around things like off-roading and camping to better protect the sensitive wilderness area, which has been pretty self-regulated up until now.

It's an idea that environmentalists have generally applauded, but the snowmobilers, off-roaders and campers who have been using — and in many cases maintaining — the area for decades don't quite see things the same way.

Not surprisingly, the folks who support the plan in large part also seem to support the NDP government. The opponents of the plan, not so much.

This has lead to some pretty heated exchanges online and at some of those public meetings.

So much so that in early January the province actually cancelled future meetings, citing safety concerns. That didn't go over well with the official opposition, the United Conservative Party and its supporters, and the environment minister has since agreed to go ahead with the meetings.

With a provincial election on the horizon, the debate over what to do with this rugged slice of wilderness has begun to look like a political proxy war.

That's why producer Allison Dempster, cameraman Colin Hall and I decided to head out to the Bighorn to see just how wide the political chasm in Alberta has grown.

It's an assignment that had us sliding down a frozen river filled with methane bubbles and ripping through the bush on a quad to get the perspectives of both sides in the Bighorn battle.

Cpl. Jeremy Hillson returned from Iraq and surprised his family during a ceremonial faceoff at the Toronto Maple Leafs game. He told us how he pulled it off. <a href="https://twitter.com/hashtag/TheMoment?src=hash&amp;ref_src=twsrc%5Etfw">#TheMoment</a> <a href="https://t.co/vWGhZdfsda">pic.twitter.com/vWGhZdfsda</a>

"Our reputation for non-partisan, fact-based programs is key to our support. The production in question is the opposite of that."

This serious-minded investigation by reporter Neil Thomas tries to explain why so many kids are interested in "anti-establishment" music. Windsor, Ont., punk rock pioneers The Dry Heaves get their 15 seconds of fame. And we learn how the boring old boomers are trying to horn in on the act. "All these ex-hippies have New Wave clothes on and they're 38 years old," complains Susan Whitall, an editor from Creem magazine. 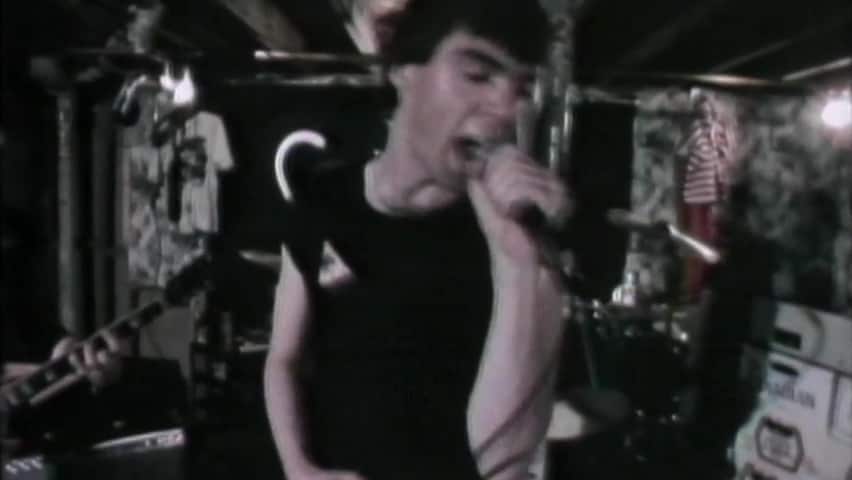 40 years ago
7:29
Amid scenes from the 1980 Heat Wave festival, a CBC reporter tries to discern the hallmarks of a new musical movement. 7:29