Welcome to The National Today newsletter, which takes a closer look at some of the day's most notable stories. Sign up here and we'll deliver it directly to your inbox Monday to Friday.

The targets were random, but last night's mass shooting along Toronto's Danforth Ave. was clearly planned and deliberate.

Shortly after 10 p.m., the gunman picked his way along the still-busy street of bars and restaurants, firing as he went. The first victim was sitting in a parkette. The next ones were finishing up a late-evening birthday dinner. Some were shot while they crossed the road. Others came face-to-face with the calm man with the handgun and were spared.

It's still not clear how many bullets were fired. Some witnesses say they saw the man reload at least once. But by the time the shooter completed his five-block stroll, two people were dead -- an 18-year-old woman and a 10-year-old girl -- and 13 more were wounded.

The 29-year-old gunman is also dead, either as a result of a brief firefight with police or a self-inflicted wound.

In the coming days, we will learn his story, and whatever twisted motivation spurred him on. And we will also glean the answer to the most vexing question -- how did he come to have a gun.

Despite our sense that handguns are almost impossible to obtain in Canada, there are plenty of them. A 2017 report from the RCMP's Commissioner of Firearms, counts more than a million restricted and prohibited guns -- most of them pistols -- across the country. In Ontario alone, there are 375,000 of them.

And the number is rising steadily. In 2005, there were just 480,000 such legally owned guns in Canada. (Prohibited weapons, like fully automatics, can't be purchased, but people who already had them before they were outlawed are permitted to keep them.)

Overall, Canada has one of the highest rates of firearm ownership in the world, with an estimated 12.7 million long and short guns, or 35.7 firearms for 100 residents. And more than two million people are licensed to possess and buy weapons.

Gun crime is also on the rise.

Data for 2017, released this morning by Statistics Canada, shows a seven per cent increase in firearm-related incidents, marking the third year in a row that the number has grown.

All told, there were 2,734 firearm-specific violent offences in 2017, up from 2,534 the year before. Forty-two per cent of those charges involved unlawfully discharging a gun, and 40 per cent were for pointing a weapon. The remainder were for the use of a firearm in the commission of an indictable offence.

In 2016, there were 223 firearm-related homicides in Canada. More than half of them were gang-related.

Six out of every 10 violent firearm crimes in Canada are now committed with a handgun.

Where do criminals get their guns? The assumption has long been from the United States, where firearms are even more plentiful, and purchase restrictions minimal. (Although it's mostly Canadians who illegally import them.)

But a recent report from the B.C. government found that almost 60 per cent of the guns seized in connection with criminal investigations in that province were homegrown -- purchased, traded or stolen in Canada. Many were legally obtained by people without criminal records, then sold to gangs.

In 2015, police in B.C. retrieved 409 pistols from suspects. Which sounds like far too many, until you consider that the province is home to 159,000 legal handguns.

The report sounds an even more worrying note, however, about the emergence of "ghost guns." Also known as "80 per cent" weapons, they are unfinished firearms, with no identifying marks or serial numbers, often sold over the internet.

Criminals then buy the missing parts -- also available on the web -- and create a working handgun. And it's all unregulated in Canada.

"We were sitting out on the patio and we heard shots ... so we went inside ... and then he came in the restaurant and he shot the girl right in front of me. It went right through her lungs."

- Carrie Lahey, an eyewitness to last night's shooting spree on Toronto's Danforth Ave, which killed two people and sent 12 others to hospital. The gunman exchanged fire with police and was later found dead on a nearby side street.

Rodrigo Duterte is vowing to continue his bloody crusade against drug dealers, and mocks the human rights groups and foreign nations that protest his rising body count.

"The illegal drugs war will not be sidelined. Instead, it will be as relentless and chilling -- if you will -- as on the day it began," the president of the Philippines said in his annual state of the nation address in Manila this morning.

"If you think that I can be dissuaded from continuing this fight because of [your] demonstrations, your protests, which I find, by the way, misdirected, then you got it all wrong. Your concern is human rights, mine is human lives."

According to official government statistics, police have killed more than 4,500 suspected drug dealers for "resisting arrest" since Duterte's crackdown began in 2016. Other estimates put the actual number of deaths much higher, with one opposition politician claiming that at least 20,000 people have fallen victim to the extrajudicial killings.

In his address to Congress today, the 73-year-old strongman defended such measures as crucial to country's future.

"I know what crimes can do to the youth of this country. If not stopped, crimes can make human cesspools of succeeding generations." he said. "I will not allow it to happen. Not during my term."

The speech was relatively brief by the president's rambling, free-form standards -- just 50 minutes. But Duterte managed to pack a lot in, including a promise to create a disaster management agency and enact universal health care before his term finishes in 2022.

And he also espoused some radical environmentalism, vowing to clean up the country's polluted beauty spots by closing them to tourism, as he has already done with Boracay Island, even if it means throwing thousands out of work.

He put mining firms in the Philippines on particular notice to "expect reforms, radical ones."

"Again, I warn irresponsible miners, along with their patrons, to stop destroying our watersheds, recharge areas, forests and aquatic resources," Duterte said, describing rivers so polluted that they make you "puke."

But a signature accomplishment -- a new peace deal with Muslim insurgents in the country's south -- was missing from the speech, delayed by infighting within the president's own party.

Duterte's popularity has taken a hit recently, with his approval rating falling below 50 per cent for the first time, according to a new poll.

Although in today's speech the president seemed to leave the door open to sticking around in the job if someone changes the country's constitution and does away with the one, six-year term limit.

"I have no illusions of occupying this office one day longer than what the constitution under which I was elected permits; or under whatever constitution there might be," he said cryptically.

An 80-year-old from Newfoundland smashed the record in a gruelling 10-mile road race — and if you needed some motivation to lace up, she only started running at age 59. <a href="https://t.co/NfIw2OqCEV">pic.twitter.com/NfIw2OqCEV</a>

Margaret Atwood was just 27 when CBC filmed her reading some new poetry — It Is Dangerous to Read Newspapers and The Green Man — before an attentive academic audience. But she had already published four collections, winning the E.J. Pratt prize as the country's best poet, as well as a Governor General's award. She looks a little nervous in her groovy cat's-eye glasses. 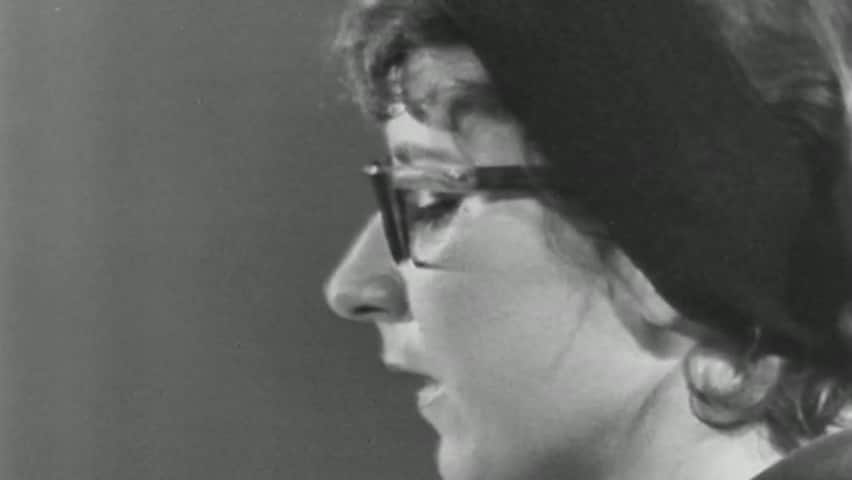