A record number of Canadians died of opioid overdoses in 2017, according to figures released by Health Canada today.

The vast majority of the overdose deaths —72 per cent — are attributable to one drug, fentanyl.

And the government expects that the final 2017 death toll from Canada's hard-drug epidemic will surpass 4,000.

That may well be enough to push overdoses into the top 10 causes of death for the first time.

Ottawa tried to get out in front of Canada's depressing new numbers yesterday, with Health Minister Ginette Petitpas Taylor announcing new measures to make it easier for doctors to prescribe methadone and pharmaceutical-grade heroin.

But the numbers surrounding people who are seeking treatment for their opioid addictions are no less staggering.

The growth in addicts seeking treatment reflects not only the exploding opioid epidemic, but also changing government responses to the problem. More than 70 private methadone clinics have sprouted up across Ontario in recent years. Which in turn, helped spur the province to enact a host of new anti-opioid measures in late 2016, including adding suboxone to the list of treatments covered under its drug benefit plan.

The number of opioid prescriptions — the way most people access and become hooked on the painkillers — written in Canada continues to increase, up 6.8 per cent between 2012 and 2016 to 21.5 million a year.

But the amount of the drugs being dispensed declined 8.9 per cent over the same period, from 238 million "defined daily doses" to 226 million.

Still, more than 20 per cent of Canadian seniors received at least one opioid prescription in 2015-16. And in Ontario, where there were 9.15 million prescriptions filled by some 2 million people, close to 14 per cent of the population had access to the strongest medicine available.

And that's just the legal stuff.

Between June 2016 and September 2017, Canadian Border Services made 156 seizures of illicit fentanyl, mostly coming from China. And in the first three-quarters of its 2017-18 fiscal year, the agency reports that it has seized 11,497 grams of illicit fentanyl.

A fatal dose of the drug, which is up to 50 times more potent than heroin, can be as small as 2 milligrams.

Colombia has officially been at peace for more than a year, but the killings continue. And the new targets appear to be community and human rights activists.

Since the beginning of 2017 at least 213 local leaders have been murdered, even as the country's homicide rates have fallen to their lowest levels in more than 40 years.

So far this week, two more victims have been identified.

Jose Herrera headed a farmer's association in Puerto Valdivia. Francisco Zabala was a member of El Riso's community action board.

Both communities are in a rural area north of Medellin, where violence continues to flare as members of the ELN, the country's last remaining guerilla group, are battling drug cartels for control of the region and its lucrative cocaine trade.

Outgoing President Juan Manuel Santos won the Nobel Peace Prize for striking a 2016 deal with FARC rebels, bringing a conclusion to a civil war that had dragged on for more than 50 years and killed 220,000 people, displacing millions more.

But as FARC soldiers have disarmed and transformed themselves into politicians, a power vacuum has been left behind in the areas they once controlled.

Government forces have so far proven unable, or unwilling, to step in and fill the void.

In some areas, desperate residents have been forced to make a choice between evils, petitioning the remaining rebels to come and help them fight the criminal gangs.

But with the overall peace deal still fragile — FARC failed to win a single seat in recent congressional elections — a real end to the violence appears far away.

Cricket has long been known as the "gentleman's game." But a burgeoning cheating scandal has left Australians wondering if their national team is still fit to represent them.

On Saturday, during a test match in South Africa, television cameras captured the most junior member of the team, Cameron Bancroft, rubbing the ball with a piece of sticky yellow tape in an effort to make it dart and dive.

He was then seen stashing the tape in his underwear as umpires approached to investigate.

Confronted with the video evidence, Australia's captain, Steve Smith, confessed to a plot to "get an advantage" by tampering with the ball, a decision he said was made by the team's "leadership group."

Smith was in turn banned from the fourth and final match of the series, scheduled for Friday, and fined, as was Bancroft.

But that was just the beginning.

The revelation has touched off a frenzy of national soul searching back home.

"This cheating is a disgrace, we all know that, it is a terrible disgrace," he said Tuesday, calling for further disciplinary action. "We want to get to the point where we can all say once again, not rhetorically but heartfelt and with sincerity, that cricket is a fair game, cricket is a game that is synonymous with a fair go and fair play. That is what has to happen."

So have former Aussie cricket greats, including Steve Waugh.

"The Australian cricket team has always believed it could win in any situation, against any opposition, by playing combative, skilful and fair cricket, driven by our pride in the fabled baggy green," he wrote in a lengthy Facebook post. "I will support all positive action to ensure an outcome for the betterment of the game, regaining the trust and faith of every fan of cricket."

Australia has a history of bad on-pitch behaviour. Fifteen years ago, members of the national side drew up a "spirit of cricket" mission statement following allegations of intimidating and "sledging" opponents -- Aussie slang for verbal abuse. And South Africa's coach Ottis Gibson has suggested that the Australian team still suffers from a "win at all costs" mentality.

The head of Cricket Australia, James Sutherland, and his integrity officer Iain Roy, flew to South Africa to deal with the crisis and today announced that Smith, Bancroft, and vice-captain David Warner have all been sent home for their part in the scandal.

But that's not the end of the trouble for world-third-ranked Australia.

There are reports of fierce infighting among those who remain on the team. Major sponsors are said to be reevaluating their deals.

And questions are now being raised about Australia's win over England in the Ashes Series last December.

"I've never seen anything quite so Jurassic … I call it the root of all evil."

René Lévesque was at his prickly, magnetic best in this Saskatchewan press conference, parrying reporters' questions and scattering bon mots with abandon. "Trudeau wasn't acting, he was overkilling," the Parti Québécois leader says of the Prime Minister's decision to put troops on the streets during the October Crisis. He calls Don McDonald, the minister of national defence, a "jerk." Lévesque even has a few words to about her Majesty Queen Elizabeth II, under whose portrait he is seated. "I have great respect for the Queen," he says. "But what the hell part should the monarchy have in Quebec?"

(And if you are looking for more contemporary House of Windsor news, subscribe to CBC's new Royal Fascinator newsletter and keep up to date on all things Harry and Meghan.) 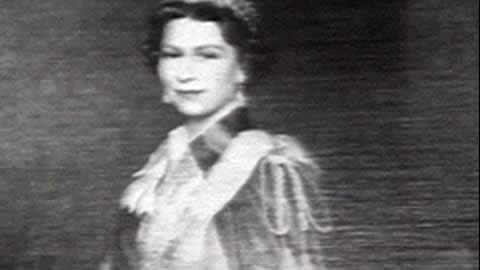 René Lévesque, The Queen and the FLQ

50 years agoVideo
7:59
The PQ leader discusses a variety of topics at this Saskatchewan press conference. 7:59