A closer look at the day's most notable stories with The National's Jonathon Gatehouse: foreign affairs expert, journalist Nicholas Kristof says Moon Jae-In has 'rather brilliantly manipulated' both Trump and North Korea; researchers surprised by the mix of flu strains being carried by dogs in China

Sick as a dog

The source of a future global flu pandemic may be snoring at your feet.

New research, published yesterday in the journal mBio, has found that some dogs in China are carrying a potentially potent mix of pig, bird and canine flu viruses that the researchers say might someday jump to humans.

That wasn't such a big surprise — the illness has been spreading in canines worldwide since it was first diagnosed in the early 2000s, after it apparently jumped to dogs from horses.

But when the researchers sequenced the DNA of the viruses, they were taken aback to discover that the sick dogs were carrying 16 different strains of flu. Some were bird flu that had also previously infected pigs, and some were pig flus that had been detected in people in Europe and Asia.

To date, there have been no indications of flu jumping from dogs to their owners. But that doesn't mean that such a transmission out of the question, researchers say.

"This is very reminiscent of what happened in swine 10 years before the H1N1 pandemic," Adolfo Garcia-Sastre, a virologist at the Icahn School of Medicine in New York City and the paper's principle author, said in a press statement. "The type of combinations of viruses that can [now] be created in dogs represent potential risk for a virus to jump to a dog [and] into a human."

Although Garcia-Sastre notes that humans may already have built up an immunity against canine flu, given all their close contact with dogs.

Of course, fears of a new animal flu are something of an annual tradition.

The killer Spanish flu epidemic of 1918 is thought to have begun in geese. And people now regularly contend with versions of what were originally swine and bird flus that jumped to humans.

Meanwhile, earlier this week Denmark's parliament voted to build a 68 kilometre fence along its southern border with Germany in an effort to keep out wild boars that may or may not be carrying African swine fever, which can be deadly to pigs but not to humans. (Denmark is one of the world's biggest exporters of pork, and its pig business is worth more than $2 billion Cdn annually.)

The 1.5 metre-tall fence, which will also go half a metre underground to foil burrowing, is projected to cost more than $16 million. And it may prove to be totally useless, since nearby roads will remain barrier-free.

More to the point, it's not clear that the feared virus actually exists in Germany, since the nearest confirmed case to date was in Eastern Poland, some 500 kilometres away.

A perhaps classic case of barking up the wrong tree.

When New York Times op-ed columnist Nicholas Kristof was in Pyongyang last September, North Koreans were calling President Trump "that son of a bitch," while Trump was calling Kim Jong Un "little rocket man." But in this season of political pirouettes, the enmities seem to be softening and the two leaders are heading to Singapore for face-to-face talks next week, acting like BFFs (best friends forever).

President Trump says the "maximum pressure" the U.S. has been putting on Kim is now off.

"Why would I do that," he asked reporters rhetorically in Washington last week, referring to steps the U.S. has been taking to punish North Korea, "when we're getting along?"

Kristof marvels at the flip flop, but credits neither of them with peace accolades.

Instead, it's South Korean President Moon Jae-In whom he cites as the real dealmaker.

"Moon Jae-In is a very good Trump handler and he understands the importance of flattery," Kristof told me when we met this week in New York. "I think he rather brilliantly manipulated both President Trump and North Korea to start this peace process."

Kristof, two-time winner of the Pulitzer Prize, has covered North Korean politics on and off for nearly 30 years. He's optimistic about the June 12 Singapore summit, if only because "talks are better than tanks."

The risk, however, is that the U.S. will come away with little more than "vague commitments over a longer term about [North Korea] actually handing over its warheads" in exchange for lifting economic sanctions, Kristof says.

"I think the U.S. was played by North Korea, and to some extent by South Korea," he adds. "But it's an awful lot better than firing missiles at each other."

Cannabis beverages the next beer?

With marijuana legalization on the horizon in Canada, cannabis companies are scrambling to innovate and develop new products for consumers, including those who might not want to smoke pot. Cannabis cocktail anyone? <a href="https://twitter.com/hashtag/GoingLegal?src=hash&amp;ref_src=twsrc%5Etfw">#GoingLegal</a> <a href="https://t.co/z7kfBGRoFS">pic.twitter.com/z7kfBGRoFS</a>

"All that comes out of the tap right now is cockroaches."

- Honorine Babalou, a 20-year-old textile worker in Bouake, Ivory Coast, tells AFP what it is like to live through a crippling drought. Officials in the city of 800,000 turned off the taps three months ago and now truck in emergency water rations.

"The forces of liberty move towards their rendezvous with destiny," this bit of homefront propaganda proclaims. "The citizen-soldiers of yesterday are now a hardened mass of professional killers." And the only regret of the Canadian wounded is that they, "have to leave the fight." 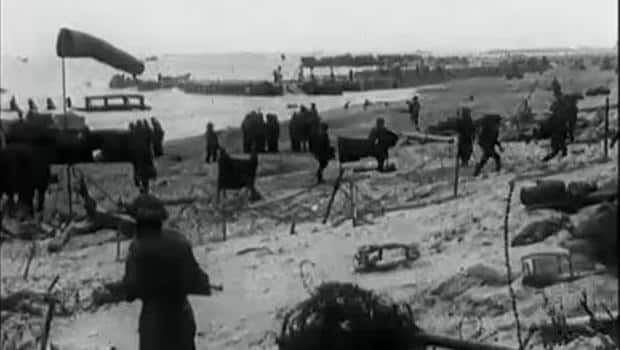