The 29-year-old, who has recently become a bubbly, smiling presence in the Hermit Kingdom's otherwise dour propaganda videos, will attend Friday's Opening Ceremony, becoming the first member of the ruling Kim dynasty to visit the South.

On paper, she will be second in status to Kim Yong-nam, North Korea's 90 year-old president of the Presidium of the Parliament — more or less the head of state.

But the inclusion of the woman the South Korean media calls Kim Jong-un's "Ivanka" sends an unmistakable message.

Appointed vice-director of the party's propaganda and agitation department in late 2014, Kim Yo-jong is believed to be in charge of managing her brother's public image at home.

Under her watch, the North Korean leader has revealed a softer, more cuddly side on visits to schools, amusement parks and the homes of carefully vetted "ordinary" citizens.

Earlier on, there were rumours that such experiments had caused friction and security concerns after people were allowed to touch the Supreme Leader, and a musician almost clocked him in the face with a guitar.

But this past fall, Kim Jong-un promoted her to the ruling politburo, making her its youngest member and signalling his trust and confidence in his little sister.

At a party conference in December, she was seated on the elevated dias just a few chairs away from her brother, a visible indication of her place in the inner circle.

Little is known about Kim Yo-jong, who is believed to have been born in 1989. She and Kim Jong-un have the same mother, Ko Yong-hui, a Japanese-born former dancer who was the late dictator Kim Jong-il's fourth and final companion.

That union produced one other child, Kim Jong-chol, an elder son who has no known role in the North Korean government. He was last seen at an Eric Clapton concert in London in 2015.

Kim Yo-jong attended the same Swiss boarding school as her brother in the 1990s and early 2000s, living in a private residence under the watchful eyes of a large entourage of North Korean bodyguards, support staff and even musicians.

Later, she returned to Pyongyang to study computer science at Kim Il-sung University, named after her grandfather, the founder of the Kim dynasty.

Kim Yo-jong is said to be married to Choe Song, a senior military official and the son of the Workers' Party vice-chairman, and to have one child.

She was pictured mourning alongside her brother after their father's 2011 death, but the first mention of her in the official North Korean press didn't come until 2014.

Now, however, she is a fixture on nightly newscasts, and was on hand for the send-off of the country's cultural contribution to the Olympics — the Samjyo'n Orchestra — earlier this week.

When Kim Jong-un disappeared from public view due to ill health in 2014, there were rumours Kim Yo-jong took the country's helm. Whether that was true or not, the Americans consider her to be important enough that they added her to the U.S. Treasury's sanctions blacklist early last year.

The North Korean delegation will be at the Games for three days, and members are scheduled to have a face-to-face meeting with South Korean President Moon Jae-in. There is already speculation that Kim Yo-jong has been tasked with carrying a special message.

But regardless, she will be given every honour and diplomatic courtesy. As the Supreme Leader's closest relative, her words and actions will carry weight.

Although perhaps only for the short term. Members of the ruling Kim family aren't known for their longevity.

Beginning Friday, The National will preempted by the CBC's coverage of the Olympic Winter Games on the main network. You can always watch The National on CBC News Network and online on CBCNews.ca, YouTube, Facebook and Twitter at its regular broadcast times.

Germany appears to have a government again.

After 136 days of uncertainty, Angela Merkel's Christian Democratic Union (CDU) has struck a deal with the Social Democratic party (SPD), and the smaller Christian Social Union, to form a coalition.

The compromise, which came this morning after a marathon 24-hour bargaining session, was announced in non-traditional fashion — via a WhatsApp message to SPD members. The picture of their smiling negotiating team was accompanied by the caption, "Tired. But satisfied."

A first round of negotiations last fall with the Green Party and conservative Free Democrats failed to find common ground.

At times it seemed that a deal with the SPD might also be out of reach.

In order to secure a fourth term as chancellor, Merkel has made some significant compromises.

For instance, the number of immigrants allowed to enter Germany on family reunification grounds will now be capped at 1,000 a month.

Rules around temporary contracts for workers will be tightened. As will controls over arms exports, which could see Saudi Arabia frozen out.

But perhaps most significantly, the SPD has extracted what it calls "an end to the austerity mandate" across the European Union. That comes with a promise of "fair taxation" for giant multinationals like Google and Apple, and to start spending a projected 46 billion euros ($71 billion Cdn) surplus over the next four years.

It's a remarkable turnaround for a party that gained just 20 per cent of the vote in last September's elections — the SPD's worst showing since the end of Second World War.

But Merkel had few choices, with her own CDU winning the most seats but falling well short of a majority, with 33 per cent of the vote.

The far-right Alternative für Deutschland party, which tapped into a widespread anti-immigrant sentiment to win 13 per cent of the vote, will now become Germany's official opposition.

The maiden launch of SpaceX's Falcon Heavy rocket yesterday was undeniably impressive, even if its centre core failed to make it back to Earth intact.

But for all of Elon Musk's refinements — like the (mostly) self-landing, reusable booster rockets — the underlying technology remains old school.

The 70-metre tall Heavy is really three Falcon 9 rockets working in tandem, harnessing 27 engines to lift large payloads. While it currently ranks as the world's most powerful launch system, it doesn't come close to the rockets used for the Apollo moon launches.

The even more massive, 110-metre-high Saturn V used in the Apollo missions was able to put 140,000 kilograms of payload into a low-Earth orbit, and propel 48,600 kg all the way to the moon.

Where Musk has everyone beat is the price. 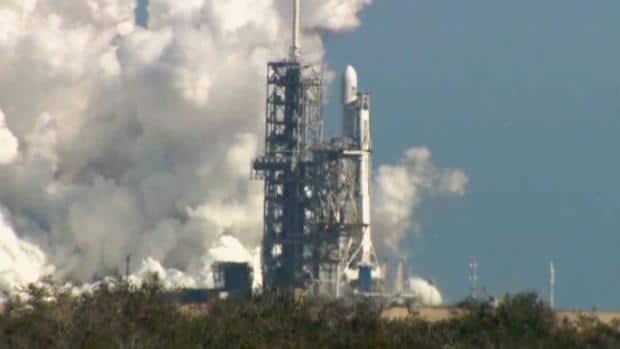 3 years ago
0:56
Falcon Heavy uses 27 engines working in tandem; launch slated for February 0:56SpaceX estimates that a typical Falcon Heavy launch will cost $90 million, versus $300 million to $500 million for the comparable Delta IV Heavy made by the United Launch Alliance, or $1 billion-plus if one were to resurrect the Saturn V.

But even if Space X's Heavy has the power to get astronauts into deep space, it doesn't have the necessary speed.

A trip to Mars powered by conventional rockets will take around eight months.

That's not just a problem in terms of confining astronauts to a cramped capsule for more than 240 days, and providing food and water. It would be a real danger when it comes to exposure to solar radiation and cosmic rays.

That's why NASA has set a goal of cutting the current travel time in half.

Research dollars have been directed to possible alternatives to solid fuel rockets, like solar-electric or nuclear-powered engines.

The propulsion model that seems most promising is plasma rockets — creating thrust from superheated bubbles of gas, contained by magnetic fields.

Ad Astra Rocket Co., a private Houston firm run by former Space Shuttle astronaut Franklin Chang Diaz, has been testing its version of a plasma rocket for several years now. But the technology remains a long way away from powering a spacecraft. Right now, the longest the company's VASIMR rocket can fire is five minutes at a time, due to the intense heat that overwhelms the cooling systems in the testing chamber.

And the hard truth is that in the absence of a new, government-driven space race, progress will be painfully slow.

The Saturn V went from the drawing board to space in just seven.

"The truth will come out."

- Patrick Brown, the former leader of Ontario's Progressive Conservatives, returns to social media to reiterate that allegations of sexual misconduct against him are "false," and thank his supporters.

Suburban sprawl and "the ungainly mass of humanity" has Toronto drivers fuming as they sit stuck in traffic. Meanwhile the city's transit projects proceed at a similar glacial pace with "no feasible plan for financing." And if all that doesn't seem familiar enough, the answer is "subways, subways, subways." 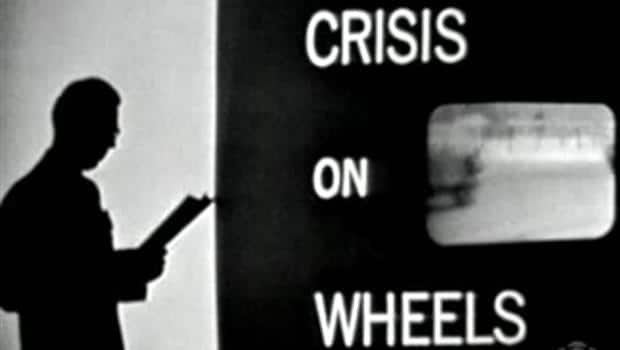