A closer look at the day's most notable stories with The National's Jonathon Gatehouse: Benoit Lecomte starts bid to become first to swim across Pacific Ocean; lawyer Gloria Allred talks about what motivates her to fight for the rights of women; U.S. readies big bailouts for coal industry.

If all goes well, the next six months will be the most monotonous of Benoit Lecomte's life.

For eight hours a day he'll be churning his limbs in the cold ocean currents, trying to stave off the boredom inherent to the challenge of becoming the first person to swim across the vast Pacific.

If anyone is prepared for such physical and mental extremes, it is probably the man who once front-crawled across the frigid Atlantic in just 73 days.

But that was 20 years ago, and that trip was some 2,400 kilometres shorter.

This morning, the 51-year-old Frenchman entered the waters off Chōshi, Japan, swimming the first few hundred metres of his 8,851-kilometre journey in the company of his children Max and Ana. By day's end he hopes to be 48 kilometres closer to his ultimate goal — San Francisco, Calif.

Lecomte's route will first take him up the coast of Japan, until he can join the eastbound North Pacific current.

Accompanied by a support crew of six, he will spend his nights aboard a 20-metre yacht dubbed Discovery. He'll reenter the water the next morning, using GPS positioning to make sure that it's at the exact spot where he got out.

In addition to his quest for the record books, there is a scientific purpose.

Lecomte and his team have partnered with 12 organizations, including NASA and the Woods Hole Oceanographic Institution. More than 1,000 water samples will be taken along the route and checked for pollution levels and microscopic plant and animal life. And he is wearing a radiation monitor on his wetsuit to measure the lasting legacy of the Fukushima reactor disaster on the ocean.

The swimmer himself will be a guinea pig, as his crew and doctors on shore monitor the physiological and psychological effects of spending six straight months in the water.

After his successful Atlantic crossing, Lecomte had vowed that he would never put himself through such an ordeal again. But his resolve soon faded and he has been planning this marathon swim for years, training up to five hours a day in the water and on land.

Nutrition is a central concern. His doctors predict that he will need to ingest 8,000 calories a day, and the support boat is well-stocked with pasta and spam. He also plans brief pauses to suck down high-calorie shakes while in the water.

And there are dangers, of course. As Lecomte nears the California coast he will be crossing through a Great White Shark migration area — a serious test for the shark repellent bracelet he wears on his wrist.

Lecomte hopes his swim will raise awareness of climate change and environmental issues, most particularly the problem of plastics in the seas. At the midpoint of his route, he will spend several days swimming through what is known as the Great Pacific Garbage Patch, a floating mass of fishing nets, plastic bags, straws, styrofoam and all sorts of other debris that now covers 1.6 million square kilometres — three times the size of his native France.

Ocean garbage isn't just unsightly, it can prove deadly as well. This past weekend, authorities in Thailand found a pilot whale stranded and in distress in shallow water near shore. It vomited up five plastic bags before dying. A necropsy found eight kilograms of plastic in the whale's stomach.

"I've been swimming for a long time and the change just in the last 30 years is troubling, that you can see so much degradation," he recently told the Australian Broadcasting Corporation, referring to the state of the oceans.

Lecomte is scheduled to arrive is San Francisco around the beginning of December. His daily progress can be tracked here.

Rosemary Barton sat down with legendary U.S. lawyer and feminist Gloria Allred to talk about what motivates her to fight for the rights of women — including the right to be heard:

Gloria Allred's office is not what you'd expect — or not what I expected, anyway.

It is full of heavy, dark furniture from another time. The desk is also carved of dark wood, but there is no actual space on it to work — photos and tokens cover it entirely.

So instead of working at the desk, Allred has a computer set up on a glass table with a velvet chair tucked in beside it.

Of course, much of this could be because Allred spends no significant time in her office.

She will be 77 in July, but she doesn't consider slowing down and seems surprised to be asked when she finds time to rest, or nap, or take a break.

The answer is, she does not. Allred works weekends. She has not taken a holiday since the 1980s. Work is not just what she does, it is also who she is.

And the reason she does her work — defending women and minorities — is because, she says, of her belief in justice and in giving people a voice. 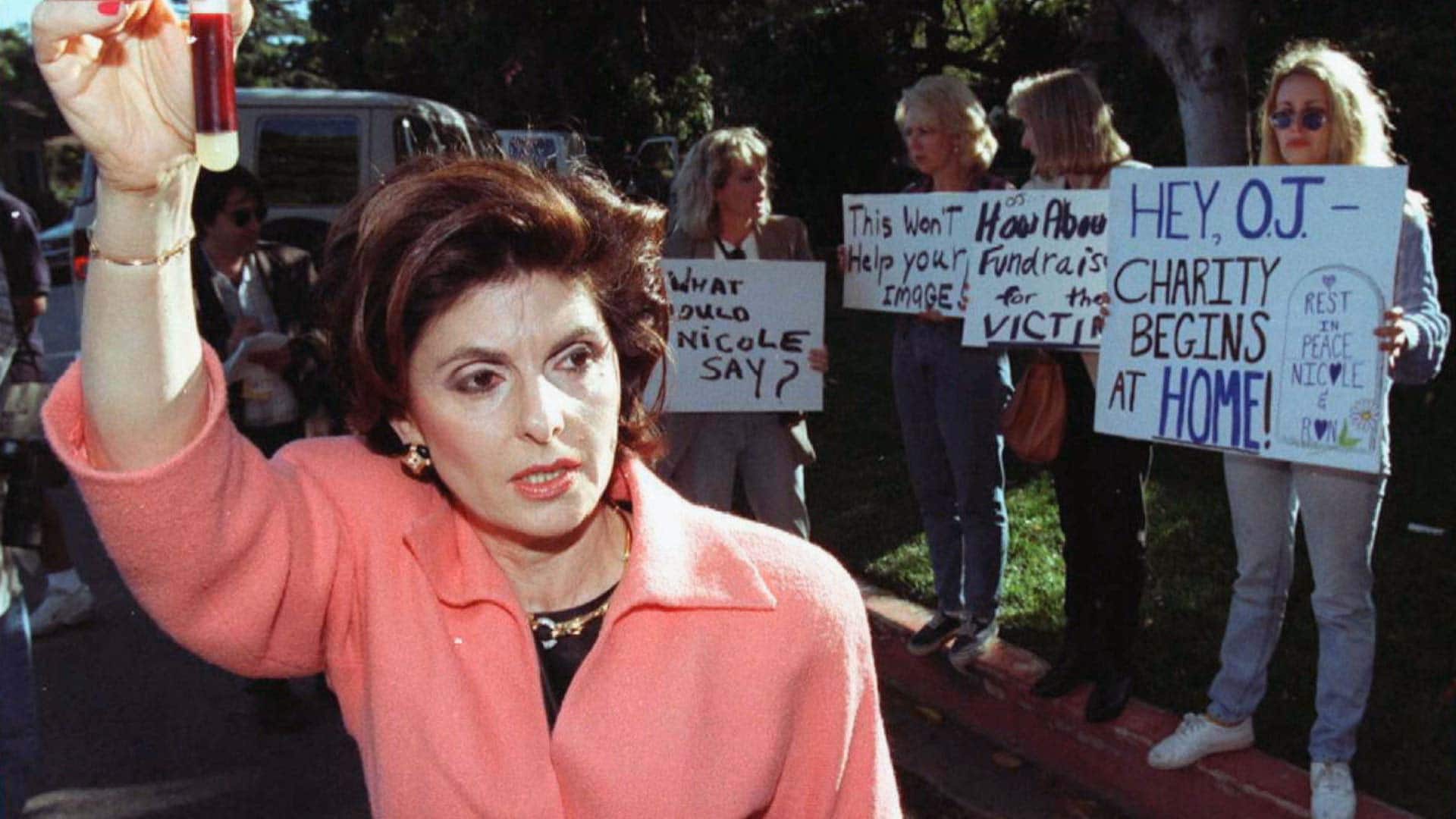 Gloria Allred on the battle for women's rights

2 years ago
0:22
Lawyer and feminist Gloria Allred on the battle against inappropriate sexual behaviour by men towards women. 'The fight has just begun.' 0:22The way she seeks justice is not typical for an attorney. If she cannot get justice in a courtroom, Allred will seek it in the court of public opinion.

That comes with risks of defamation, unproven allegations, and counter-suits. But she is willing to take those risks. Her clients, often sexually assaulted women, are also willing to take them in order to find justice of any kind.

And within five minutes of meeting her, you begin to understand why women confide in Allred. She is tough, confident and unwilling to back down. She is a feminist of the first order, and she is a cheerleader of women.

It is hard to talk to her and not feel as though you, too, could take on the world.

The U.S. government is readying two big bailouts for the struggling American coal industry, as Donald Trump tries to make good on his pledge to bring back the "beautiful, clean" fossil fuel.

According to a leaked memo, the policy will see power system operators ordered to buy electricity from "at-risk facilities" in order ensure a "strategic mix" of generating capacity in the event of extreme weather events or cyber attacks.

Almost 270 coal-fired power plants have shut down in the United States since 2010, as producers opt for cheaper natural gas generating stations and bring more solar and wind projects into the grid.

It's unclear what the cost of such an unprecedented intervention in the U.S. energy market would be. But there is a potential price tag for another looming bailout — as much as $15 billion US.

An investigation by the U.S. Government Accountability Office into the finances of a fund that helps coal miners suffering from black lung disease has identified a multibillion-dollar hole in its books as more claims roll in and the ailing industry seeks to duck its share of the bills.

The report, released yesterday, found that the Black Lung Disability Trust fund, which is supposed to be financed by a tax on coal producers, lacks sufficient money to meet its liabilities. In 2017, the fund had to borrow $1.3 billion US from taxpayers to make its payouts for medical bills.

The problem is expected to worsen, as the black lung levy on coal mines is set to be cut by 55 per cent at the end of 2018.

At present, more than 14,000 miners and former miners are drawing from the fund. The number of people diagnosed with black lung has been steadily increasing, with more than 2,300 new cases over the past decade and a half.

One recent study linked the resurgence of the disease to the industry's struggles, as the remaining miners work longer hours for smaller operators who invest less money in dust reduction systems.

Or it could simply be a function of the fact that miners who can no longer find work are now willing to admit that they are suffering from the syndrome. (In the past, many hid their sickness to keep their jobs. For example, autopsies carried out after the 2010 Upper Big Branch Mine explosion in West Virginia showed that 17 of the 29 dead had the disease.)

Either way, the disability trust fund is currently on track to have to borrow a further $15 billion by 2050, in addition to its current $4.3 billion debt and the $6.5 billion in loans that the U.S. government has already forgiven.

Yesterday, Trump's Department of Labor issued a statement confirming that benefits will continue to be paid out in the future, "regardless of the Fund's financial condition."

During his 2016 campaign, Trump made repeated promises to revive America's coal industry by doing away with tough environmental standards for producers and users. The vows helped him to a 68 per cent landslide in West Virginia on election night, Trump's largest margin of victory.

But the jobs have been slow to materialize, with just 771 new coal miners hired in 2017.

"This approach acknowledges that more survivors and family members want to share their experiences, while underscoring the urgency this government places in seeing the commission deliver concrete recommendations that will address systemic issues to help keep Indigenous women and girls safe."

- Carolyn Bennett, the Minister of Crown-Indigenous Relations, explains Ottawa's decision to grant the national inquiry into murdered and missing Indigenous women and girls a six-month extension, rather than the two years and $50 million that commissioners had requested.

A year before he hit it big as Heaver in Youngblood, the 20-year-old Keanu Reeves was still busy hosting CBC's youth program Going Great. Here he interviews a 16-year-old who runs her own riding school in Woodstock, Ont., and then demonstrates why he was never cast in Young Guns. "I'd rather be with hot, sweaty, big horses than Jacqueline Bisset or Elizabeth Taylor," he proclaims. Really.