In remote communities throughout northern Ontario, Indigenous families are increasingly afraid for the safety of their children who must go south to get a high school education.

In remote communities throughout northwestern Ontario, Indigenous families are afraid for their children.

For many communities in the North, the reality for young people is that moving far from home is often their only way to get a high school education. But sending students to the city takes them out of the supporting sphere of their own family and community at an age when they can be particularly vulnerable to pressures ranging from alcohol and drugs, to depression, to racism.

Since 2000, nine young people have died in Thunder Bay, most while attending high school away from their home communities. Several of these deaths are still unsolved.

Increasingly, families are refusing to send their children to Thunder Bay. They're seeking alternatives and arranging for high school education elsewhere, in places such as Winnipeg, Red Lake or Sioux Lookout.

CBC News visited Thunder Bay and Deer Lake First Nation to speak with municipal and Indigenous leaders, support workers, students and their families. One family knew their daughter, an aspiring hockey player, would have better access to teams and coaches in the city, but they decided she wouldn't be safe. Another family's daughter is returning for a second year at a Thunder Bay high school and the opportunities — and risks — the city offers. This is what people are saying about the problems Indigenous students are encountering in Thunder Bay:

A small and remote community of about 1,000 people, Deer Lake First Nation is a two hour flight from Thunder Bay. Like many remote northern Ontario communities, it struggles with issues of isolation and poverty, and how to create opportunities for young people.

Any students beyond Grade Nine must leave Deer Lake if they want a secondary-school education, because there's no local high school. They have to make their way to larger schools in centres like Thunder Bay.

Wayne and Annie Aysanabee, and their daughter Serena, live in Deer Lake First Nation. Serena is 16 years old and went back to Thunder Bay for a second year of high school this semester.

Serena's return to Thunder Bay was a tough choice for the family. Nine Indigenous young people have been found dead since 2000 in Thunder Bay's waterways, and the cause of several of those deaths is still under investigation. Two bodies were found as recently as last spring.

Wayne and Annie are concerned for their daughter's safety and tried to place her in other towns closer to home, but the schools were full. 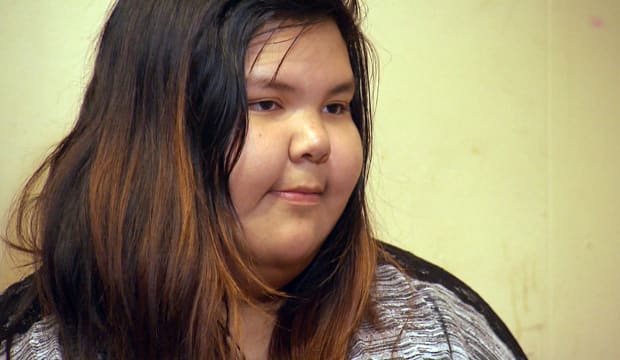 3 years agoVideo
1:57
<font color="white">CBC 's Rosemary Barton speaks with Serena Aysanabee, a young Indigenous girl, about her fear of returning to Thunder Bay for her second year of high school</font> 1:57

Serena is also afraid when she talks about being in Thunder Bay for her second year of high school. Though a good student, she worries that "it's gonna be me next that ends up in the river."

Speaking with CBC's Rosemary Barton in this video, Serena also talks about a hurtful incident she experienced while living in Thunder Bay.

Barton spoke with Annie and Wayne about their concerns for their daughter's safety in the city. Wayne revealed he attended residential school as a child and was mistreated, although he is reluctant to share details.

The history of the residential school system is a sad reference point for many Indigenous parents, particularly those who must still send their children away from home to get an education.

Jeremy and his daughter Janelle Sawanis, another student from Deer Lake, rest after a day of hunting and searching for moose tracks. Janelle is in her first year of high school and has a promising future in hockey. While there were more opportunities in Thunder Bay to pursue the sport, Janelle's parents decided against sending her there.

Jeremy recalls his experiences with racism as a young student attending college in Thunder Bay. "They threw eggs at me, and said a bunch of racial slurs. I thought it would change, but that was like 17 years ago."

The number of First Nations youths dying in Thunder Bay, and the mystery surrounding some of those deaths, made the family realize it was a risk they would not take. Instead, Janelle is going to school in Sioux Lookout.

"Our kids' gymnasium should not be a funeral home," said Nishnawbe Aski Nation Grand Chief Alvin Fiddler, while attending a crisis meeting last summer of regional First Nations Chiefs that was called to address the deaths in Thunder Bay.

Fiddler told CBC News that, "I just remember sitting there and thinking, this isn't right … that we're burying children."

Problems in the city 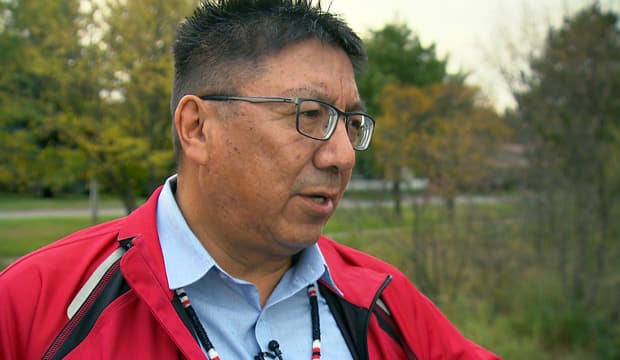 3 years agoVideo
1:39
<font color="white">Grand Chief Alvin Fiddler talks about his own experiences as a child going to school in Thunder Bay</font> 1:39

Grand Chief Fiddler believes the degree of racism in Thunder Bay is extreme, and says a big step towards a solution would be for the city and the police to acknowledge it.

Fiddler concedes there are areas where First Nations leadership should be doing better, but also asks what the city of Thunder Bay and government of Canada are doing to address this issue.

Thunder Bay Mayor Keith Hobbs describes the deaths of young Indigenous people in the city's rivers as a horrible blow to the community. "It was heart wrenching."

Mayor Hobbs believes the city's relationship with First Nations people is a national narrative that is playing out in Thunder Bay. He admits there is no doubt an element of racism in the city, but adds that the same racism exists in many other communities.

"We've seen it in Toronto, we've seen the Black Lives Matter movement, why do you have a movement like that? So I think people should get their own houses in order before they point fingers at Thunder Bay.  I think we all have the issue to deal with."

Nothing can replace parents

Rob Kakegamic is an education coordinator for an organization that provides services for Indigenous high school students in Thunder Bay.

He believes nothing will replace parents in terms of monitoring their children, and said he can only imagine how difficult it is for parents in far-away communities to have to send their children to live and go to school in Thunder Bay.

"What we'll do is the best we can and provide as many services and support as we can. In the last two to three years the activities after hours, and students getting involved in areas they shouldn't, it's drastically decreased." 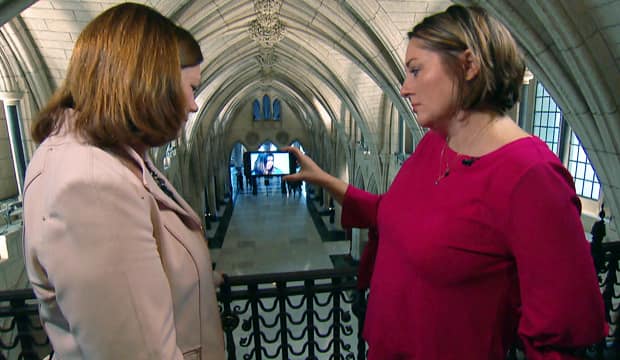 CBC News showed Federal Minister of Indigenous Services Jane Philpott the recording of the interview where 16-year-old Serena Aysanabee expressed fear for her safety while attending school in Thunder Bay.

"It's a heartbreaking story and conversation that you had with her," Philpott said. "And she's obviously feeling highly vulnerable in the circumstances that she was put in."

Philpott suggests that in some cases attending school in a big city is the right decision in terms of giving students the best educational opportunities possible. However, she adds that there should also be opportunities for people to stay in their community, particularly when there is new technology available for distance education.

As for solutions over the longer term, Philpott says the federal government is working toward First Nations running their own school systems for their families.

Philpott points to the recent launch of a Manitoba First Nations school system, where 10 schools pooled their resources. They will write their own curriculum and do the professional development for teachers.

"The hope and energy that inspired was exciting." 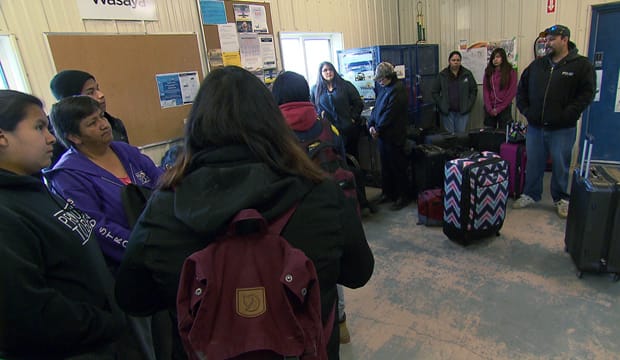 3 years agoVideo
2:17
<font color="white">Students from Deer Lake First Nations gather at the small reserve airport to head back to school in the south</font> 2:17

The kids from Deer Lake First Nations have been home for a  week, spending time with their families, but it's time to leave again. In the small reserve airport, students gather for the flight back to southern Ontario schools.

It's a difficult time. Parents and children say goodbye, and a local elder offers blessings spoken in the Oji-Cree language for their safe return to Deer Lake.

Dave Rae is a video producer, Carmen Merrifield is a producer and Rosemary Barton is a host with CBC's The National.