Apple often overestimates the cost of repairs to its products and threatens third-party shops who are willing to fix them for a fraction of the price.

Apple often overestimates the cost of repairs to its products and threatens third-party shops who are willing to fix them for a fraction of the price, a CBC News investigation has learned.

Customers who enter an Apple Store with a seemingly minor hardware problem, such as a flickering screen, are often faced with a large bill because they are told they need to replace major parts of the device.

Apple only allows its devices to be repaired by Apple Store technicians or "authorized" service centres in order for them to remain within warranty.

Jason Koebler, who regularly covers Apple as the editor-in-chief of VICE Media's technology and science news site Motherboard, said this is a common problem.

"I've broken my MacBook before and taken it to Apple and they wanted $700 to fix the screen. I ended up doing it myself for $50. This happens all the time," he said.

"There are many third-party people out there who can fix things that Apple won't do because it's not profitable to do it at scale, or Apple would rather replace it altogether. There are a lot of reasons why people wouldn't want to become authorized and work, essentially, for Apple, when they can work for themselves."

Apple declined to be interviewed for this story, but denied that there is a pattern of overcharging customers for repairs.

CBC News used a hidden camera to verify reports that Apple customers are often told their malfunctioning computers are not worth fixing, even when minor repairs could remedy the problem. 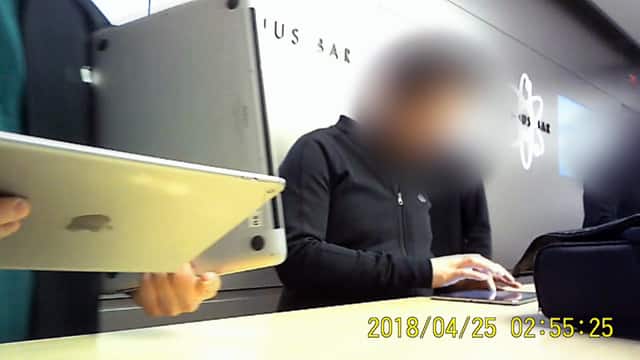 2 years ago
1:54
A CBC News hidden camera investigation at an Apple Store in Toronto shows basic repairs can often be priced at a higher cost than they would be at an independent repair outlet. 1:54

When presented with a MacBook Pro laptop that had a common issue where the screen was not displaying properly, an employee at the Apple Store responded by saying the device would need significant repairs at a cost of more than $1,200.

When asked if there was another reason for the damage to the computer or a cheaper alternative for the repair, the Apple Store employee said there wasn't.

"That cost is very close to the cost of buying a new computer," the employee said. "In terms of fixing it in-store? No."

Louis Rossmann owns a small computer repair store on First Avenue in Manhattan, the kind classified by Apple as "unauthorized."

Rossmann started fixing computers as a hobby in college and now draws millions of viewers on YouTube videos teaching people how to repair computers and phones.

When presented with the computer the Apple Store in Toronto said would cost more than $1,200 to fix, Rossmann identified a pin that should have been connected to the laptop's back-light that was not making contact. 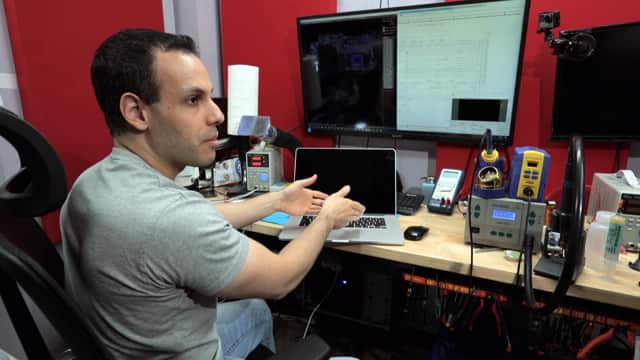 2 years ago
3:07
Louis Rossmann, the owner of a repair shop in New York City who teaches millions to fix Apple products on YouTube, repairs a MacBook Pro at a much lower cost than an Apple Store in Toronto estimated. 3:07

After adjusting the pin, the issue appeared to be resolved – something Rossmann said should not equate to a cost of $1,200.

"If somebody wanted me to just bend the pin back, I wouldn't charge them for that," he said, adding that he would ask his customers for between $75 to $150 if they wanted to replace the pin entirely.

"Ninety-nine per cent of the time, just bending the pin back, it'll allow it to last until the end of the life of the computer."

When asked to respond to the incident and to widespread allegations of similar corporate behaviour, the company declined to provide a spokesperson. But it issued a statement claiming their customers are best served by Apple's "certified experts using genuine parts," and denied systematically over-estimating repair costs.

Aside from unauthorized Apple repair shops, a website called iFixit offers a do-it-yourself online solution for repairs out of their warehouse in San Luis Obispo, Calif. They test devices, diagnose regularly occurring problems and develop techniques and tools to repair them.

The company has a staff of 125 and makes more than $20 million US annually by selling equipment and repair manuals online that provide solutions to the difficulties presented by companies such as Apple.

Kyle Wiens, a 34-year old Californian, co-founded the online business as a teenager 15 years ago. He is also heavily involved with the international "Right to Repair" movement, lobbying governments to change laws and make it easier for "unauthorized" repair companies to survive.

"Right to Repair is the idea that you can repair your own things, or take it to a local shop to get it fixed," he said.

"It used to be that if you bought something, you'd be able to get it fixed when you needed to, and over time we've lost that ability, whether it's a vacuum or a television or a laptop. It's increasingly more challenging to get access to the information that you need, or for local shops to get the parts."

Wiens has been fighting Apple for years, trying to get them to make life easier for those who don't want to repair their items in Apple stores or in authorized Apple repair shops.

"Apple doesn't like the Right to Repair movement very much," he said. "Apple's perspective is that they want complete control over the device from the moment that you buy it, all the way through to the end of life."

"Right to Repair takes some of that control away from them and puts it in the hands of the owner," he said.

"For a manufacturer to say, 'We're making a product and we're putting it out in the world and we're going to control every aspect of what happens after the fact,' is complete lunacy."

Tricks of the trade

Aside from creating obstacles for repair manuals and instructions, Wiens said Apple has also used physical tricks with devices to foil easy repairs.

He said they include gluing batteries into place, using its own type of screws and reprogramming its operating systems to prevent unauthorized replacement of home buttons from working on its iPhones.

"They want to make the devices harder for normal people to open with the tools that they already have lying around," he said.

"This stems from a mentality that they're the centre of the universe and nobody else is doing anything with their products."

Apple insists that its products are best serviced by its own staff, but has taken legal action against third-party repair businesses, threatening both Rossmann and iFixit when they published schematics or repair manual information online.

"Because Apple writes the manual, they own the copyright to it, so if you post that manual online, they'll send you a legal takedown threat," Wiens said, adding they can amount to upwards of $150,000 in damages per incident.

"Those legal threats have really put a damper on repair information online."

Apple also makes use of government institutions to help them fight the battle, often getting the company's spare parts seized as they are being shipped into the country from countries like China, Koebler said.

"Apple works with the Department of Homeland Security and Immigration and Customs Enforcement to enforce its copyright and trademarks," he said.

"There was a case a few years ago in Florida where DHS raided a third-party repair shop and confiscated hundreds of iPhone screens and arrested the person."

Some U.S. state governments have looked at taking action on the issue, with 17 of them introducing legislation that would force Apple and other companies to provide schematics, repair manuals and spare parts to third-party repair businesses.

One of the latest to do this is New York state, where the sponsors of the law believe it would be fairer to consumers and good for the economy.

"You'll see the growth of a cottage industry of people who are into repairs who can now get diagnostic codes, can get tools to do the repairs, can get supplies," New York State Assembly Majority Leader Joe Morelle said.

"Clearly it's better for the consumer to be able to have repairs on a device that might cost $1,000."

Wiens is just waiting for one jurisdiction – anywhere – to pass such a law.

"The moment where one state passes things, the dam is going to burst," he said.

"If Ontario decided, 'We're going to pass the Right to Repair legislation,' that could actually pass Right to Repair for the world, because manufacturers aren't going to provide products differently to people in one jurisdiction. They want to simplify their operations."

Rossmann said he isn't asking for much and just wants to be left alone to do his business.

"I'd like Apple to change by acknowledging that if they're not willing to do certain jobs, maybe somebody else would," he said.

If you have had a similar experience repairing an Apple device, please send your story to investigations@cbc.ca 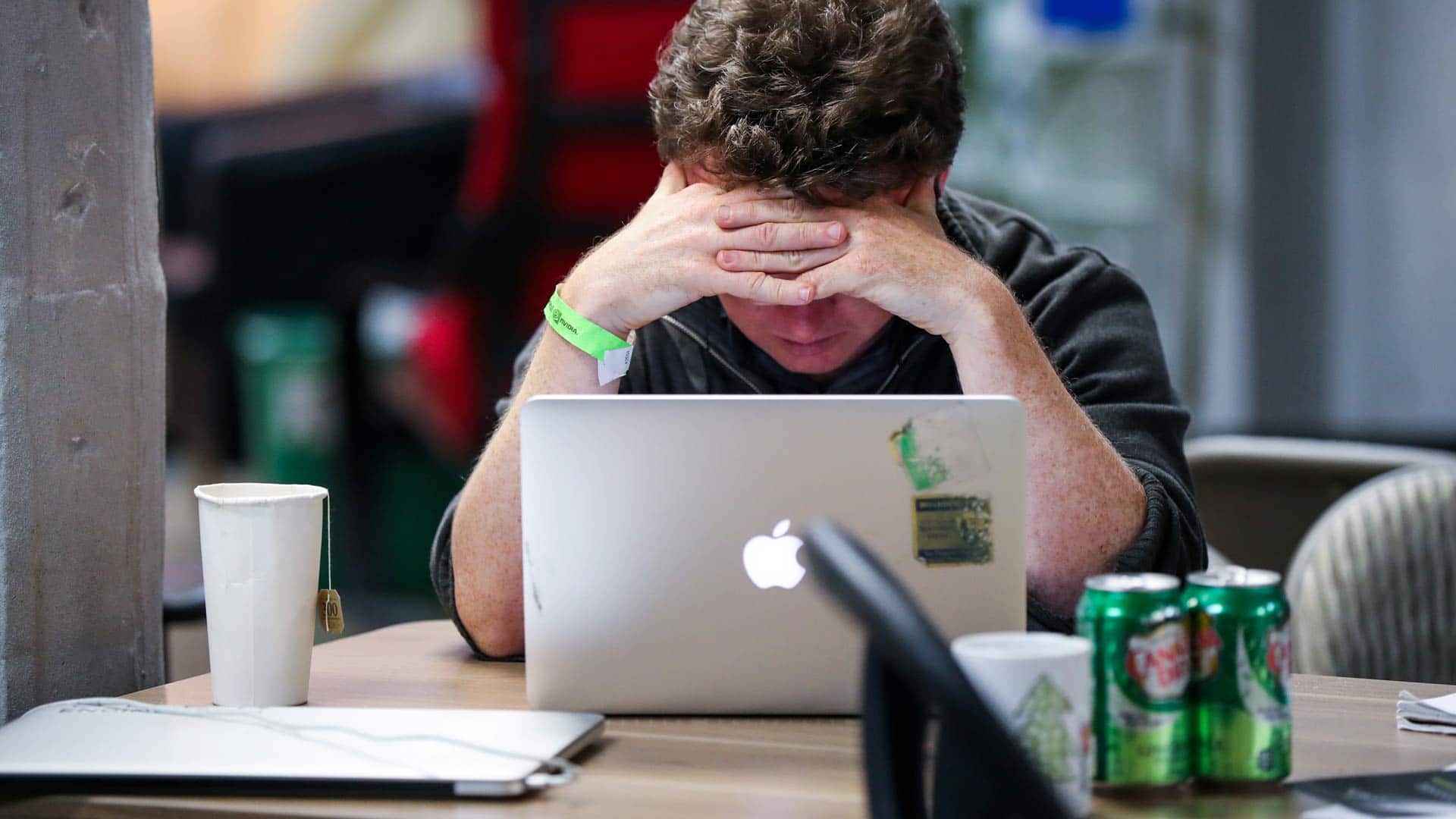 Apple under fire for allegations of controversial business practices

2 years ago
18:12
The National goes undercover to investigate some of Apple's controversial business practices including allegations of overpriced repair charges and the battery/slowdown scandal. 18:12
CBC's Journalistic Standards and Practices|About CBC News