The latest on the coronavirus outbreak for May 15

The latest on the coronavirus outbreak from CBC News for Friday, May 15.

Mixed messages, frustration with lockdowns fuel some skepticism about pandemic

Over the past few months, there have been more than 4.4 million globally confirmed cases of COVID-19 and more than 300,000 deaths connected to the disease caused by the novel coronavirus. Yet, there are some — a small minority — who contest the fact that there is a deadly, infectious disease spreading around the planet or who object to global efforts to try to minimize the spread and the casualties. Some have even taken to protesting against some of the lockdown measures.

While some parallels can be drawn between doubts about the current pandemic and the questioning of anthropogenic climate change or the efficacy of vaccinations, one large difference is that the science around the pandemic is still emerging, said Timothy Caulfied, a Canada Research Chair in health and law policy at the University of Alberta in Edmonton. "It is different in that here, we have science that is still in flux," he said. "You have public health agencies that are trying to do their best with science that is still emerging." And when officials offer differing advice, as happened when public health and government representatives initially said masks didn't need to be worn by the general public and then later suggested it might not hurt to don them in public, it could erode trust in government, Caulfield said.

Risa Horowitz, a visual and media artist and associate professor in visual arts at the University of Regina, said the mixed messages are coming from all sides, not just the government. First, Horowitz said, the public was advised to keep N95 masks for front-line workers and only wear masks if they were ill or caring for someone who was sick. Then the message shifted to the U.S. Centers for Disease Control and Prevention (CDC) and other public health agencies recommending cloth face coverings for everyone out in public. Health Canada currently advises that homemade face coverings have not been proven to protect against the virus but can be an additional measure to prevent one's respiratory droplets from spreading to others. The World Health Organization clarified last month that medical masks should be reserved for health-care workers. "This is dizzying, and it leads not only to frustration but also to mistrust," said Horowitz.

Caulfield said while there is trust in science generally, some people may be using the uncertainty in some aspects of the research to support their position as their frustration mounts. There's another reason why some people might believe unproven theories about the origins or spread of the virus, writes CBC's Nicole Mortillaro. It relates to something psychologists call cognitive sophistication — or the ability to think rationally about an issue, said Gordon Pennycook, a psychologist and assistant professor at the University of Regina. "It's not a basis of intelligence," Pennycook said of the term. "There are just some people who are just better at figuring out what's true or false." There are many factors that come into play when discussing cognitive sophistication: how receptive you are to information presented to you; whether or not you question your intuition; how well you understand probabilities and how knowledgeable you are about some of the underlying scientific principles. It's those tools that help make people distrustful of theories that seem to fly in the face of common sense or that have been debunked by scientists.

Numeracy and how people process numbers, which is not always rationally, also factor into how facts about the pandemic are interpreted. For example, in 2004, an earthquake and subsequent tsunami in Indonesia claimed more than 200,000 lives. It was covered worldwide and elicited heartfelt responses and assistance from governments and people around the globe. The global death toll from the pandemic has surpassed 300,000 but may not hit a nerve in the same manner among those not directly impacted. "If this was a natural disaster you would be completely distraught," Pennycook said. Numbers also come into play in a different way, he said. For example, if there are predictions that millions of people are going to die from COVID-19 and instead it turns out to be hundreds of thousands, some people might reframe that to mean the virus is not as serious as we initially thought when in fact it still poses a significant risk. 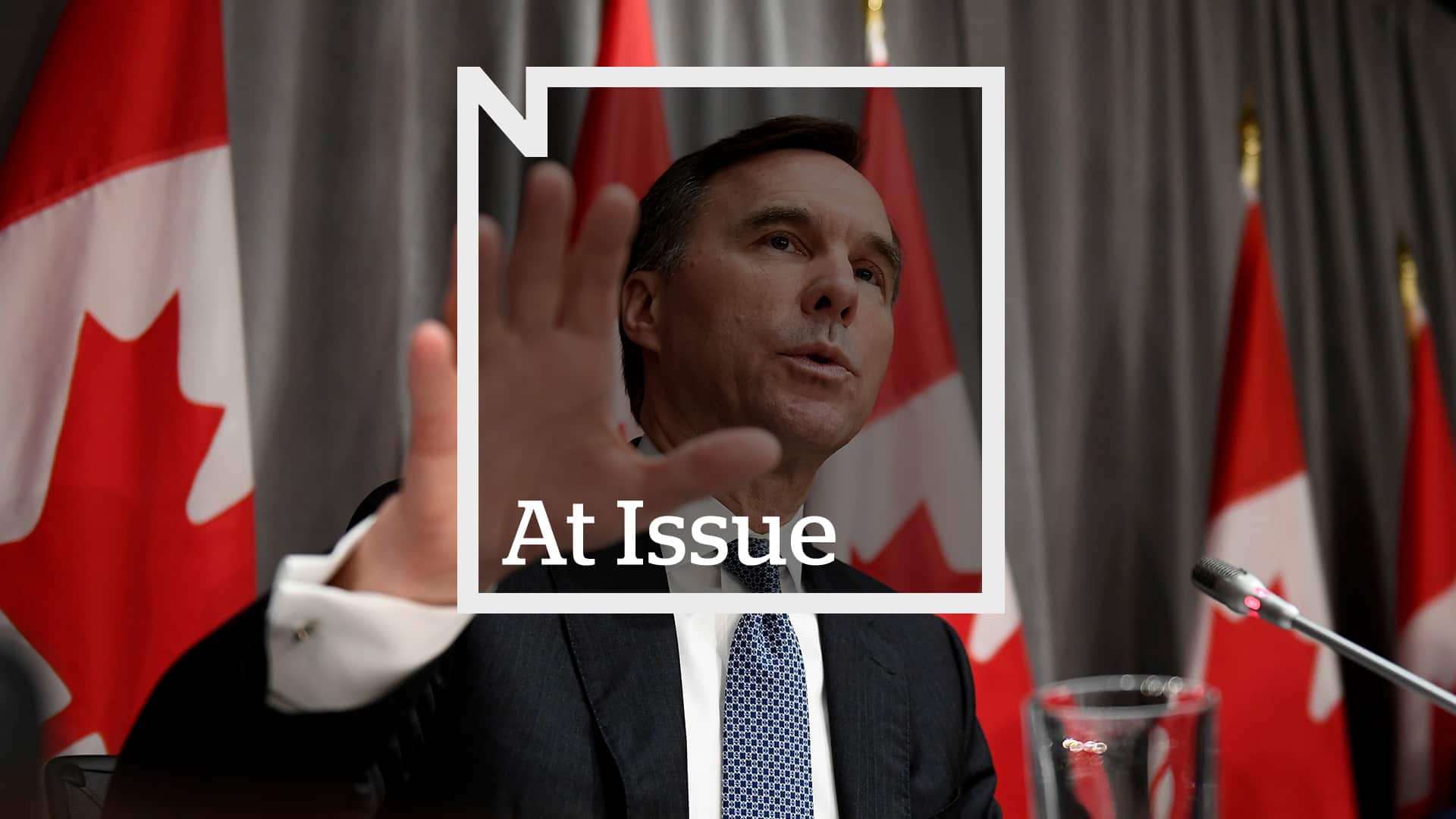 The politics of pandemic spending | At Issue

10 months ago
15:20
The At Issue panel discusses the political and economic costs of the federal government’s response to the COVID-19 crisis and the calls for more fiscal transparency. Plus in this extended edition, the panellists look at the concerns about fraudulent CERB claims. 15:20

Five Canadian soldiers have been infected with the novel coronavirus while serving in Quebec and Ontario nursing homes — four in Quebec and one in Ontario — the Department of National Defence confirmed. "There are always risks in what they do and they go into that knowingly and willingly, and that is why we offer them our deepest gratitude every day," Prime Minister Justin Trudeau said.

One of the soldiers was performing duties at the Villa Val des Arbres in Laval, a suburb of Montreal, said a former soldier and veteran's advocate who has been tracking the military's pandemic deployment. That infected soldier, who has not been identified, was part of a team of military members who arrived at the seniors home on April 20 in response to an urgent request for assistance from the Quebec government, said Sylvain Chartrand of Canadian Veterans Advocacy. After the soldier tested positive for the novel coronavirus, the entire team was removed from the home. It's not clear whether they were told to isolate themselves.

A second case is said to be a military dentist who also took up duties in one of the long-term care centres. National Defence did not provide details about the other three confirmed cases. "The safety of the soldiers is a concern to the veterans community and me personally," Chartrand said. "We must absolutely must make sure that all treatment benefits within the military are available but, more importantly, that Veterans Affairs Canada provides treatment compensation for any foreseeable consequences of this virus."

Read more about the Canadian soldiers

B.C. Premier John Horgan said some children will start to return to classrooms on a part-time, voluntary basis beginning June 1. The gradual reopening will apply to all students from kindergarten to Grade 12, and schools will have to abide by rigorous cleaning procedures and follow provincial health guidelines, he said. "These steps will pave the way for a full start back in September," Horgan said.

All school boards and independent schools will have to submit their operational plans to the Ministry of Education before they reopen. Online learning will continue for students who choose to stay home. Fleming and Horgan touted the success of the online learning model made available since schools closed on March 17. Provincial Health Officer Dr. Bonnie Henry said the focus will be on self-monitoring for symptoms rather than testing. Henry said there is a comprehensive plan to support students and staff who fall ill. The gradual reopening will give graduating students an opportunity to reconnect with their classmates and teachers before saying goodbye and moving on to the next phase of their lives. "We will get through this by all of us doing our part," she said.

Read more about the situation in B.C.

The government's emergency wage-subsidy program will be extended to the end of August to help employers keep their workers on the payroll during the pandemic, Prime Minister Justin Trudeau said today. "You have some runway to catch your breath as you get restarted," Trudeau said. "So please, bring back your workers."

The program — which covers 75 per cent of an eligible company's payroll, up to a maximum of $847 per week per employee — originally was set to expire next month. Companies that saw their revenues drop by 15 per cent in March or 30 per cent in April and May are eligible for the program — but Trudeau hinted changes could be coming to that threshold. "As businesses start up again, this shouldn't become a barrier to growth," he said. Trudeau and other members of his cabinet have been promoting the wage subsidy as a way to keep Canadians employed instead of leaving them to draw on the $2,000-per-month Canada emergency response benefit.

The extension comes as some businesses prepare to gradually reopen. During a separate briefing, Finance Minister Bill Morneau said the program will now be available to registered journalism organizations, registered amateur athletic associations, Indigenous government-owned corporations and non-public colleges and schools, including arts, driving, language and flight schools. The government will consult businesses and labour representatives over the next month about other possible adjustments to the program to promote jobs and growth, said Morneau.

What's the best way to wear a mask?

CBC News readers, viewers and listeners have sent in countless questions about the COVID-19 pandemic, including this one. If you have a question of your own, reach out at covid@cbc.ca.

As for the issue at hand: The face mask has become one of the most recognizable symbols of the pandemic. But many Canadians tell us they're alarmed by the mask faux pas of others.

Dr. Colin Furness, an infection control epidemiologist and assistant professor at the University of Toronto, said wearing a mask can be dangerous if worn incorrectly or if people have incorrect expectations.

Here are some mask basics for those who may be afraid to ask:

An upcoming digital art exhibit featuring the work of Vincent van Gogh is planning to open next month in Toronto, but you'll need a car to get in. The large-scale exhibition, which was initially supposed to begin May 1 but couldn't open as a result of the pandemic, will temporarily operate as a drive-in starting June 18 to adhere to current COVID-19 physical distancing and health guidelines.

The exhibit's producers said after a year of working on the original plan and purchasing the rights to more than 400 pieces from different museums, they didn't want to give up on the project — especially when people might be craving options for arts and culture. "We just had to pivot," said co-producer Svetlana Dvoretsky. "People have to see the light at the end of the tunnel and also the light during this situation."

Art lovers will drive into the 4,000-square-foot downtown industrial space and will stay inside their vehicles. The exhibit includes some of the Dutch painter's most well-known masterpieces, including Starry Night, Sunflowers and many self-portraits. The drive-in will allow 14 vehicles per time slot. Visitors will park, turn off their engines and watch a 35-minute show while remaining inside their cars. "It will be almost as if the car is floating through the paintings," said co-producer Corey Ross.

Read the full story about the drive-in art exhibit

​​Send us your questions