The latest on the coronavirus outbreak for August 3

The latest on the coronavirus outbreak from CBC News.

Researchers say conspiracy theories about COVID-19 are spreading at an alarming rate across the country — and they warn misinformation shared online may lead to devastating consequences and push Canadians to shun important safety measures. "I think that people should be enormously concerned," said Aengus Bridgman, a PhD candidate in political science at McGill University and co-author of a study published last month on COVID-19 misinformation and its impact on public health.

The study found the more a person relies on social media to learn about COVID-19, the more likely they are to be exposed to misinformation and to believe it — and also to disregard physical distancing and other public health guidelines. About 16 per cent of Canadians use social media as their primary source of information on the virus, Bridgman said in a recent interview. His research team surveyed nearly 2,500 people and examined 620,000 English-language Twitter accounts, but Bridgman said COVID-19 misinformation also spreads on other social media platforms, including Facebook, YouTube, Reddit, Instagram and Tumblr.

Bridgman said the speed at which these conspiracy theories circulate online makes it difficult to verify where they originate. While some right-wing groups in Canada are pushing these falsehoods, Bridgman said people across the political spectrum are vulnerable to them. "This is a Canadian challenge," he said. "People across levels of education, across age groupings, across political ideas, all are susceptible to misinformation online. This is not a phenomenon that is unique to a particular community."

Governments have had to adapt their public health directives to keep up with rapidly evolving science about the virus. Public uncertainty around the scientific process, combined with mounting frustrations with lockdown measures and a struggling economy has created a perfect storm in which conspiracy theories can flourish, said Alison Meek, a history professor at Western University. "All of those things are coming together right now to make these conspiracy theories a real public health crisis that's getting more and more difficult to deal with," she said.

Meek said conspiracy theories need to be countered with facts and evidence, adding that people should be encouraged to think critically about where they are getting their information. Both she and Bridgman lauded social media companies such as Twitter and Facebook for removing videos and other posts that spread misinformation about COVID-19 — but the academics agreed more needs to be done. "People are dying because of these conspiracy theories and we've got to stop them," Meek said. "We've got to somehow figure out how to challenge them. 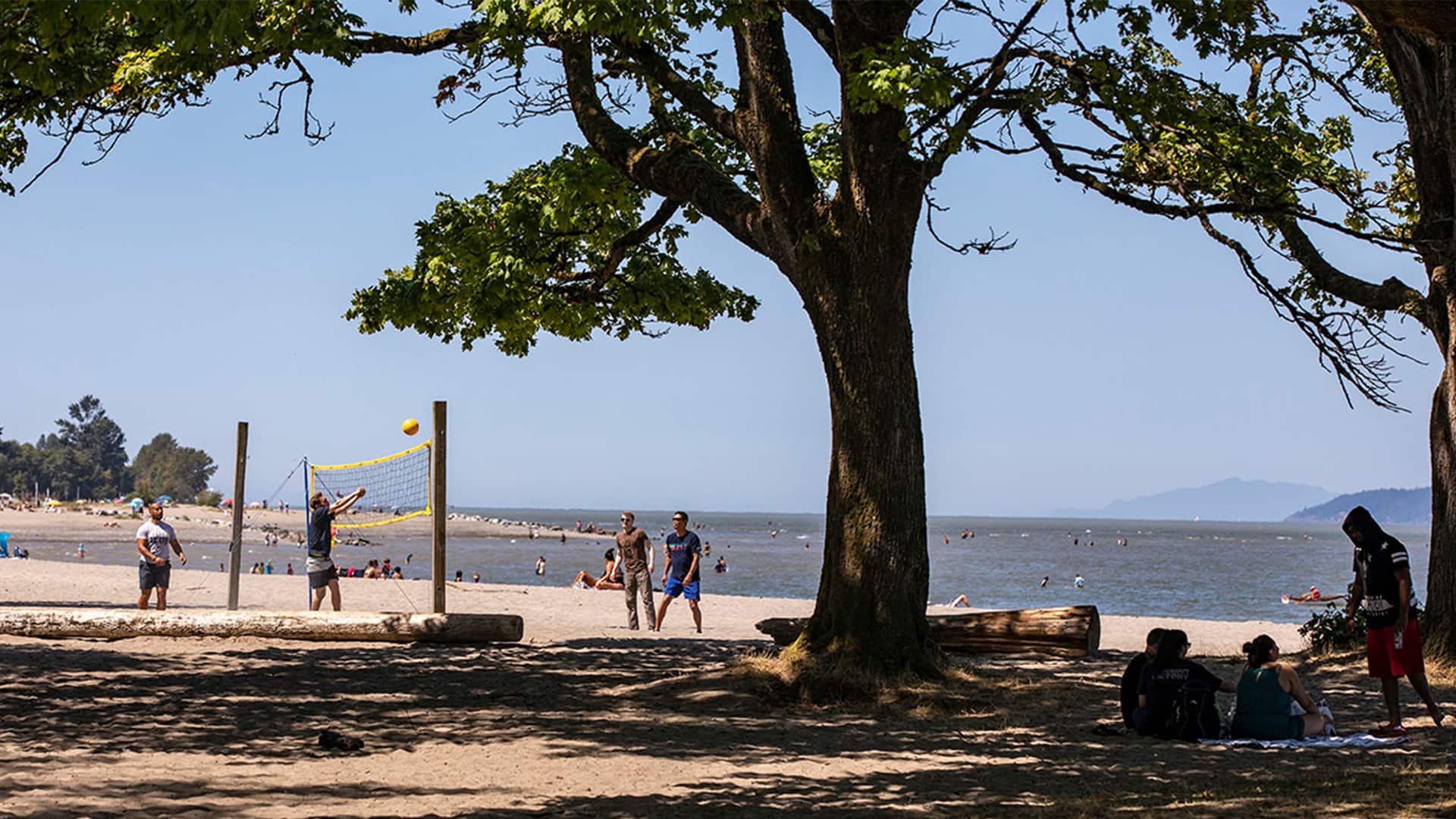 3 months ago
2:05
Canadian health officials continue to warn people not to be overconfident about Canada's success in containing COVID-19, especially on holiday long weekends. 2:05

When a COVID-19 vaccine arrives, which Canadians will get it first?

When the first COVID-19 vaccines become available, there won't be enough for everyone who wants it, both nationally and internationally. U.S. and European experts say under an optimistic scenario, the first of those vaccines could complete testing and get approval for distribution next year. But then, a factory would have to produce them under the safety and quality standards required for something that's going to be injected into human bodies — something it can only do at a limited rate, say experts such as Dr. Joel Lexchin, a professor emeritus at York University and an emergency physician in Toronto who has studied and written about pharmaceutical policy.

When supplies are limited, countries will need to find a way to get the "maximum benefit for whatever minimal supply we have," says Dr. Noni MacDonald, a professor of pediatrics and infectious diseases at Dalhousie University and IWK Hospital in Halifax who has studied ethical issues related to vaccines. "That's what you have to do." In Canada, that evaluation, based on evidence, is done by the National Advisory Committee on Immunization (NACI), which it says is guided by the goals of Canada's pandemic response:

Worldwide, front-line health-care workers who care for COVID-19 patients are expected to get the highest priority for access to vaccines, as they are at high risk of being exposed to the virus and are crucial for minimizing harms such as serious illness and deaths. Beyond that, decisions get more complicated, but in general, countries are expected to target populations that are at very high or highest risk of severe disease and death, said Prof. Ruth Faden, founder of the Berman Institute of Bioethics at Johns Hopkins University in Baltimore. For now, NACI is recommending which groups be targeted for clinical trials.

Norwegian cruise line Hurtigruten is halting all of its so-called expedition cruises until further notice following an outbreak of the novel coronavirus on one of its vessels last week, the company said on Monday. At least 40 passengers and crew from the MS Roald Amundsen cruise liner have so far tested positive for the coronavirus, with hundreds more awaiting test results, public health officials said on Sunday.

"A preliminary evaluation shows a breakdown in several of our internal procedures," chief executive Daniel Skjeldam said in a statement. "Our own failure, as well as the recent rise in infections internationally, has led us to halt all expedition cruises in Norwegian and international waters." Four crew members on the MS Roald Amundsen were hospitalized on Friday when the ship arrived at the port of Tromso, and were later diagnosed with the respiratory illness. Tests showed another 32 of the 158 staff were also infected. Among the infected crew, 32 were from the Philippines while the rest were of Norwegian, French and German nationality.

While foreign crew members were tested for the coronavirus before leaving their home countries, they were not tested in Norway and did not quarantine before starting work on the ship, the company said. So far, four of the combined 387 passengers travelling on the ship on two separate cruises since July 17 have been found to carry the virus, the Norwegian Institute of Public Health (FHI) and the Tromso municipality said. The MS Roald Amundsen had been scheduled to sail around the British Isles in September, docking at ports in England and Scotland.

Read more about the cruise line

When will the Canada-U.S. border reopen?

It came as no surprise to many people when the federal government announced last month that the Canada-U.S. land border — which closed on March 21 to non-essential traffic — would remain shut until at least Aug. 21. Canadians can still fly to the U.S., but that rule isn't reciprocal: Canada prohibits U.S. visitors from entering via all modes of transport. Canada and the U.S. review their border closure agreement every 30 days.

Several experts in different fields have told CBC News that they predict the border won't reopen until sometime next year. The main reason: COVID-19 cases are still surging in several U.S. states. "It doesn't seem to be getting any better in the U.S.," said U.S. immigration lawyer Len Saunders, whose office sits close to the Canadian border in Blaine, Wash. He believes the border could stay closed for another six months. "There's really no reason why the Canadian government, at this point, would want to open it up and subject Canadians to an increased rate of COVID infections."

Many Canadians have also made it clear that they want the border to stay shut for now. When Leger Marketing asked 1,500 Canadians last month if they thought the Canada-U.S. border should reopen at the end of July, 86 per cent of respondents said they were opposed to the idea. "As long as Canadians don't feel safe, then why force open that border when there's no strong political logic to doing it?" said economist Moshe Lander, a professor at Concordia University in Montreal. He predicts a possible border reopening in middle to late 2021 — if there's enough confidence at that point that the virus is under control.

Read more about the Canada-U.S. border

Studies of COVID-19 patients keep uncovering new complications associated with the disease, and with mounting evidence that some COVID-19 survivors face months or possibly years of debilitating complications, health-care experts are beginning to study possible long-term costs. Some countries hit hard by the novel coronavirus — including the United States, Britain and Italy — are considering whether these long-term effects can be considered a "post-COVID syndrome," according to Reuters interviews with about a dozen doctors and health economists.

Some U.S. and Italian hospitals have created centres devoted to the care of these patients and are standardizing followup measures. Britain's Department of Health and the U.S. national Centers for Disease Control and Prevention are each leading national studies of COVID-19's long-term impacts. An international panel of doctors will suggest standards for mid- and long-term care of recovered patients to the World Health Organization (WHO) this month. More than 18 million people have been infected by the coronavirus worldwide, about a quarter of them in the United States.

Dr. Marco Rizzi in Bergamo, Italy, an early epicentre of the pandemic, said the Giovanni XXIII Hospital has seen close to 600 COVID-19 patients for followup. About 30 per cent have lung issues, 10 per cent have neurological problems, 10 per cent have heart issues and about nine per cent have lingering motor skill problems. He co-chairs the WHO panel that will recommend long-term followup for patients. "On a global level, nobody knows how many will still need checks and treatment in three months, six months, a year," Rizzi said, adding that even those with mild COVID-19 "may have consequences in the future."

This Nunavut interpreter is keeping Inuktut speakers safe through COVID-19

Nunavummiut have gotten used to hearing from their health minister and chief public health officer since pandemic precautions were put into place. But there's one other face, and voice, many residents are relying on for the information they need to stay safe during COVID-19: Ooleepika Ikkidluak, the interpreter translator for Nunavut's cabinet.

Because Health Minister George Hickes and Chief Public Health Officer Dr. Michael Patterson don't speak Inuktut, Ikkidluak has become a kind of lifeline for unilingual Inuit and Nunavummiut who speak Inuktut as their first language across the territory. "I take it very seriously. It has some life and death implications," said Ikkidluak, who has filled this role at the Legislative Assembly of Nunavut in Iqaluit for 15 years. "Inuit need to understand how serious COVID-19 is. I'm glad I can help in getting the message across."

Usually, she works behind the scenes, translating documents, and doing simultaneous interpretation for cabinet meetings. Since the territorial government began holding regular news conferences to update the public on its response to the COVID-19 pandemic, she's been seen on TV a lot lately, sitting next to government officials. Many watchers are reaching out online to thank her for helping their elder parents to get the information they need from officials. "It's been rewarding," she said. "I've had a lot of feedback [from viewers], thanking me for making them understand exactly what they need to do to protect themselves."

​​Send us your questions