'Feathering' system kicked in at inappropriate speed without being commanded, NTSB says 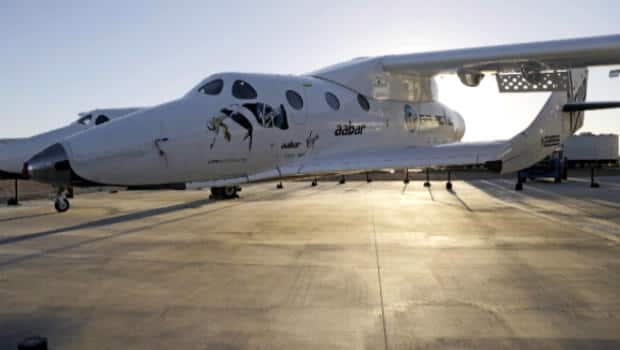 6 years ago
1:17
U.S. transportation safety agency updates media on the status of the investigation 1:17

The cause of Friday's crash of Virgin Galactic's SpaceShipTwo has not been determined, but investigators found the "feathering" system — which rotates the twin tail "feathers" to create drag — was activated before the craft reached the appropriate speed, National Transportation Safety Board Acting Chairman Christopher Hart said.

The system requires a two-step process to deploy. The co-pilot unlocked the system, but Hart said the second step occurred "without being commanded."

"What we know is that after it was unlocked, the feathers moved into the deploy position, and two seconds later we saw disintegration," Hart said.

The finding moves away from initial speculation that an explosion brought down the craft but still doesn't fully explain why the disaster occurred.

The investigation is months from being completed, and officials are looking possible factors including pilot error, mechanical failure, design and whether pressure existed to continue testing, Hart said.

"We are not edging toward anything, we're not ruling anything out," he said. "We are looking at all these issues to determine the root cause of this accident."

The co-pilot, Michael Alsbury, 39, was killed, while pilot Peter Siebold, 43, parachuted to the ground and is receiving treatment at a hospital for serious injuries.

Investigators have not interviewed the pilot because of his medical condition, Hart said.

Virgin Galactic — owned by billionaire Richard Branson's Virgin Group and Aabar Investments PJS of Abu Dhabi — plans to fly passengers more than 100 kilometres above Earth. The company sells seats on each prospective journey for $250,000 US.

Branson told Sky News on Monday that the company will move forward despite the crash. He said there would be a "whole massive series of test flights" before he and his family would fly into space, followed by the company's customers.

"We must push on. There are incredible things that can happen through mankind being able to explore space properly," he said.

Branson, who had hoped to begin commercial flights next year, dismissed British newspaper reports about a midair explosion as insulting and untrue.

SpaceShipTwo tore apart Friday about 11 seconds after it detached from the underside of its jet-powered mother ship and fired its rocket engine for the test flight. Initial speculation was that an explosion occurred, but the fuel and oxidizer tanks and rocket engine were found and showed no sign of being burned or breached, the NTSB said.

A review of footage from a camera mounted to the ceiling of the spaceship's cockpit shows the co-pilot moving the feathering lever to the unlock position, Hart said.

Virgin Galactic CEO George Whitesides issued a statement Sunday to tamp down on conjecture about the cause of the crash.

"Now is the time to focus on all those affected by this tragic accident and to work with the experts at the NTSB, to get to the bottom of what happened on that tragic day, and to learn from it so that we can move forward safely with this important mission," he said.

SpaceShipTwo has been under development for years and, like all space projects, has suffered setbacks. In 2007, an explosion killed three people on the ground and critically injured three others during a ground test in the development of a rocket engine.