Life on Venus? Recent finding hinting at life in the clouds questioned

In September, scientists announced they had found a chemical signature in the clouds of Venus that they said could be associated with life. But those results were questioned, and in a new follow-up study, the authors announced that the level of the chemical is seven times lower than they had initially reported.

In September, scientists announced they had found a chemical signature in the clouds of Venus that they said could be associated with life. However, in a new follow-up, pre-print study, the authors announced that the level of the chemical is seven times lower than they had initially reported.

In the original paper, published in the journal Nature Astronomy, the researchers claimed they had found high traces of phosphine, a toxic chemical known as PH3. On Earth, phosphine is either produced by organisms that don't require oxygen to survive, or it can be created in laboratories.

In a reanalysis of the data, which has not been peer-reviewed, the study's authors now say there may be less phosphine than initially reported, but that doesn't entirely rule out a phosphine detection. They also reported that they are detecting variations of phosphine over time.

So does that mean there's no chance of life in the clouds of Venus?

"No, not at all," said Jane Greaves, lead author of both studies and a professor at Cardiff University in the United Kingdom, in an email. "The discovery of time-variation is particularly exciting, as other things change too over time (like how much water is seen in the clouds)." 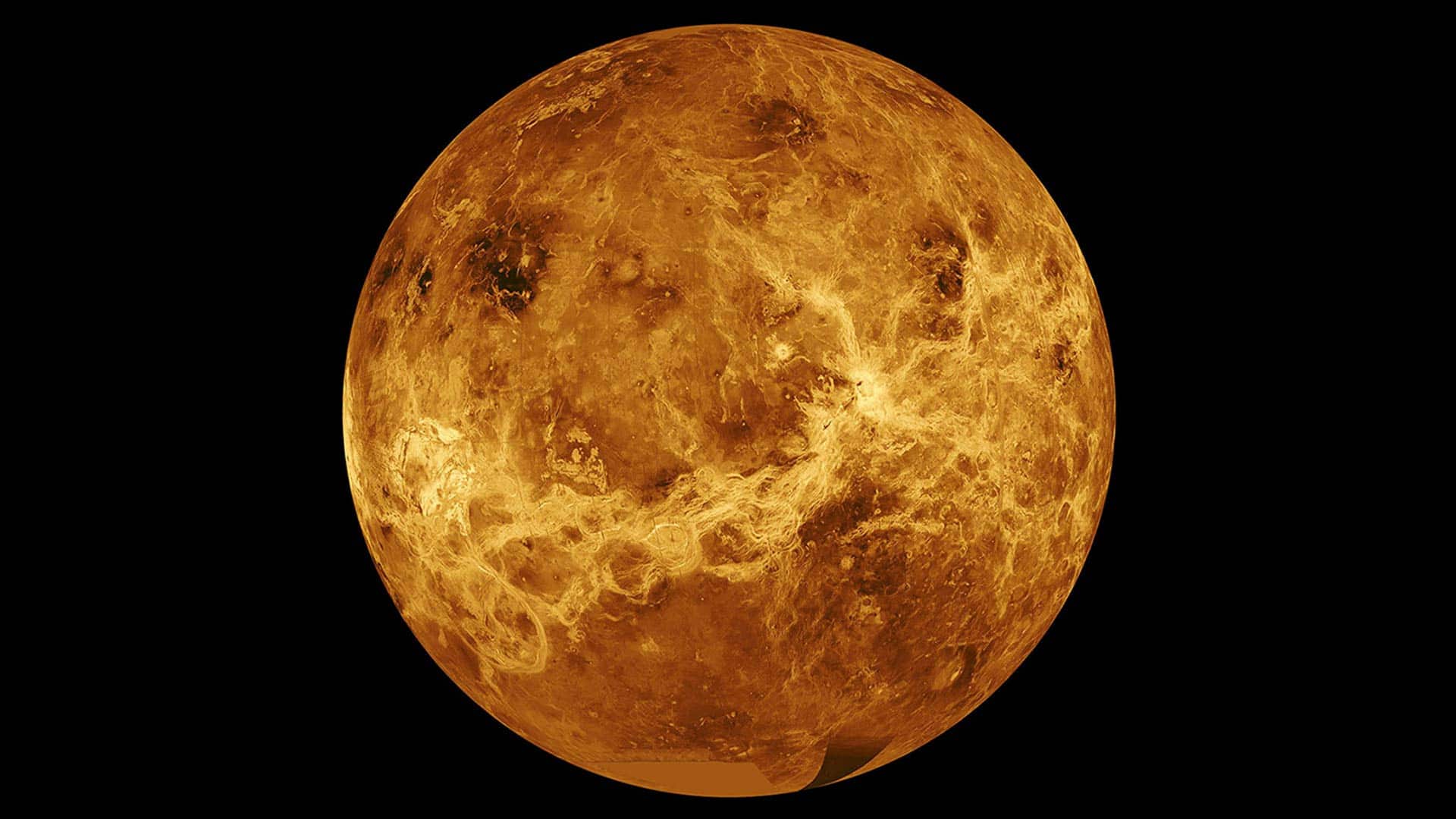 6 months ago
2:04
Scientists are excited they have found evidence that hints at signs of life in the clouds of Venus. Astronomers have detected a small amount of a chemical compound, phosphine, that doesn't exist naturally. 2:04

Venus, roughly the same size as Earth, is often called our sister planet. It's believed to have had oceans billions of years ago. But today, it's considered inhospitable to life. The cloud-covered planet is the hottest in the solar system with temperatures hot enough to melt lead and a crushing carbon dioxide environment.

Over the past few decades, some astronomers hypothesized that life could exist in a narrow region of the clouds, between 48 and 60 kilometres above the surface. That's where the phosphine was detected, which is why the study's findings were so exciting to some.

However, there has been increasing skepticism about the September study. Several papers were published in response questioning not only the conclusions that the astronomers reached, but also the data itself.

The initial observations were taken by the James Clerk Maxwell Telescope in Hawaii in 2017 and the Atacama Large Millimeter/submillimeter Array (ALMA)  in Chile in 2019. The high concentrations of phosphine detected with these telescopes, the researchers said, could not be accounted for by natural sources such as volcanoes, lightning or meteors burning up in Venus's atmosphere. The only thing left on the table, they said, was biological production.

The study's authors knew there was "noise" in the data obtained from ALMA, perhaps from Earth's own atmosphere, but said they had ruled it out.

A follow-up look at the telescopes at ALMA revealed some calibration errors that did explain some of the noise, which led other astronomers to further question the findings.

One independent study suggested that instead of phosphine, the observations might have been detecting sulphur dioxide (SO2), a gas that is abundant in the planet's atmosphere.

Another study, led by Therese Encrenaz, an astronomer at l'Observatoire Paris-Site de Meudon, looked at infrared data collected in 2015, where no phosphine was detected. The authors conclude that if phosphine does exist at all, it would be found in the upper atmosphere of Venus — above both where it was detected and that narrow region where life has been hypothesized.

Even with the reanalysis by Greaves, Encrenaz doesn't believe the phosphine is produced biologically.

"Even if phosphine was present, they had no proof at all that there is life behind it, because they have no scenario to explain how microorganisms could form," Encrenaz said. "It's just an idea because they don't know how to explain it with regular processes.… I was a bit disappointed when I read their paper, because they should not have said so."

Interactive | Click, drag and zoom to see Venus in 3D

However, in another paper published in September on the pre-print server arXiv, researchers reanalyzing data collected by the Pioneer-Venus probe from the 1970s found the "data support[s] the presence of phosphine; although, the origins of phosphine remain unknown."

David Grinspoon, a senior scientist at the Planetary Science Institute, said he welcomes the follow-up studies. Grinspoon was not involved in any of the studies but has been vocal in his support for the potential of life in the clouds of Venus.

"Whenever a new result is reported, especially one with potentially great significance, made with a difficult technique, it must be scrutinized and followed up with further observations and analysis," he said. "This is how science works."

But he doesn't rule out the possibility that life could still exist in the clouds of Venus.

"If the phosphine goes away it certainly doesn't change my view of the possibility of life there, or really rule anything out. Why would the lack of an unlikely biosignature in an environment where it was never expected or predicted rule out life in a place? The logic does not make sense," Grinspoon said. "What we know about the clouds of Venus suggests that it is a possible habitat that should be explored further."

So the jury is still out on whether or not the phosphine detection could be an indication of life, but astronomers hope that future observations — or a mission to the planet itself — could provide a better answer.

"We need new missions to Venus to directly probe the atmosphere with modern instruments," Grinspoon said. "No 21st century mission has ever directly studied the atmosphere of Venus."