The Vanhawks Valour is a connected bike that detects cars in your blind spot, helps you choose less hilly, quieter routes and communicates with other bikes if it gets stolen.

Kickstarter campaign for the Vanhawks Valour has raised $600K 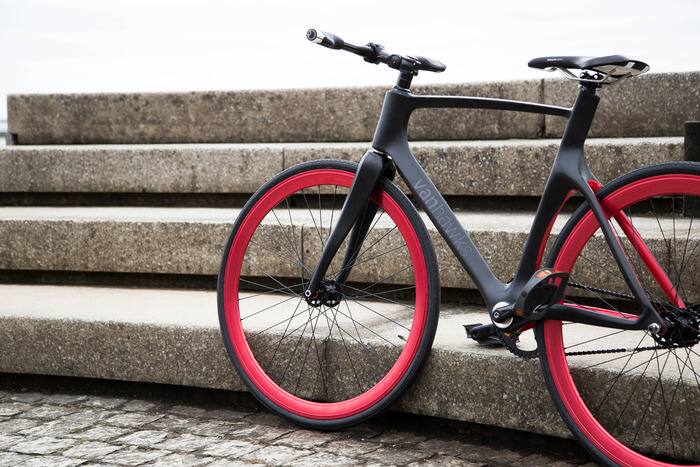 A group of Toronto entrepreneurs has invented a high-tech "bike of the future" that detects cars in your blind spot, helps you choose flatter, quieter routes and communicates with other bikes if it gets stolen.

As of Tuesday, the startup company Vanhawks had raised more than six times its $100,000 crowdfunding goal for its Valour smart bike, with four days left in the campaign.

Ali Zahid, one of the bike's creators, recently showed a prototype to Matt Galloway, host of CBC Toronto's Metro Morning.

The simply styled commuter bike has a carbon-fibre frame and straight handlebars that vibrate to indicate to a rider when there is a car in its blind spot. It navigates by connecting to a user's smartphone and flashing LED lights to indicate when and which way a rider should turn.

"Every pothole that you travel, every bad road that you take, it detects that through a gyroscope and magnometer," Zahid added in an interview Tuesday. "So over time it can give you better route suggestions."

The bike can also learn to avoid traffic and hills.

Because it  can communicate to other Vanhawks bikes, it can tap into suggestions from safe routes from other riders and notify nearby bikes of its location.

"If my bike got stolen and you were riding [past] my stolen bike, I will get a notification right away that that was the last known location of the bike," Zahid said.

But Galloway, a regular commuter cyclist, questioned why anyone would want a bike with high-tech navigation and blind spot detection.

Zahid said the bike is not targeted at seasoned cyclists like him.

"Newer people, they're afraid of getting on a busy road," he added. "This is an aid to get more people on the road to start riding every day to work."