U.S. astronauts Bob Behnken and Doug Hurley, who were the first to ride a commercial spacecraft to the International Space Station and the first to make a splashdown landing in 45 years, shared their experiences with the media Tuesday afternoon.

Two U.S. astronauts who were the first to ride a commercial spacecraft to the International Space Station (ISS) and the first to make a splashdown landing in 45 years, shared their experiences with the media.

Bob Behnken and Doug Hurley blasted off to the International Space Station on May 30 aboard a SpaceX Falcon rocket. Their Crew Dragon capsule docked with the station on May 31.

The flight was a historic one for NASA. Not only was it the first commercial launch of a spacecraft with humans on board, but it also marked the first time U.S. astronauts had launched from U.S. soil in almost a decade.

"It's a humbling experience to be a part of what was accomplished with the SpaceX vehicle," Behnken said at a news conference on Tuesday. "It took years in the making, I think Doug and I were working at it for a solid five years to get to this point."

Since the shuttle was retired in 2011, U.S. and Canadian astronauts have relied on the Russian space agency's tried-and-true Soyuz rockets to get to the ISS at a cost of nearly $80 million per seat.

On Sunday, the pair returned to Earth on the Crew Dragon, splashing down in the Gulf of Mexico, off the coast of Pensacola, Fla., while tropical storm Isaias churned off the east coast of the state.

"When it performed as expected, and we could check off those events, we were really comfortable coming through the atmosphere, even though it felt like we were inside of an animal," Behnken said.

It was the first splashdown since 1975, following the Apollo-Soyuz test project between the Americans and the Soviet Union.

Unlike the splashdown of Apollo capsules, Behnken and Hurley remained in their capsule until they were brought aboard the retrieval ship, Go Navigator.

This was SpaceX's Demo-2 flight, which tested the capabilities of the Crew Dragon.

The next step for NASA and SpaceX is to assess the performance of the spacecraft. If the review goes well, regular flights from U.S. soil with SpaceX could begin no earlier than the end of September.

"To just share in that journey, that odyssey, that endeavour — as we named our ship — was just one of the true honours of my entire life," Hurley said.

Meanwhile, Boeing, the other commercial company contracted to launch astronauts to the ISS, still needs to conduct a successful orbital test flight of its CST-Starliner. Last December, the uncrewed capsule failed to reach the station in its test launch. 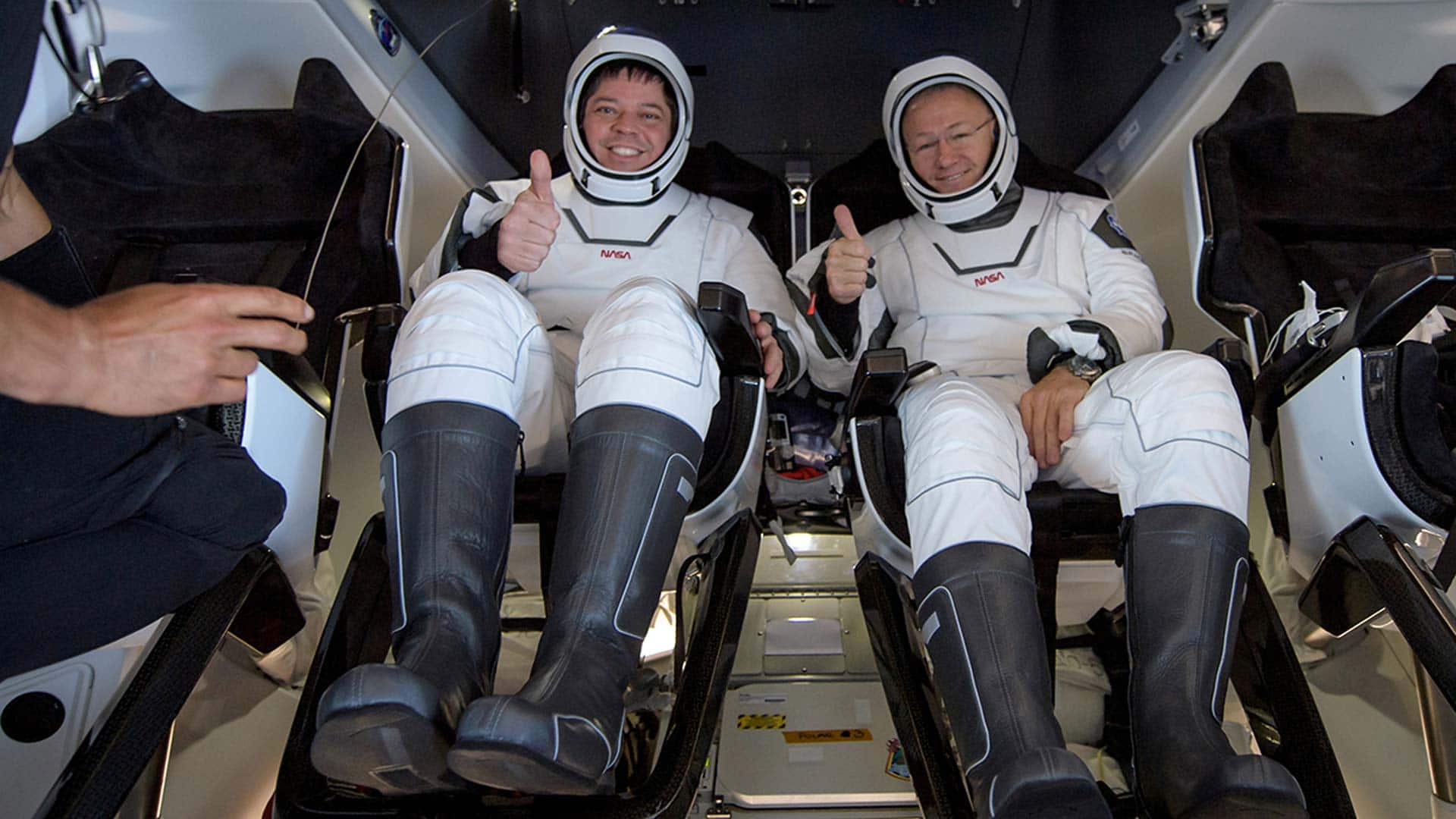 6 months agoVideo
2:04
U.S. Astronauts Robert Behnken and Douglas Hurley, who returned to Earth on the SpaceX Dragon capsule, describe the “surreal” experience of their test flight on a commercial spacecraft to the International Space Station. 2:04