Without drastic action, our planet is headed toward warming of 3.2 C in less than 100 years, according to a new report. The United Nations Environment Programme's annual Emissions Gap Report calls for urgent action to limit global warming to 1.5 C or 2 C by 2100.

Without drastic action, our planet is headed toward warming of 3.2 C in less than 100 years, according to a new report.

The United Nations Environment Programme (UNEP) released its annual Emissions Gap Report on Tuesday — 168 pages, compiled by 57 leading scientists from 33 institutions across 25 countries — calling on governments to act immediately, within the next decade, to limit global warming to 1.5 C or 2 C by 2100.

"By now, we know all we need to know. The science is pretty clear, and very frightening," said Anne Olhoff, head of strategy, climate and planning and policy for the UNEP DTU (Technical University of Denmark) Partnership. "But we also know we have the technological options that are needed, at least to the short to medium term."

The report assesses scientific studies on both current greenhouse gas emissions and estimated future emissions, comparing them with possible reduction targets to avoid warming the world more than 1.5 to 2 C.

Some key highlights from the report include:

Only five of the G20 nations have committed to targets in their Nationally Determined Contributions (NDC) that align with the ambition of the Paris Agreement to limit the rise in global average temperature to well below 2°C above pre-industrial levels.

Canada has not committed to a target that is in line with this scenario.

"It has to be not just verbal but some kind of written commitment," Olhoff said. "It doesn't have to be passed by law, but it could be a bill under development; it could be more formalized than mentioning it in public."

While, during the election campaign Prime Minister Justin Trudeau said the federal government would commit to legislate net-zero emissions by 2050 — even stating that Canada would be below the country's 2030 emissions goal — the current trajectory points to a different story.

In fact, the report notes, with current policies in place, Canada will be at least 15 per cent above target.

It does note, however, that Canada is committed to phasing out coal and implemented a carbon tax in its efforts to reduce emissions. It also notes that Canada's 2030 emissions are forecast to be 592 megatonnes, which is 223 megatonnes lower than was projected before its rollout of the Pan-Canadian Framework for Clean Growth and Climate Change. But it still misses the target of 511 megatonnes.

Gabriel Filippelli, a professor at the Purdue School of Science in Indianapolis, Ind., who was a senior science adviser for the U.S. State Department from 2013 to 2014, said that the difference between 2 C and 3.2 C warming may seem minor, but that's anything but the case. 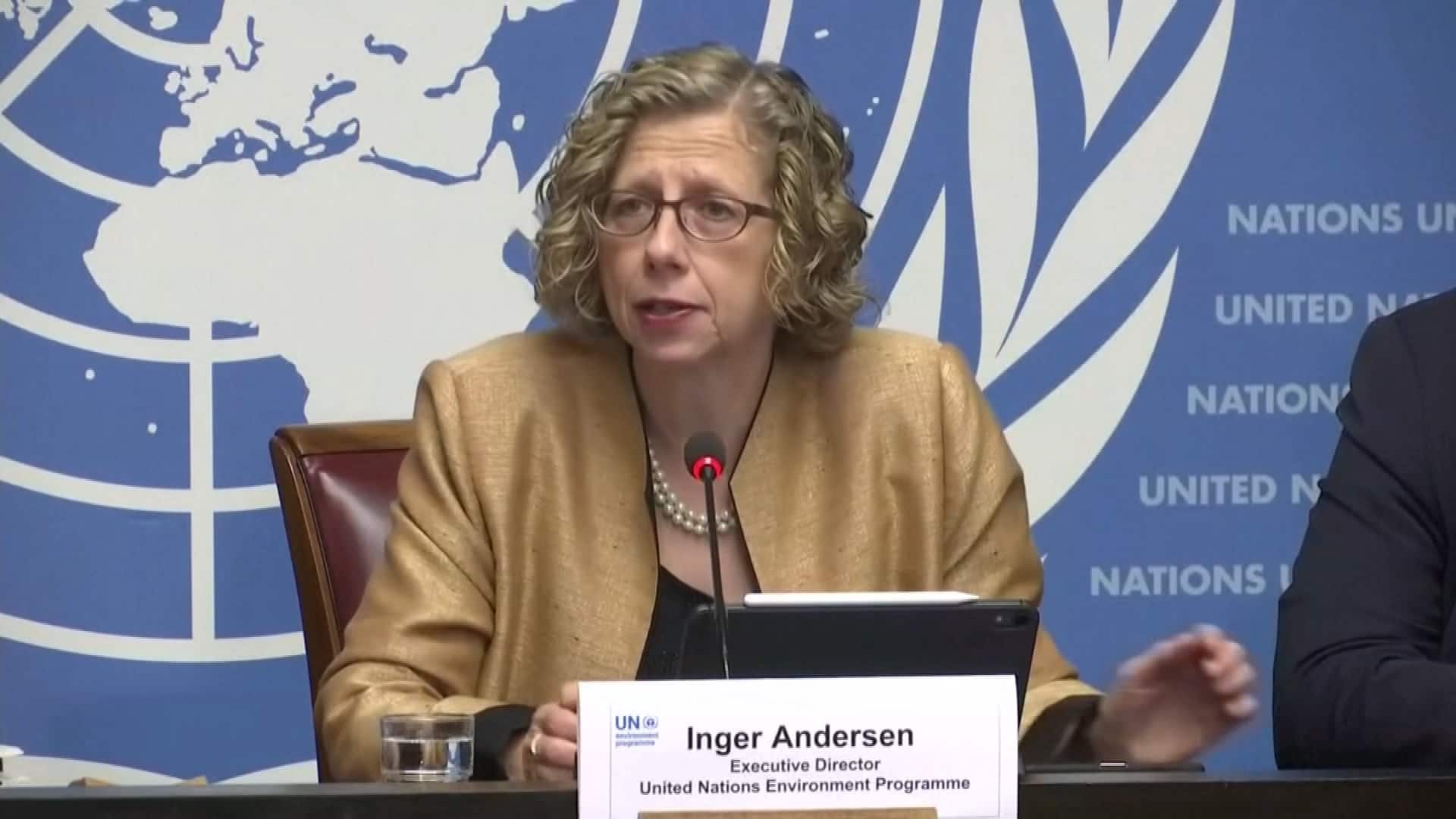 "It seems mathematically like we're playing around with numbers, but they are profound numbers," Filippelli said.

And he doesn't take those numbers lightly. He knows each fraction of a degree the planet warms means dire consequences, particularly in countries most vulnerable.

"It's frankly terrifying to me largely because, once again, it'll be a case where those countries that are the least responsible for the root cause of this … who will be first impacted, and in a major way."

His concerns are well-founded.

In October 2018, the UN's Intergovernmental Panel on Climate Change released a special report, Global Warming of 1.5 C, which looked at the difference between a world that had warmed by 2 C and one that warmed by 1.5 C.

The findings were dramatic.

Coral reefs were project to decline by 70 to 90 per cent at 1.5 C. There was a high risk of irreversible losses at 2 C of warming.

Millions of people could face poverty, flooding and drought if the planet warmed by 2 C.

But the IPCC didn't look at a world that warmed beyond than that.

"Looking at migration, [a 3.2 C increase] would make what we're seeing coming out Latin America now into Mexico and into the U.S. look like nothing," Francis said. "There's just going to be people suffering in places where it will become literally uninhabitable, where they won't be able to grow food anymore, where their animals won't be able to live anymore.

"That's what I worry about the most, the conflict and the misery that's going to happen around the world," she said. "That's what keeps me up at night."

What's more, she says, it's important for people to realize the end of the century isn't really that far away. It is just one lifetime: a mere 80 years from now.

And the consequences from a warming world aren't relegated to the next century: today's generations are already feeling the effects.

As is typical with any UN climate change report, there is a positive take.

Countries committed to the Paris Agreement and NDCs are set to meet in Madrid on Dec. 2 for the United Nations Climate Change Conference (COP25), and to meet in Glasgow in November 2020 to examine NDC efforts.

But the new report says, countries can't wait that long. Action needs to be taken immediately.

"We're seriously behind on this," Filippelli said. "It's all doable but … every month that we don't have aggressive action, we fall, frankly, four months behind."

The good news, the authors say, is that technology already exists that could help change our trajectory from 3.2 C.

Renewables and energy efficiency is one of the key measures to effectively reduce emissions, and the electrification of heat and energy and even transportation could make major headway.

With that, however, comes a hefty price tag: roughly $1.6 to $3.8 trillion annually over the next decade.

But it will be worth the cost, Olhoff said.