Violent turbulence: A look at what causes shakes mid-flight

Turbulence is a common occurrence during air travel. While it can be frightening or nauseating for some travellers, it's usually as routine as the in-flight movie.

Don't stress: you're more likely to die on a roller-coaster than due to air turbulence

Turbulence is a common occurrence during air travel. While it can be frightening or nauseating for some travellers, it's usually as routine as the in-flight movie.

Severe or extreme turbulence — sometimes colloquially known as violent turbulence — however, is another matter completely.

What is violent turbulence?

Among aviation professionals, all turbulence falls into one of four categories, with violent turbulence representing the two most-severe classifications.

This type of turbulence is so common it happens on nearly every flight, says veteran pilot and Seneca College aviation instructor Robert Johnson. It's the kind that causes "slight, erratic changes" to the plane's altitude or tilt, according to Transport Canada. Unless you're a nervous flyer, you'll probably be unfazed by this type of turbulence. At its lowest levels, you might not even notice it.

If you're a frequent traveller, you may have been unlucky enough to experience moderate turbulence, where the plane's altitude could change by up to six metres. Your drink will probably spill, and you'll feel a definite strain against your seatbelt.

"With severe [turbulence], you definitely get tossed about and can have injuries," says Johnson. He adds that the pilot could momentarily lose control of the plane, regaining it quickly. The plane's altitude could change by up to 30 metres.

During this extremely rare type of turbulence, "pilot control is definitely lost and there is a very significant risk of aircraft damage," says Johnson.

While he stresses these categories are subjective, Johnson says he would classify the turbulence on the American Airlines flight recently diverted to St. John's as severe, not extreme, due to the lack of reported damage to the plane. That flight — heading from Miami to Milan — saw five people injured.

The most common type of turbulence is called "clear-air turbulence," says Johnson. It occurs when cold and warm air come together. It's most common at altitudes of 7,000 to 12,000 metres.

Clear-air turbulence feels more severe to passengers than it does to the crew on the flight deck, which can make for a stressful flight.

However, all forms of air turbulence can be caused by a number of factors, including heat, jet streams and flying over mountain ranges. Severe turbulence is often attributed to a combination of these elements that make the air even more unstable.

A severe thunderstorm can also cause violent turbulence; pilots tend to avoid flying in thunderstorms for that very reason.

Violent turbulence is not particularly common, especially since experienced pilots know how to avoid it.

In a career spanning more than 30 years, Johnson says he's encountered severe turbulence only a few times, and that was while flying a cargo plane, not a passenger plane. He's never experienced extreme turbulence and says most pilots, let alone travellers, never will. Even moderate turbulence is relatively rare, he says.

Can it be detected in advance?

Pilots and air traffic control bodies do their best to avoid turbulence by studying the weather patterns before each flight.

Prior to and during a flight, pilots take into account factors like turbulence reports, from others who have recently flown that path, and the presence of mountain ranges and cumulonimbus clouds, which are associated with thunderstorms. Air traffic controllers remain in constant contact with pilots during the flight, allowing them to relay this helpful information to each other and chart the best routes.

Clear-air turbulence cannot be accurately forecast and is extremely difficult to detect on radar. To avoid these rough patches, pilots primarily rely on reports from other aircraft.

How often does turbulence cause injuries or death?

Turbulence rarely causes injuries. According to Transport Canada, only 31 people were known to be injured by turbulence on Canadian airlines or in Canadian airspace in 2015. This includes minor injuries. Twenty-one of the reported injuries were on a single Air Canada flight in late December that encountered severe turbulence en route to Toronto from Shanghai. The plane was forced to land in Calgary. 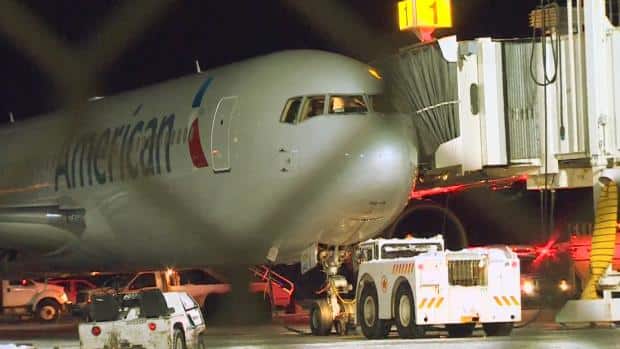 Between 1980 and 2009, the U.S. Federal Aviation Administration noted just three deaths due to turbulence. One of the fatalities was a flight attendant, while the other two were passengers who weren't wearing seatbelts. According to data from an American study, you're about 26 times more likely to be killed riding a roller-coaster than by air turbulence.

Can turbulence cause a plane crash?

In one oft-cited accident 50 years ago, the tail fin of a British Overseas Airways plane was torn apart by severe turbulence, causing the aircraft to crash.

However, planes today are designed to be much stronger. Modern commercial aircraft were created to withstand forces one-and-a-half times stronger than anything that's been encountered in the last 40 years of flight.

Substantial damage to a plane by extreme turbulence is still possible, but it's extremely rare and a crash is even more unlikely. In 1993, severe turbulence tore an engine from a cargo plane over Alaska, but the plane was still able to land safely.

Is turbulence affected by climate change?

Unfortunately for frequent travellers, scientists say global warming could more than double the amount of turbulence by 2050 and increase its severity by 10 to 40 per cent. A study found that clear-air turbulence rates rose between 40 and 90 per cent over North America and Europe from 1958 to 2007.