The world's largest surviving marsupial carnivore, the Tasmanian devil, has been returned to the wild on Australia's mainland for the first time in 3,000 years.

The world's largest surviving marsupial carnivore, the Tasmanian devil, has been returned to the wild on Australia's mainland for the first time in 3,000 years.

Actor couple Chris Hemsworth and Elsa Pataky joined conservation groups last month to release 11 of the animals into a wildlife sanctuary in New South Wales, with more releases to follow.

Devils, the size of a small dog and made famous by the fierce Looney Tunes cartoon character known as "Taz," were listed as endangered on the United Nation's Red List in 2008. 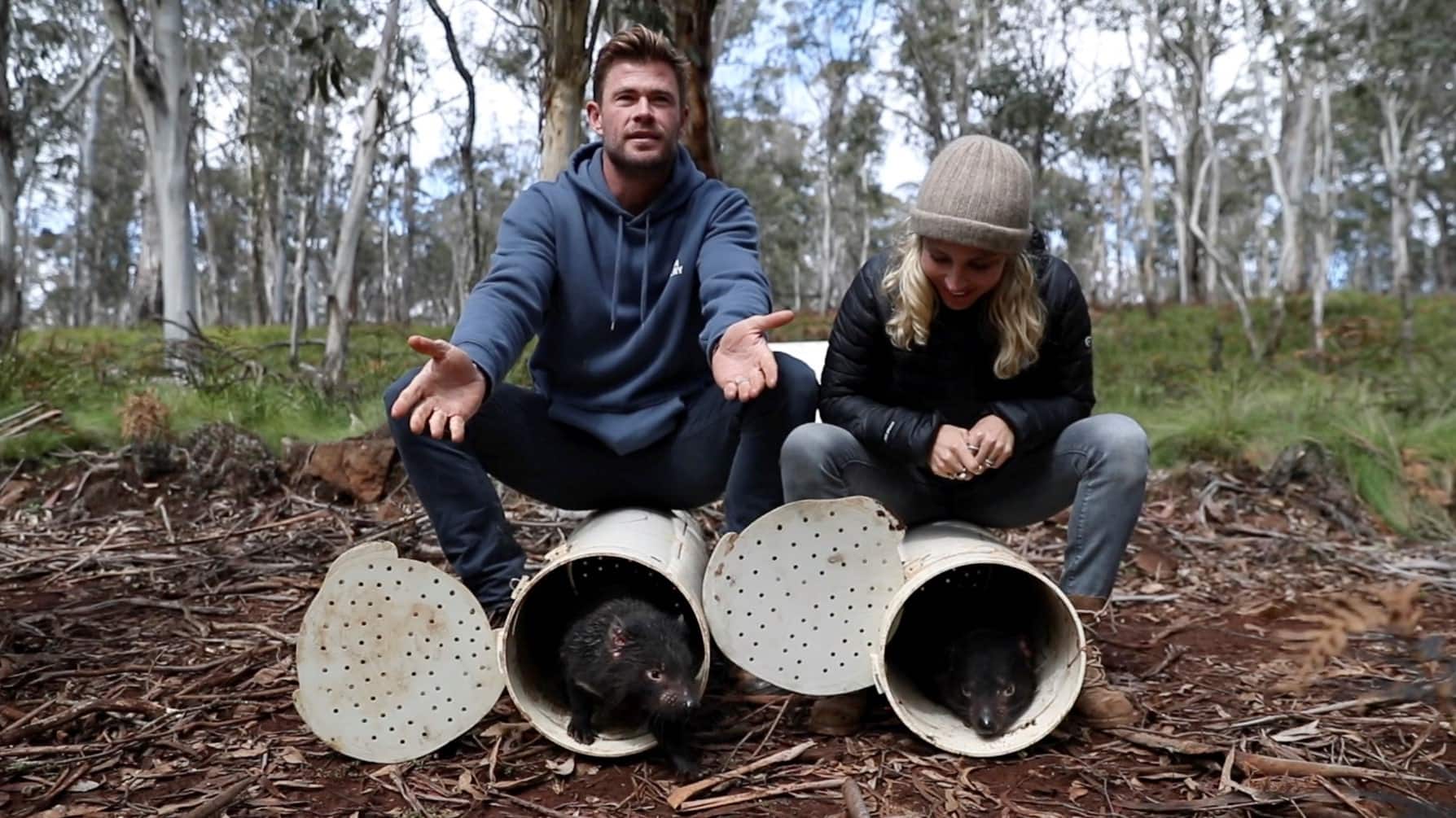 2 months agoVideo
1:09
After being wiped out by predators 3,000 years ago, Tasmanian Devils have been reintroduced to mainland Australia with the help of actor Chris Hemsworth and conservation groups. 1:09

It is the "the first time in 3,000 years, or thereabouts, that the Tasmanian devil has roamed mainland forests and as an apex predator, it's critically important," said Tim Faulkner, president of conservation group Aussie Ark.

Aussie Ark, which has worked on the program with Global Wildlife Conservation and WildArk, has been breeding young devils and plans to release 20 more next year, and another 20 the following year.

Faulkner said it was a "monumental" moment in rebuilding Australia's ecosystem.

"This release of devils will be the first of many," he said. "We've bred nearly 400 joeys, and we're at the point now that we're able to harvest some to return to the wild."

Hemsworth, best known for playing Thor in Marvel Cinematic Universe films, said: "We've laid some traps to catch the devils, and then we're going to release them out into the wild."

Tasmanian devils were wiped out from the mainland after being hunted by dingoes, a pack animal, and have been confined to the island state of Tasmania. But numbers there, too, have dropped since the 1990s due to a facial tumour disease.

Australia has the worst mammal extinction rate in the world and the re-introduction will help re-balance the ecology that was damaged by the introduction of invasive predators, Faulkner said.