​​​​​​​SpaceX's astronaut-riding Dragon capsule has docked at the International Space Station, after a historic liftoff from Florida.

SpaceX's astronaut-riding Dragon capsule docked at the International Space Station on Sunday, just hours after a historic liftoff from Florida.

NASA astronauts Doug Hurley and Bob Behnken reported that the capsule was performing beautifully, as they closed in for the docking.

The gleaming white capsule was easily visible from the station, its nose cone open exposing its docking hook, as the two spacecraft zoomed a few kilometres apart above the Atlantic, then Africa, then Asia.

It's the first time a privately built and owned spacecraft carried crew to the orbiting lab and the first spaceflight of NASA astronauts from U.S. soil in 9 years.

The craft is an "exciting ride," and "not like the simulator," Brehnken said as the capsule was linked up to the space station.

In case of a problem, the astronauts slipped back into their pressurized launch suits for the docking. The three space station residents trained cameras on the incoming capsule for flight controllers at SpaceX headquarters in Hawthorne, Calif., as well as NASA's Johnson Space Center in Houston.

SpaceX launched the Dragon from Kennedy Space Center on Saturday afternoon, the first astronaut launch to orbit from the U.S. in nearly a decade. Thousands jammed surrounding beaches, bridges and towns to watch as Elon Musk's company ended a nine-year launch drought for NASA in spectacular fashion.

In a show-and-tell earlier Sunday morning, the astronauts gave a quick tour of the Dragon's sparkling clean insides, quite spacious for a capsule. They said the liftoff was pretty bumpy and dynamic, nothing the simulators could have mimicked.

The blue sequined toy dinosaur on board, named Tremor — a stowaway honouring their young sons' love of dinosaurs — was also in good shape, Behnken assured viewers. Tremor was going to join Earthy, a plush globe delivered on last year's test flight of a crew-less crew Dragon.

WATCH | The liftoff from Cape Canaveral, Fla., on Saturday: 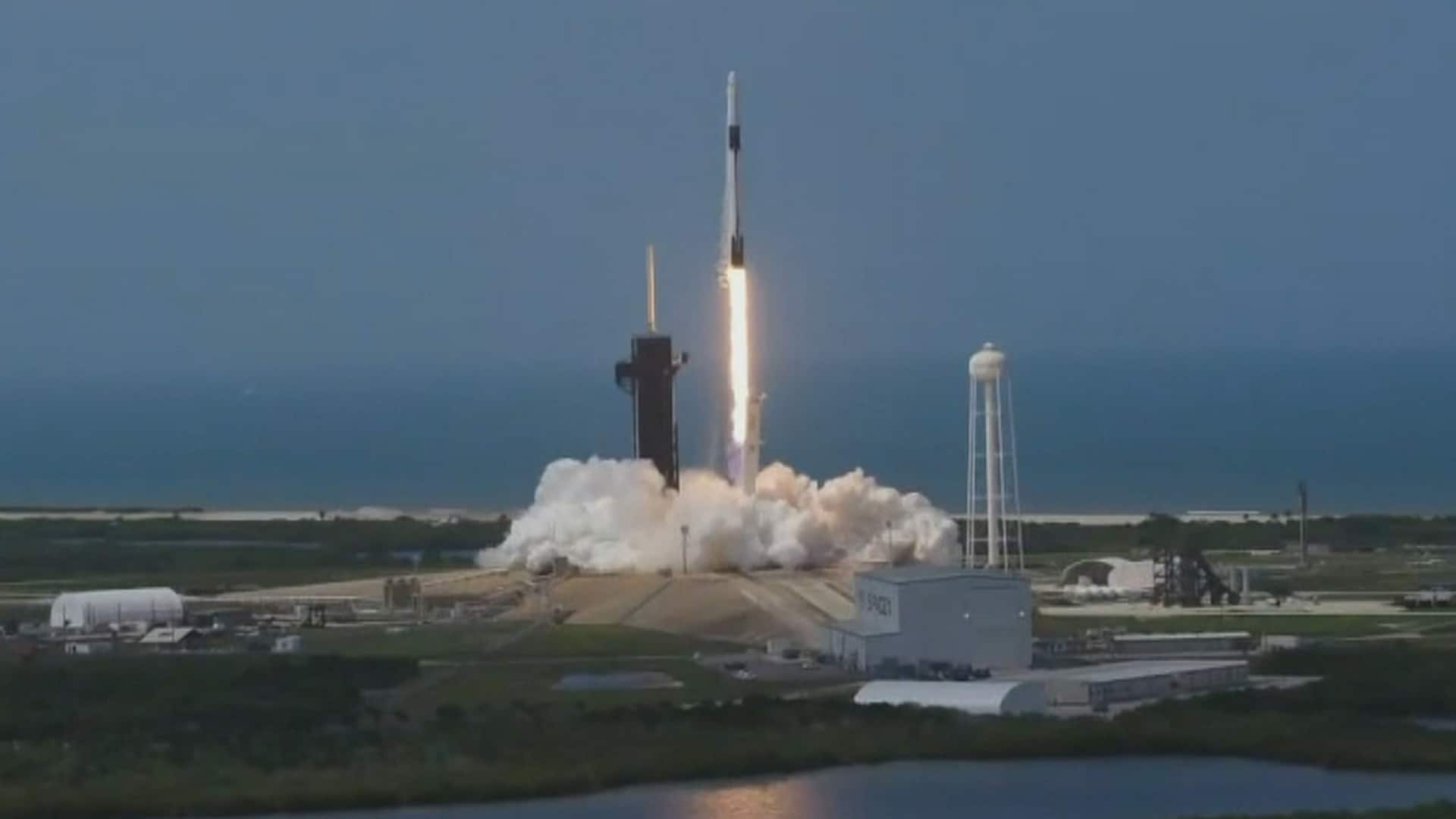 4 months ago
0:46
SpaceX successfully launched its manned flight Saturday afternoon. It will take 19 hours for the astronauts to reach the International Space Station. 0:46

Behnken said both toys would return to Earth with them at mission's end.

NASA has yet to decide how long Hurley and Behnken will spend at the space station, somewhere between one and four months. While they're there, the Dragon test pilots will join the one U.S. and two Russian space station residents, doing experiments and possibly spacewalks to install fresh station batteries.