Many communities along Lake Erie are dealing with record-high water levels and significant erosion of the shoreline, and it's forcing some residents to consider abandoning their properties. 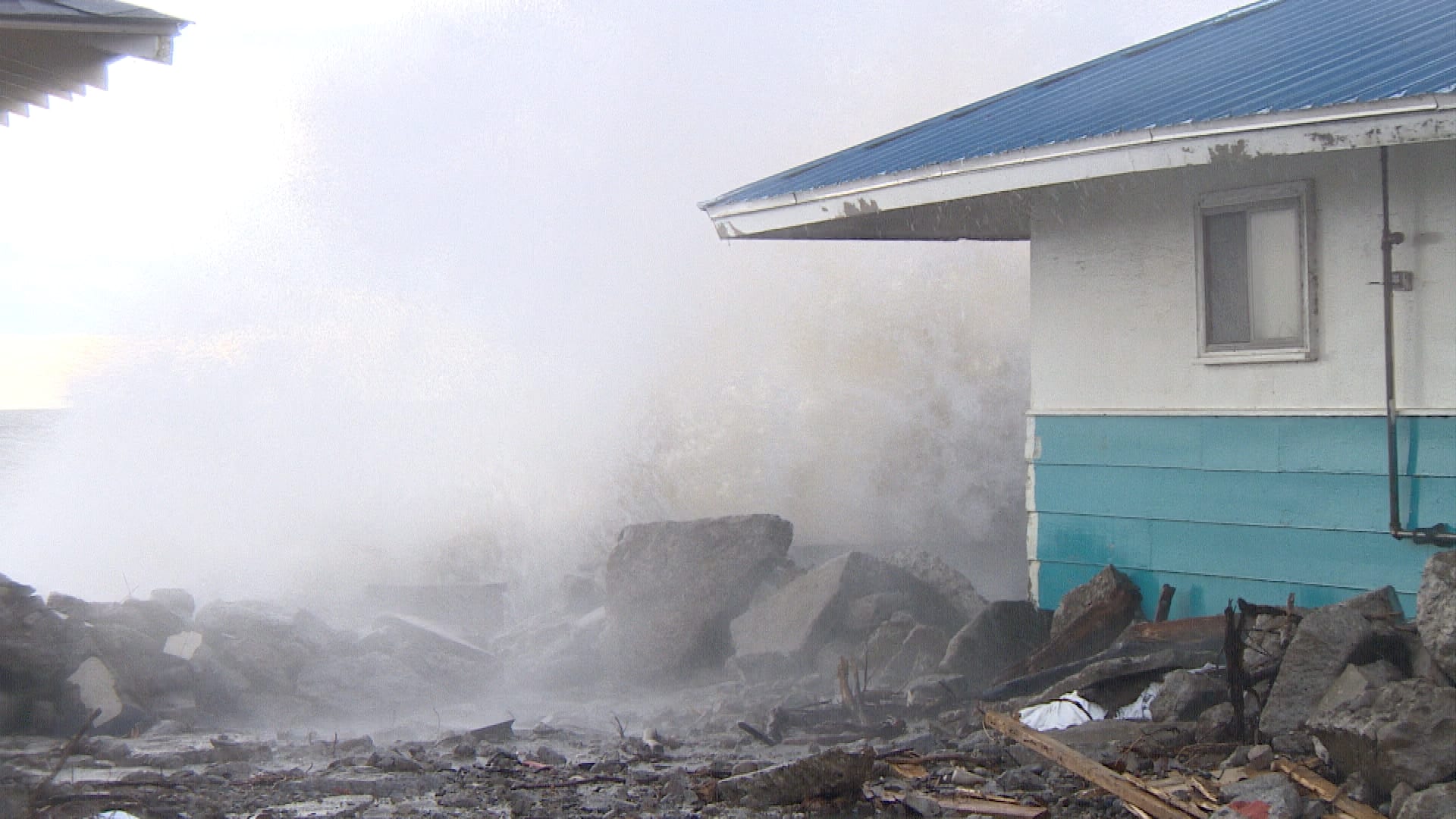 1 year agoVideo
0:41
Waves crash into homes along a stretch of the Lake Erie shoreline facing erosion 0:41

Sue O'Brien gets anxious — "shaky," she said — as soon as a storm is in the forecast.

"We call it PTSD, and I don't think that's a stretch," she admitted. "As soon as the winds start … you start getting really worried."

O'Brien, who is now retired, said she has spent $100,000 trying to fortify her property on the edge of Lake Erie. Her backyard is guarded by a steel barrier, many of her windows are permanently boarded up and sandbags surround the foundation of her home.

But every storm betrays the cruel futility of her efforts. As the winds pick up, so does the water, as four-metre-high waves slam into cottages already gutted by nature's wrath. The lake takes over O'Brien's backyard and gushes around to the front of her home.

"We used to have sand and beach," she said. "This year has been like a nightmare."

O'Brien lives on Erie Shore Drive, a stretch of road near Chatham-Kent in southwestern Ontario that was originally built as a dike.

It's prone to flooding, but O'Brien and her neighbours aren't alone in their struggle. Many communities along Lake Erie have faced a challenging combination over the past year: record-high water levels and significant erosion of the shoreline.

This double whammy has caused property sizes to shrink as the lake swallows land, and has forced some homeowners to make the painful decision to either continue to try to save their lots or abandon them.

Chris Bradley said he had no choice but to leave. He bought his cottage near Long Point, further northeast along the shore of Lake Erie, in July 2011. He said that at the time, he had about 12 metres of beachfront. But over the past few years, it has vanished.

The water rose and didn't recede. Waves knocked his cottage from its foundation, ripping away the facade looking out over the lake and destroying most of the building's structure, leaving many of his family's belongings strewn about the shore.

Last month, Bradley watched as a demolition crew tore down what was left. He likened it to the death of a dream.

"I expected to come here and see my grandchildren hanging out with us, and instead I'm watching it disappear," he said. "On a logical level, I understand it, but on a personal level, it sucks."

Like O'Brien, Bradley has lost a staggering amount of money trying to protect his property. He said he's out about $400,000.

"It's really sad," he said. "Frankly, if I were to go back [in time], I never would have bought the place."

Chris Bradley watches as a demolition crew tears down his cottage: 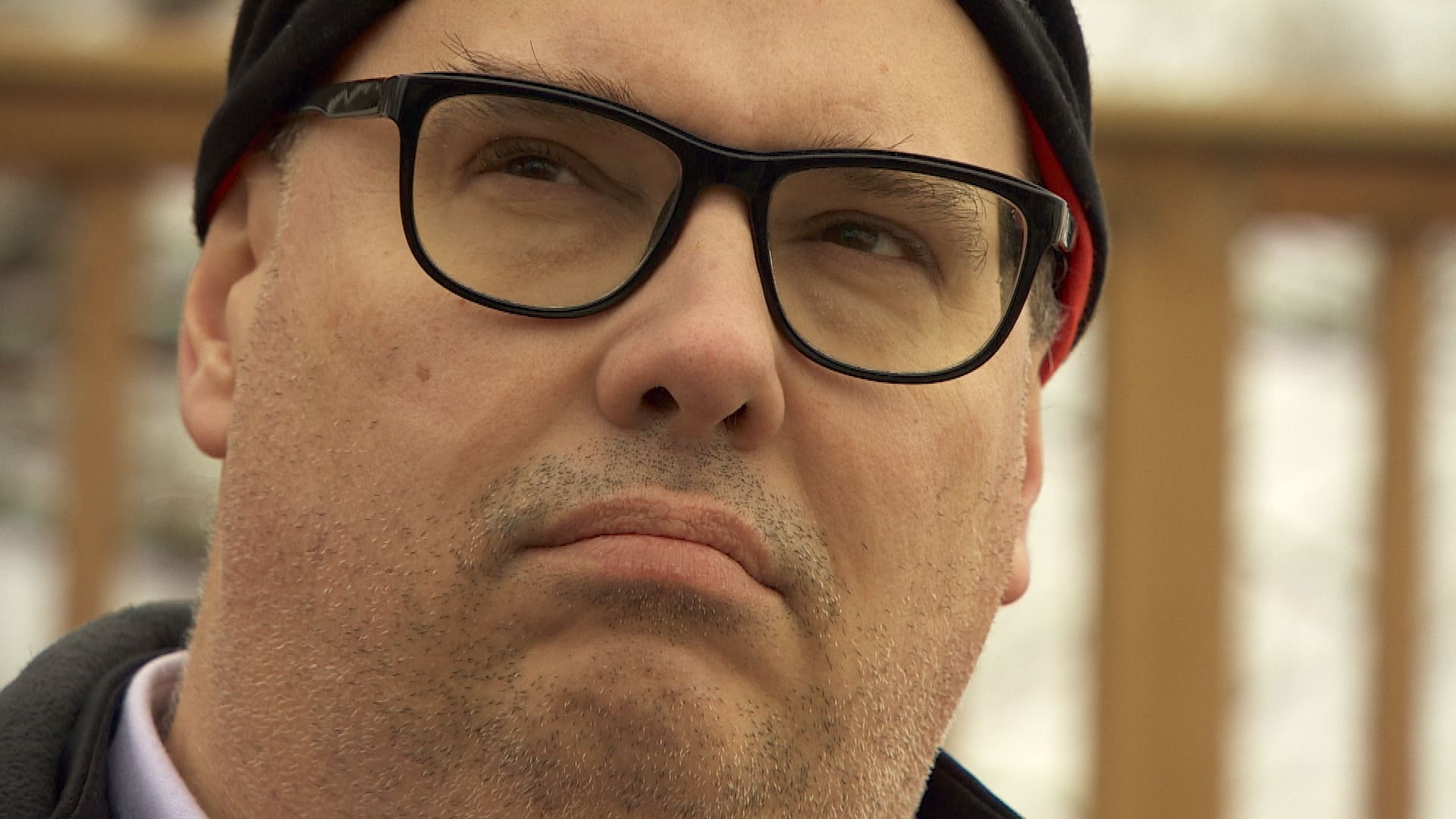 Homeowner watches his cottage be demolished

1 year agoVideo
1:00
Cottage owner Chris Bradley says he had no choice but to demolish his cottage after it was damaged by shoreline erosion 1:00

A 'battle versus nature'

The cost of protecting private lakefront property falls on individual owners, who are expected to get a work permit from Ontario's Ministry of Natural Resources and Forestry or local conservation authorities to make repairs to eroded shorelines.

While the province said it recently streamlined the process, some homeowners want the government to take action to ease the erosion itself — especially since it may get worse over the coming years.

Peter Zuzek, a geological scientist studying the impacts of climate change on the Lake Erie shoreline, said the water could rise by another half-metre by the end of the century.

"That's important, because we already have tremendous challenges with the current levels," he said. "Living on the edge of a lake is a beautiful experience, but you have to be willing and prepared to fight that battle every day versus nature."

Zuzek's study is being supported, in part, by Natural Resources Canada's Climate Adaptation Program, along with the municipality of Chatham-Kent and the Lower Thames Valley Conservation Authority.

The municipality has held several community meetings, which have been attended by hundreds of worried residents who've come together to talk about solutions. Potential plans have ranged from elevating roads to building large revetments, or retaining walls, along the shoreline.

But those proposals cost tens of millions of dollars — money that just isn't there. Residents, frustrated with their lack of options, use the meetings to vent.

"My 12-year-old son thinks he's going to be able to live there," said Renata Palmateer, referring to her home not far from the lake. "And I'm thinking, No, you won't be able to."

It's important to remember the cyclical nature of water levels in the Great Lakes, said Robin Davidson-Arnott, professor emeritus of geography at the University of Guelph.

"We have about 100 years of really great lake measurements on all the Great Lakes," he said. "So what we're seeing is something we've seen many times in that 100 years. It's quite normal."

Residents along the shoreline hope that prediction is right. In the meantime, they continue to pay the price for living beside the water.

O'Brien fears bankruptcy may be in her future, but the thought of leaving the home she's lived in for nearly 30 years is too painful.

"This has been my life investment," she said. "We're going to stay as long as we can."

Ellen Mauro is a senior reporter based in Toronto. She was formerly posted in Washington, D.C. where she covered the Trump White House for CBC News. Previously, she was posted to CBC's London, U.K. bureau where she covered stories across Europe and Africa.