Climate emergencies have been declared by countries like Canada, Portugal, Ireland and France, and in cities such as Paris, New York, Toronto and Vancouver. Now a collection of 11,000 scientists from 153 countries is doing the same.

Climate emergencies have been declared by countries like Canada, Portugal, Ireland and France, and in individual cities such as Paris, New York, Toronto and Vancouver. Now a collection of 11,000 scientists from 153 countries is doing the same.

In a declaration published Tuesday in the journal BioScience, the collective put forth six "critical and interrelated steps" that governments and policy-makers should take into account in order to reduce the effects of climate change, which are:

"Our goal is to make it extremely brief and easy to understand, so we get a wide readership of the paper," said co-author William Ripple, a distinguished professor of ecology at Oregon State University. "Our goal is to have more individuals from the public and policy-makers read it."

Though the paper doesn't dive into specifics for the six steps, Ripple said there is a longer online supplement people can read should they want to further explore each topic.

The declaration comes just two years after 15,000 scientists from 184 countries issued a similar "warning to humanity" over the fragile state of our planet.

Ripple co-wrote both papers — alongside his colleague Christopher Wolf — and said he was "overwhelmed" by the reaction to the 2017 warning.

"It changed my life," he said. "The paper had significant attention from scientific colleagues and the general public and some … policy-makers. That paper struck a chord with a lot of people."

Following that warning, Ripple and his colleagues formed the Alliance of World Scientists, a collective of 23,000 members from 180 countries.

Why issue this declaration?

With climate emergencies now being declared around the world, why was it important for the Alliance to issue one?

"There are a lot of government bodies that have already declared [climate] emergencies … but so far no large group of scientists has declared a climate emergency," explained Ripple.

Sheila Colla, a conservation biologist and assistant professor at York University who signed the declaration, said it's important for these declarations to come from a wide variety of sources — and perhaps particularly from scientists.

"You … need lots of different movements to sign on to these things," she said. "We know the youth have been kicking [scientists'] butts on this for a year now." 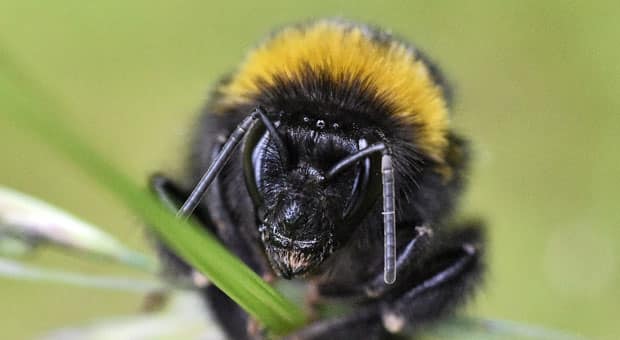 Climate crisis a threat to pollinators like bumblebees, signatory says

12 months ago
6:08
Sheila Colla, a conservation biologist who is one of 11,000 scientists who signed a climate emergency declaration, explains how the ongoing crisis impacts pollinators like bees. 6:08

Not all of this declaration's signatories work in climate science — something Ripple says is vitally important when it comes to the discussion around climate change.

"What we wanted was a wide diversity of scientists in many different disciplines, because climate change has moved beyond a topic just for climate scientists," Ripple said.

"We're asking for and suggesting in our paper that we have a transformative change in society. And this involves economics, and the population, and what we eat, and how we function, and our politics. So having a wide variety involved in the paper seems most appropriate."

Colla, who specializes in the study of pollinators, like bumblebees, said she signed the declaration because climate change affects everything in our lives.

"Being a pollinator/conservation scientist is seeing how much is interconnected in terms of the land, our food, the wildlife that pollinates, that provides ecosystem services, and the climate," she said. "Climate change isn't something that any ecologist can ignore."

In 2015, Colla published a study on climate change and bumblebees in the journal Science that suggests bumblebees are losing their southern habitat in North America and Europe as a result of climate change, but are not making the shift northward or to higher elevations.

This is of deep concern, she said, as bees are important pollinators for agricultural crops.

"Scientists, especially climate scientists, realize this is something rippling through all of our study systems," Colla said. "And there are, in my case, repercussions for our food security."

Gwenn Flowers, a glaciologist and graduate program chair with Simon Fraser University's Department of Earth Sciences, also signed the declaration, noting her work is also affected by a warming planet.

"Twenty-five years ago, I hiked up to Wedgemount Lake, north of Whistler, B.C., and took a picture of the glacier, which had just retreated to the edge of the lake," she said in an email interview. "I went back to that very same spot this fall. The glacier had thinned dramatically and retreated back from the lake by 600 metres (about six soccer fields). It was stunning."

For Flowers, it's important that governments and other policy-makers see the need to act now.

"I signed this declaration as a scientist whose work (studying snow and ice) examines some of the direct effects of climate change, from sea-level rise to freshwater scarcity," she said. "I wanted to lend my voice to this statement that reaffirms how serious the climate change crisis truly is."

When asked why fewer scientists signed this declaration than the 2017 warning, Ripple said there was a shorter period to sign before this paper was released. He notes, however, that scientists interested in adding their names can still sign it on the Alliance's website.

Ripple said he also hopes that the paper's suggestions will be taken seriously by policy-makers.

"In general, countries do not appear to be meeting their stated goals and milestones for reducing carbon dioxide emissions, so I'm quite concerned with the lack of progress," he said.

It's a sentiment echoed by Flowers — and not just globally, but here at home.

"What worries me is that our government is not taking this issue seriously enough from a policy perspective and … short-sighted priorities fail to acknowledge the tremendous cost of inaction," she said.